7 Movies You Can't Remember Who The Villain Really Was 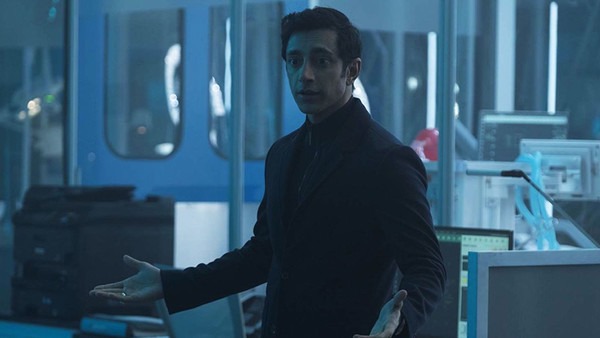 Despite its overall mediocrity, Venom did a fantastic job of reimagining its titular character as a hilariously psychotic anti-hero.

However, much like Deadpool, Eddie Brock's (Tom Hardy) battles with the symbiote that has infested his body are far more entertaining than the presence of crazy financier Carlton Drake (Riz Ahmed).

Drake is a terribly uninteresting character with few distinguishing personality qualities, despite the talented Riz Ahmed's best efforts to raise him beyond the trappings of a slick, suited-up corporate billionaire.

You may recall that he bonds with another symbiote at the conclusion of the movie, but you probably don't recall that this monster is named Riot - and that's completely understandable.

Finally, Drake/Riot felt like filler, while the film laid the stage for the next sequel's Venom vs. Carnage (Woody Harrelson) showdown.

A good day to die hard 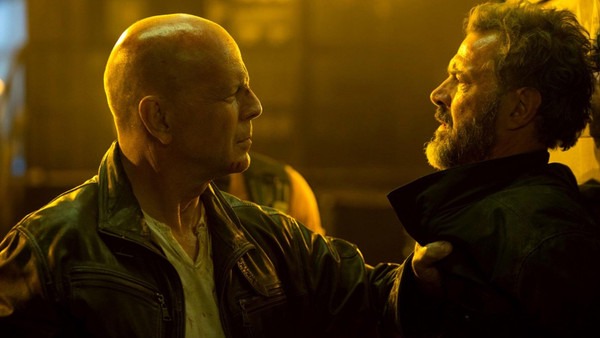 But try to find a fan of the genre who can name the primary villain in the ludicrous fifth installment, A Good Day to Die Hard.

Despite the presence of a number of forgettable Eastern Bloc bad guys out for the blood of John McClane (Bruce Willis) and his son Jack (Jai Courtney), the ultimate baddie is revealed to be Yuri Komarov (Sebastian Koch), who wants €1 billion in weapons-grade uranium.

He's a guy as generic as his plot, and the only thing you'll remember about him is his horrible demise, in which Jack hurls him into the rotor blades of a chopper. Nice.

Rise of the planet of the Apes 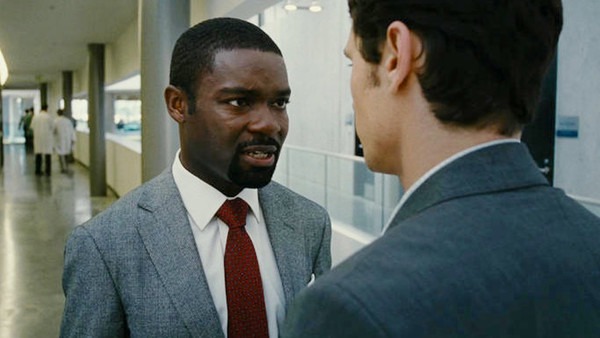 Despite being an unexpectedly fantastic film, Rise of the Planet of the Apes suffers when it comes to its major villain.

We're introduced to Steven Jacobs (played by a horribly wasted David Oyelowo), a businessman with little care in ethics or safety when there's money to be earned, to firmly hammer home the tensions between a fleet of imprisoned "smart apes" and their human keepers.

He's shown to have an active hatred towards apes while rejecting clear warning signs that his research project ought to be stopped down.

In consequence, he is responsible for not only starting the conflict between apes and humans, but also for unleashing the plague that wipes out a large portion of humanity.

Unfortunately, he never rises above being a predictable business magnate caricature, and all you'll remember about him is his comical overkill death, in which Koba lets him fall hundreds of feet off the Golden Gate Bridge.

When you consider that both sequels delivered a handful of fascinating antagonists between them - especially Dawn of the Planet of the Apes' furious Koba - Jacobs being such a damp squib stands out even more (Toby Kebbell). 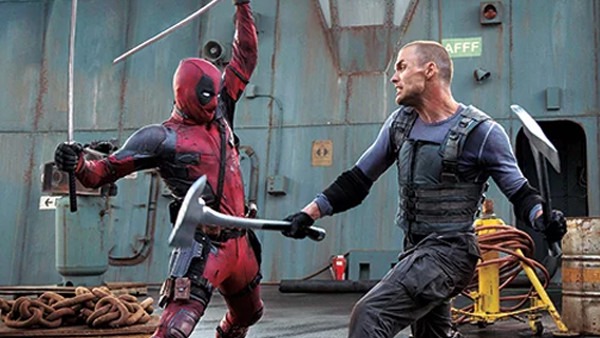 Deadpool is a famous example of a superhero film in which the hero's personality much outweighs that of the antagonist.

Of course, Ryan Reynolds is a gigantic mountain of charm and charisma, so any actor playing the bad guy opposite him was going to struggle, but were they even trying with Ajax (Ed Skrein)?

Ajax is the man responsible for Wade Wilson's (Reynolds) mutation, but he's more of a prop to serve Deadpool's origin tale than a genuine character in his own right, thanks to Skrein's mediocre performance and the paper-thin screenplay.

To be honest, the fact that you're more likely to remember him as Francis rather than Ajax tells it all.

Thankfully, the antagonists in Deadpool 2 were far more fulfilling, with Firefist (Julian Dennison) gradually evolving from a ferocious apocalyptic danger to a likeable superhero. 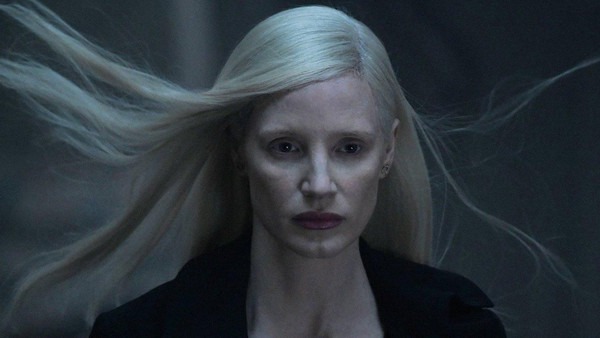 To put it mildly, Fox's final major foray into the X-Men storyline was a complete disaster, and nowhere was this more clear than in Jessica Chastain's shape-shifting extraterrestrial nemesis.

It's safe to say that 99 percent of individuals who saw the movie had no idea who her character was. Despite the fact that Chastain plays Vuk, a D'Bari race member, her character's name and race are only stated once throughout the film.

You'd be excused for forgetting that Jean Grey (Sophie Turner) was egged on by a villain, given the film's title and focus on her struggle to manage her Phoenix Force abilities.

Jean Grey going rogue (no pun intended) and threatening to destroy the planet would've been enough villainy for one film, but writer-director Simon Kinberg tossed in a hilariously underdeveloped supplementary antagonist who was supposed to be the main villain for reasons that will likely never be revealed.

Given Vuk's complete lack of personality and uninteresting goals, no one could be faulted for forgetting she's even in the movie. 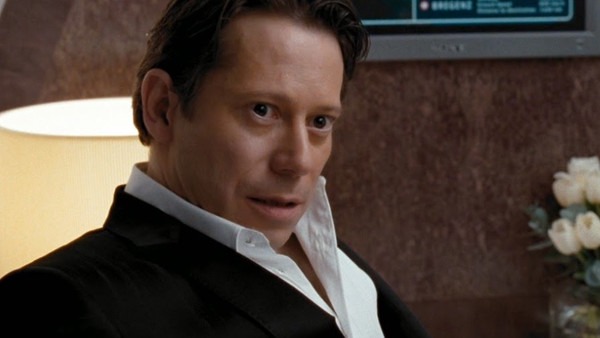 Whatever you think of this polarizing Bond film, we can all agree that it boasts one of the most pathetic major villains in the series' history.

Though Dominic Greene's (Mathieu Amalric) plan to organize a coup in Bolivia and seize control of the region's water supply is unique enough to be intriguing, Greene is tragically a one-dimensional figure.

Amalric is an excellent actor, but he fails to endow Green with much terror or individuality, ensuring that he never rises above the level of a typical wealthy, well-dressed megalomaniac. Then it's the same stuff we've seen in at least 15 previous Bond films.

Given that Mr. White (Jesper Christensen) was introduced in Casino Royale, it's a shame that he's been shunted to the periphery here in favor of a standard Eurotrash baddie who makes no impression at all.

Greene went through the gaps almost immediately, sandwiched between Mads Mikkelsen's La Chiffre (Casino Royale) and Javier Bardem's Raoul Silva (Skyfall), and only the most diehard Bond fans could recollect his name without prompting.

Jumanji: welcome to the jungle 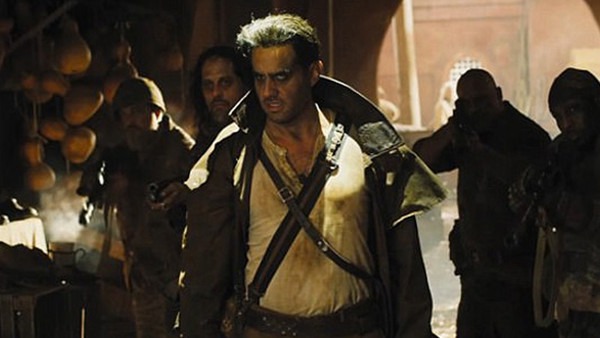 Jumanji: Welcome to the Jungle's self-awareness guarantees that much of the film is devoted to mocking video game and adventure movie stereotypes, thus the fact that the Big Bad is little more than a thin sketch is definitely not an accident.

While you may argue that Jumanji is the heroes' main adversary, villainy is most clearly represented by scheming archaeologist Professor Russell Van Pelt (Bobby Cannavale).

Pelt appears for only a few minutes in the film, effectively serving as filler in a narrative - and a game - that already has plenty to hurl at the distressed protagonists.

Cannavale's talents were clearly wasted in this position, but at the very least he (presumably) made a tidy profit. 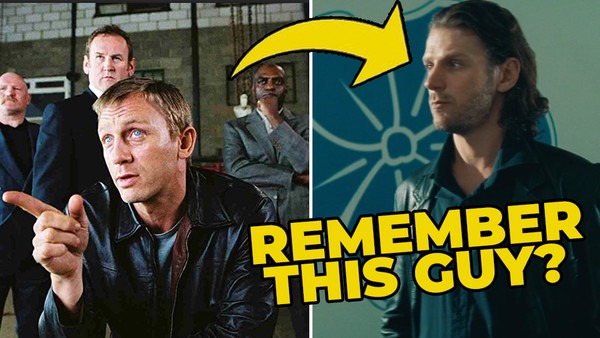