Drake followed Uncle Waffles, after she made waves when she posted the video of herself making people dance to her groove with her DJing skills on the turntables.

Uncle Waffles is a Swaziland born DJ but currently based in South Africa. And it seems things are going well for the young DJ ever since she showed up, thanks to the trending video that she shared on social media when people were dancing to her groove. After that, media personalities including Drake followed her on social media. 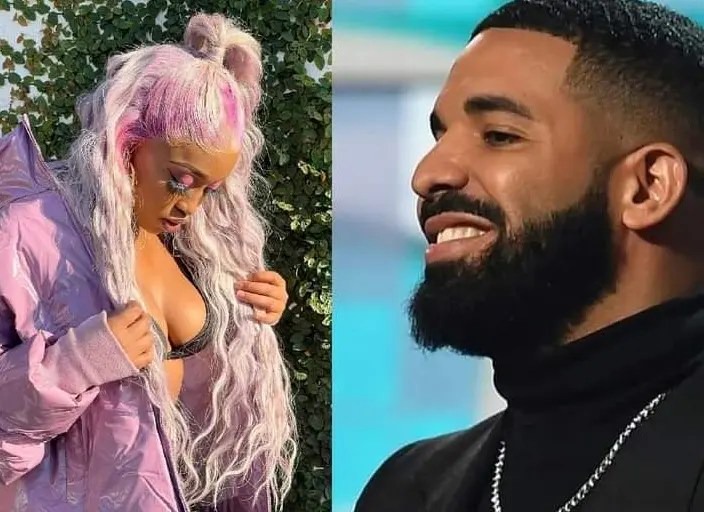 Social media users never took long to start breathing down Kamo Mphela's neck and suggested that she is jealous that Drake followed Uncle Waffles, instead of her.

But Kamo Mphela, has decided to shut down claims of being jealous of DJ Uncle Waffles who got followed on Instagram by the American rapper Drake.

Just few days ago when the DJ was making waves in the industry and that led to her being followed by the Canadian-born star Drake, and this made headlines, and this is what led to social media users suggesting that she might be jealous of DJ Uncle Waffles.

Social media users knowing how Kamo Mphela likes the American rapper, here is one of the comments that was shared, "I'm sure wherever Kamo Mphela is she's struggling to breathe," said a tweep.

According to social media, here is a screenshot of the comment that was shared by the social media user. Kamo Mphela noticed this tweet and never took time to respond and asked why would she be like that.

Yeah below is a screenshot taken from her hey page where she asked the question, and what the social media user responded by. 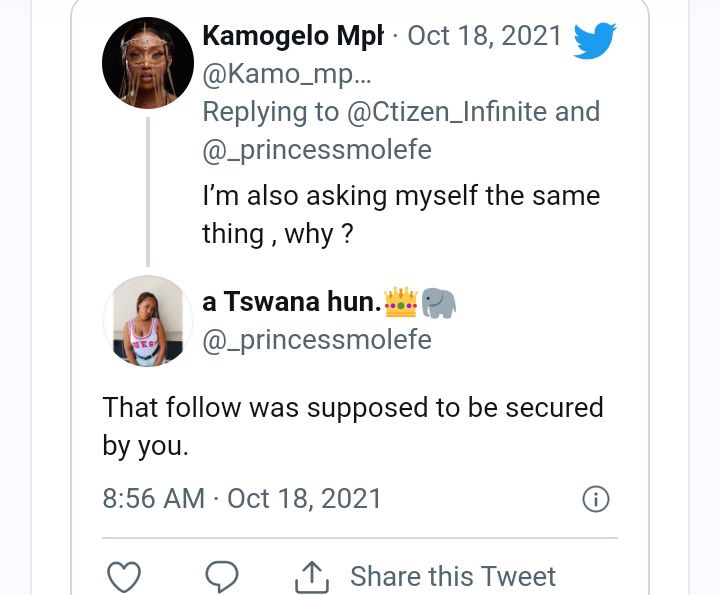