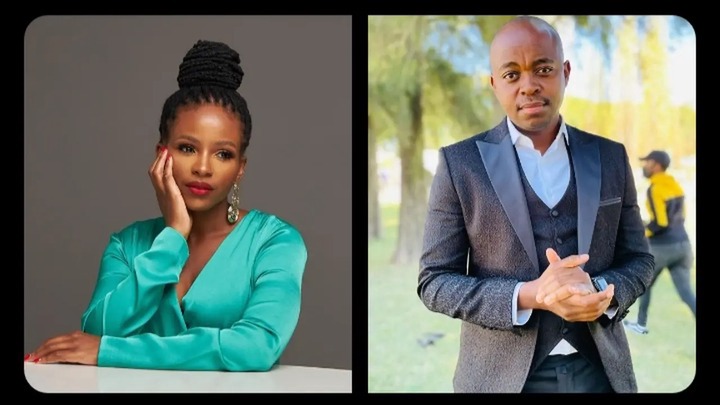 ﻿It would appear that love and famous status are incompatible with one another. This is something that I believe to be true due to the fact that many celebrity couples who date each other eventually end their relationships.

It is extremely uncommon to see celebrities being together for an extended period of time in a relationship, and this is especially true for those who are dating each other. We have seen celebrities, such as singers or actors, date each other, but the relationships never seem to survive very long. They have already parted ways before we even realize it.

On the other hand, I can say with absolute certainty that many people will be taken aback when they find out that the former actor from Generations and the former actress from Rhythm City have been dating each other and even have a child together, but that they have kept their relationship as private as possible.

Because of the method in which it was kept hidden and the degree of secrecy with which it was handled, the majority of people, and especially the media, were unaware of the fact that they are together. This must have been the celebrity couple that managed to keep their relationship a secret from the public.

The couple has been together for a number of years and has been able to keep their relationship a secret from the general public, but it is unlikely that this will continue for very long.

It is said that nothing hidden will remain hidden forever, and that it will, at some point, come to light. What I mean by this is that there is a proverb that says this.

Thato Molamu, who played Nicholas on Generations, and Nolo Phiri, who played Niki on Rhythm City, are two examples of actors who have had this happen to them.

This information was made public by an entertainment critic by the name of Musa Khawula on Twitter. In his post, he indicated that the two had been dating in secret since 2010 and that they are now rumored to have ended their relationship.

Nolo became pregnant not long after the couple began dating, and today they are proud parents to a lovely little girl.

This is what Musa had to say about it:

It has been rumored that Nolo Phiri and Thato Molamu, who had been dating covertly since the year 2020, have ended their relationship.

Shortly after the couple began dating, Nolo Phiri discovered she was pregnant, and they now have a daughter together.

According to reports, Nolo Phiri is also suffering immensely as a direct result of the breakup.