From $28,000 coats to multi-million dollar bling, Fans were shaken when a celebrity flexed. 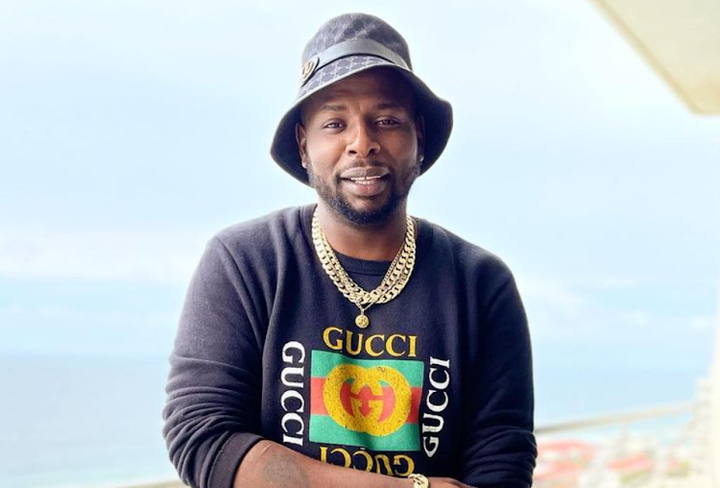 While most people spent 2021 home or socially distancing themselves from their paychecks, celebrities were out there traveling the world and dropping considerable cash.

The rich and famous were establishing #LifeGoals on the TL and heating up social media with their flexes, from DJ Maphorisa to MaMkhize and Khanyi Mbau.

While the year was filled with star flexes after celeb flexes, here are five occasions the splurges left us shaken.

You don't make perhaps the most popular song of 2020 if you don't treat yourself a bit.

Master KG, the Jerusalema hitmaker, appears to be swimming in cash and offered his followers an insight into his lifestyle when he casually tweeted a photo of his new Diesel jacket with the price tag attached.

from the same man who spent over R1 million on his Shine Your Light music video with David Guetta and Akon. 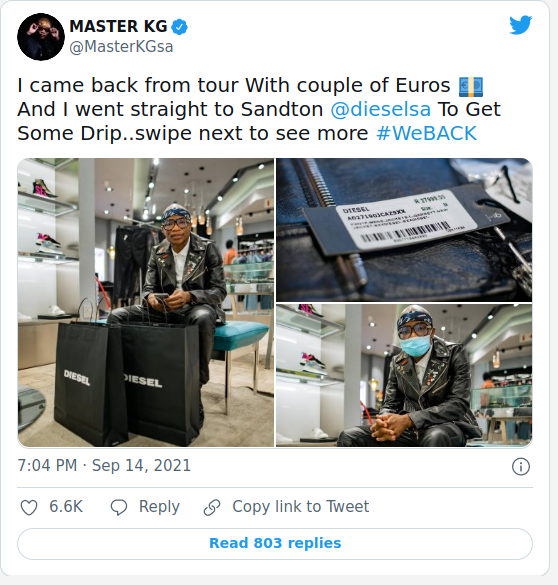 Minnie Dlamini, the reality show star, has been enjoying the high life, so it was no surprise when she disclosed in April that her first private flight was on MaMkhize's plane.

And it was, indeed, "the biggest on the runaway."

MaMkhize brought the flash to the football field this year, and in October, he took to the field with an envelope loaded with cash to present out to players. "Come get your treats," one individual was heard saying.

Her club, Royal AM, and its administrators were fined R1.65 million for a variety of offenses.

R1.32 million of the first penalties was suspended on the condition that the same violations do not occur again within the statutory time frame.

If Phori is renowned for anything other than blockbuster hits and vicious clap backs, it's the Gucci drip.

The amapiano producer isn't afraid to put a few numbers short of a phone number on a new outfit, and he surprised the TL in March when he traveled up north for work.

"Today is a Gucci day." "Ready to rock Kenya," he wrote, displaying his shirt, belt, and other accoutrements.

When Khanyi went to Dubai on a baecation this year, we were surprised, then frightened, then relieved, then dancing.

Sis was having the time of her life, with fancy champers, lavish dinners, endless shopping trips, and poolside chill sessions.

Then she went "missing."

She later resurfaced in SA and assured everyone she was OK.

She wrote a song about the incident, with the chant “shiti indoda eDubai”, and then returned to the desert kingdom to a royal welcome with a Maybach V Class, a bouquet of roses and a sparkly gift from Cartier.

The Limpopo singer is without a doubt one of Mzansi's greatest talents right now, and if you needed any more proof, check at her security detail during a recent show in the Northern Cape.

The celebrity arrived for a gig surrounded by more than 20 police officers.

It was the type of security often reserved for leaders, and it left the celebrity in tears.

"I was guarded by 20 police officers last weekend." My car and hotel were both safe. I got the opportunity to question one police officer, and her response was, like, we were notified you were coming, and more than five police officers were supposed to be off-duty.

"However, because it's you, they came to defend you. Makhadzi, the Northern Cape adores you. Thank you to all of the Northern Cape police officers who rushed to my aid and kept me safe. "I am indeed living my dream," she wrote of the encounter. 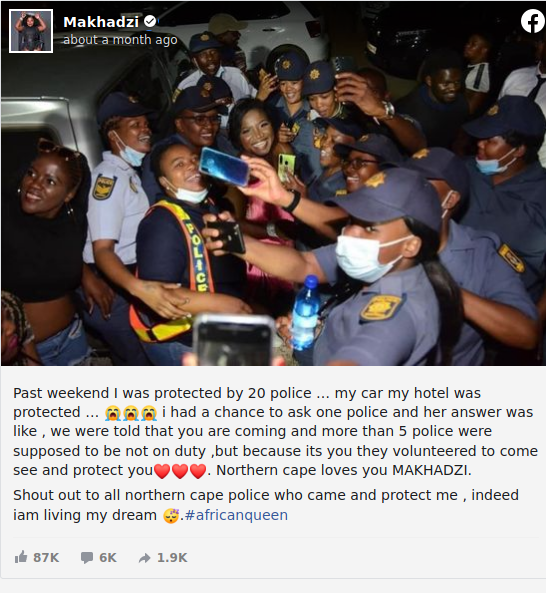 Here is Why Nurses Are Honoured

NUMSA threatens to go on secondary strike if demands are not met.