When people get invitations to be the host in one of the big events, they know that all eyes will be on them once they take the stage and the first things that comes to their mind is to make sure that they dress their best, they want to make sure that when they take on the stage, they steal the show, they look at their wardrobe and feel they don’t have a suitable dress for the event, they happene to go out and start shopping and even start looking for the best fashion designers they can find, and on the top priority is to make sure that they wear something uniques and never seen of possible, but Ntando Duma's dress stole the show and left social media in different opinions. 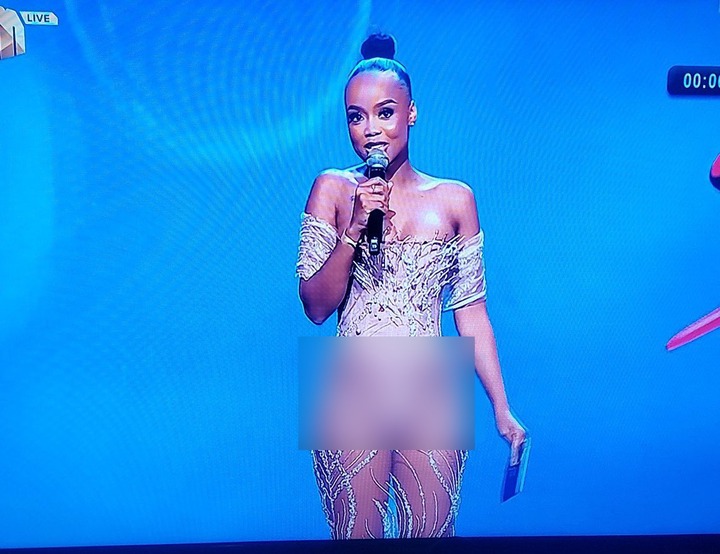 The former Rhythym City actress stole the shownehen she appears on stage on Saturday evening as she was going to present one of the awards during the DStv Mzansi's Viewers Choice Awards, she really made a grand entrance with her tranparent dress that left 90% of her body exposed and most of the paople were saying she was literally naked since most of her body was visible through her dress.

On the visuals which are making their rounds on different social media platforms, Ntando could be seen on her dress that leaves her entire body visible, only her underwear was covering her up and so was the top that covered her upper body, the dress was practically nude.

People had different views to share as some were saying she should be respecting her body and not walk around 'naked' like that, on the other hand some were seeing nothing wrong with what she was wearing, they actually praise her saying her body agreed with the dress and her age also agrees, saying she is young and should never be deprived an opportunity of being young and enjoying her life.

Despite being criticised, there are some men loved what they saw a d they had a lot to say, they were literally drooling over her, they wished they could just have the 26 year old as their. 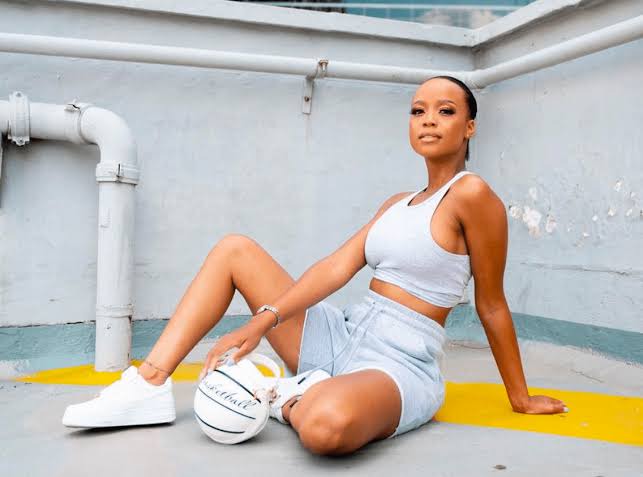