Last night, Sithelo Shozi exposed a rather dark side to Andile Mpisane. MamKhize's son, who's been bullied for being slow and timid, proved that he's anything but that on last night's leaked calls between him and his ex, Sithelo. 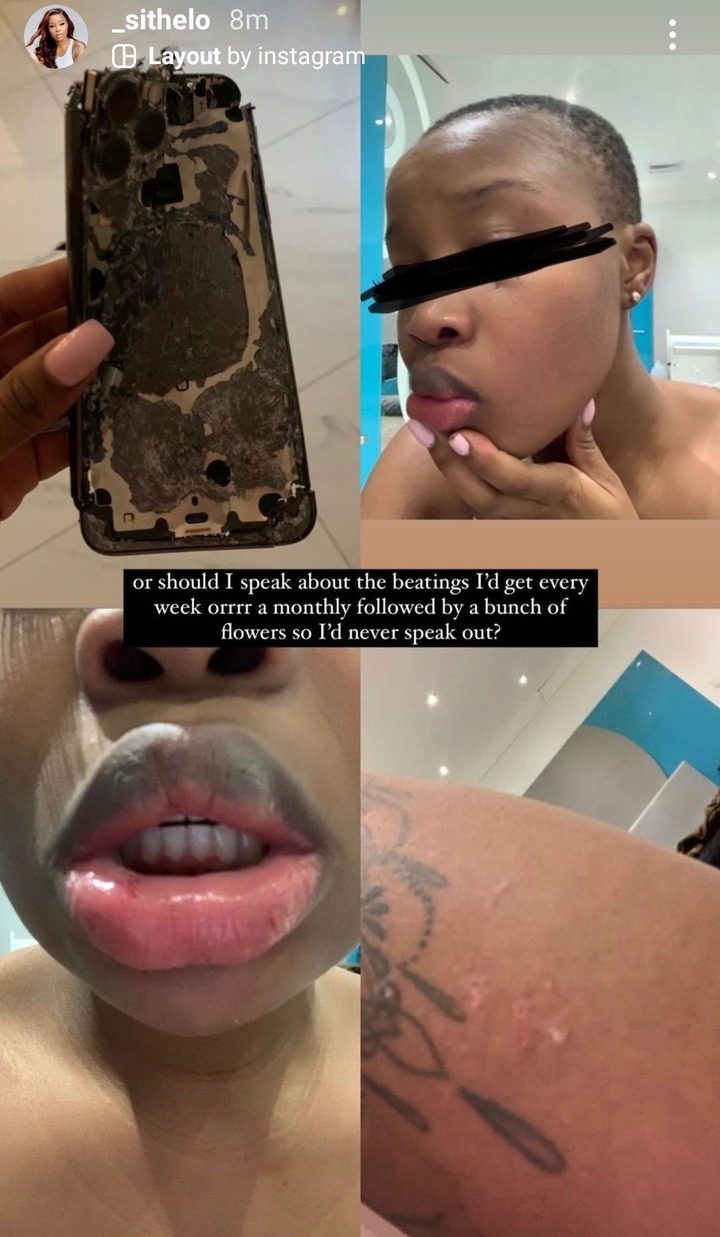 From the conversations between the two, both calls and chats, he is arrogant and thinks the world revolves around. Which is partly true, because after all, he is monied!

He told her how she'll never amount to anything and that she'll always be beneath him and his mom. He then called her a low life. He also threatened her life and taking her children away from her. 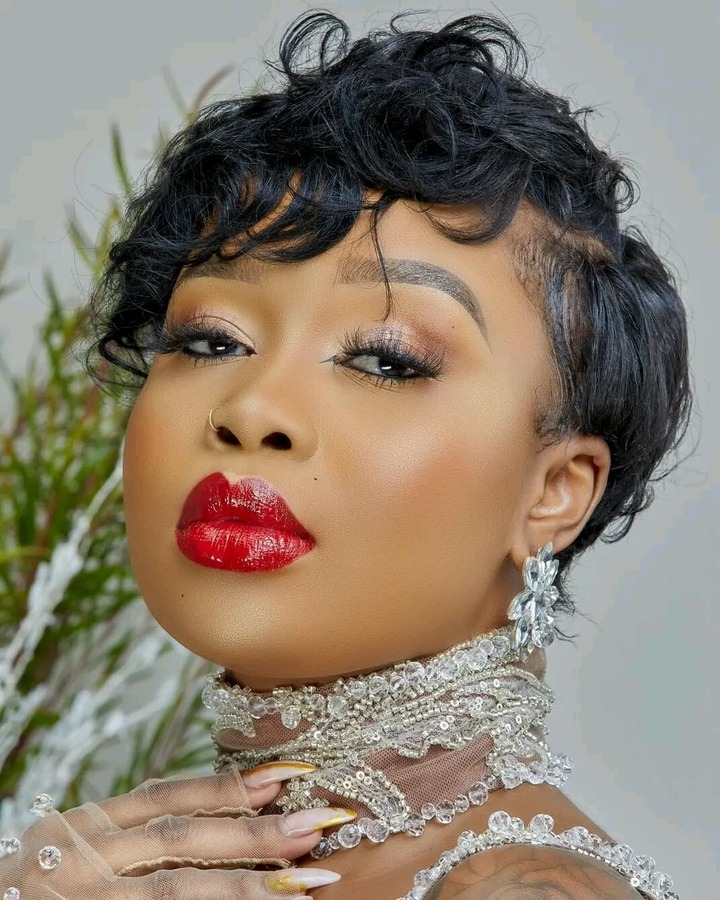 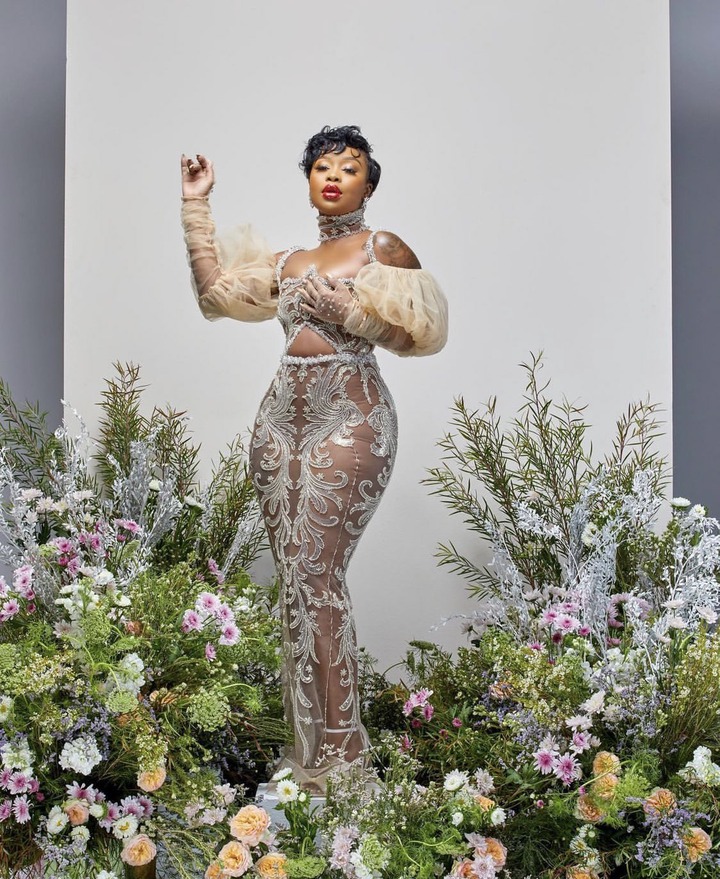 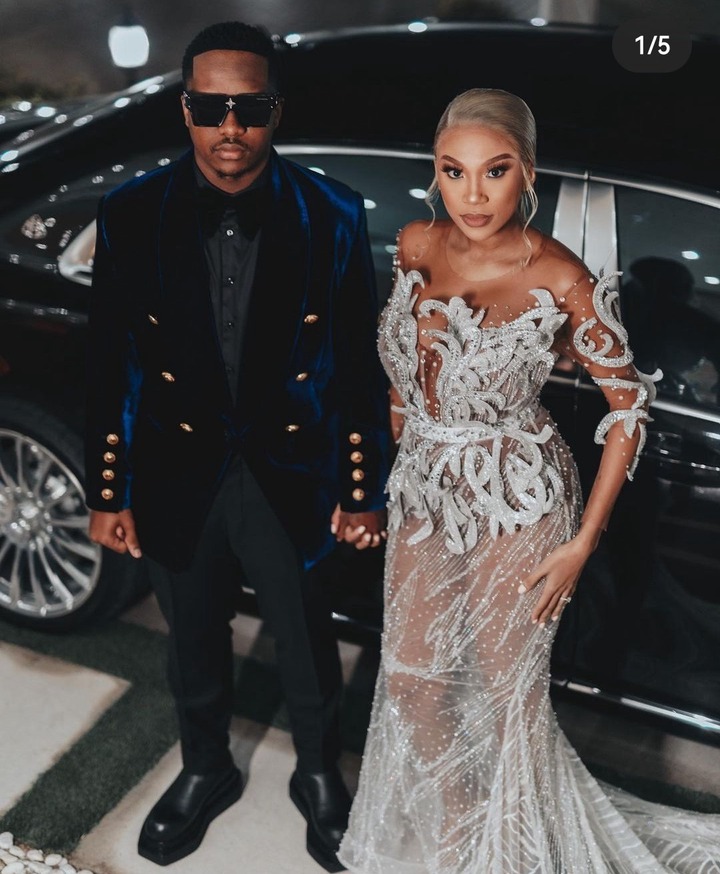 In addition to that, he allegedly got physical with her and caused her to miscarry on one occasion.

With all this scary information out in the open, tweeps have found themselves trying to figure out why he was in such a rush to get married to Tamia and even wore a big suit at the celebration.

Some have then concluded that the man might have married Tamia to spite Sithelo. More than that though, there is worry around whether she too endures the abuse that Sithelo exposed on her Instagram stories.

Again, he always had extravagant ways of apologizing for the abuse so a lot of his gifting gestures will never be viewed the same.

It would be very sad to learn that his abuse exists even in the marriage. No one deserves to be battered by someone, even worse someone who gloats about being monied and likely to get away with it! What's worse is that they portray a very picture perfect image.

These are some of the reactions from tweeps on the matter: 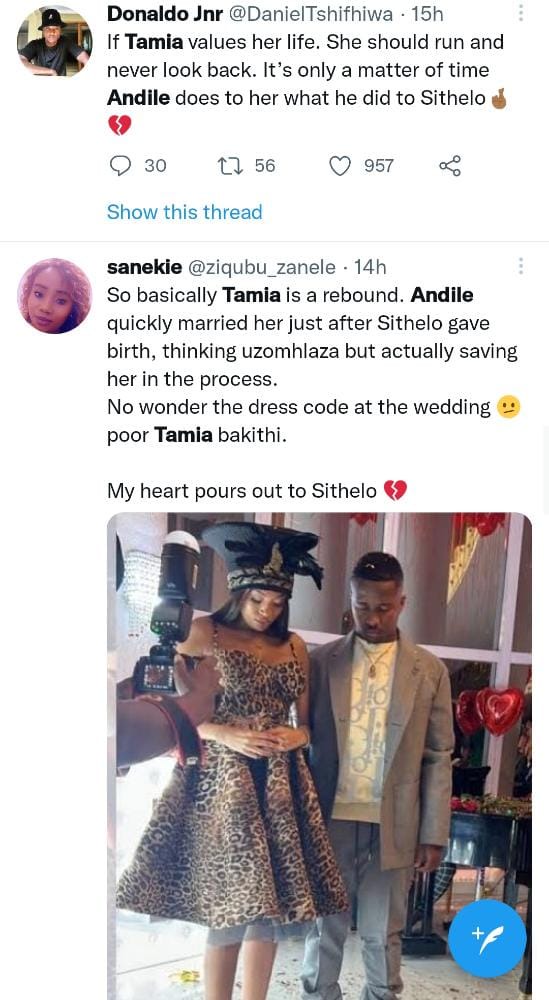 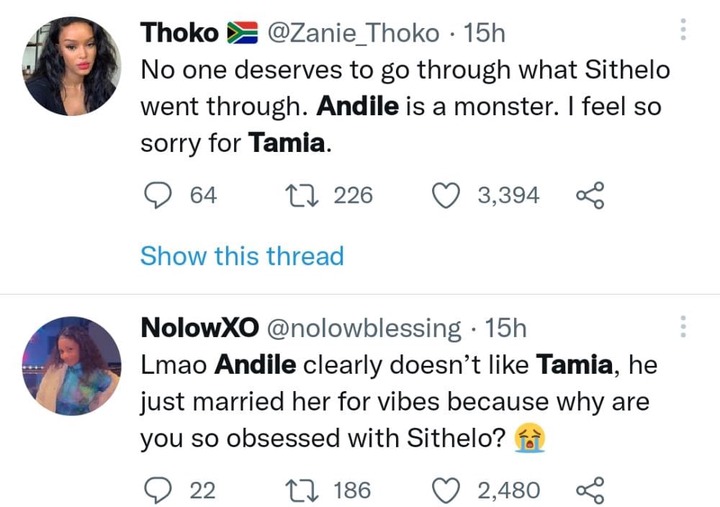 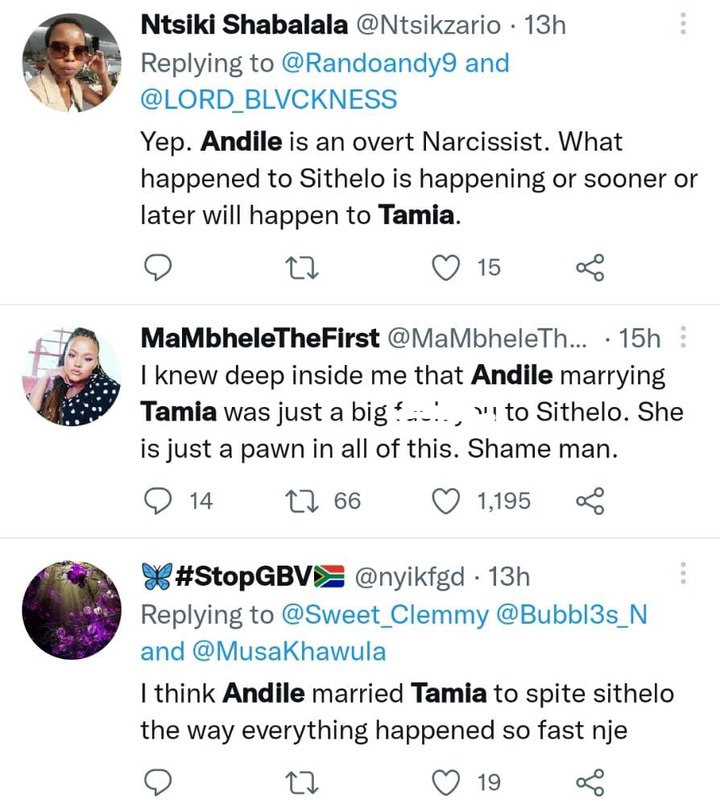 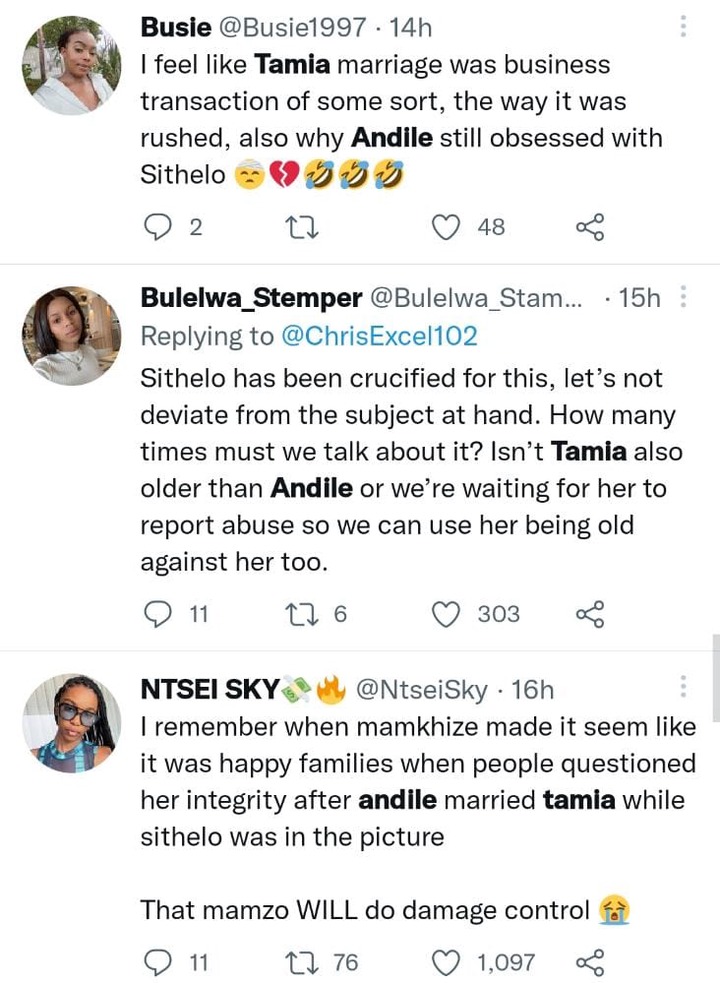 Thoughts? Are people wrong for being worried about Tamia Mpisane?

Please leave your comments in the comments section below and I'll engage!