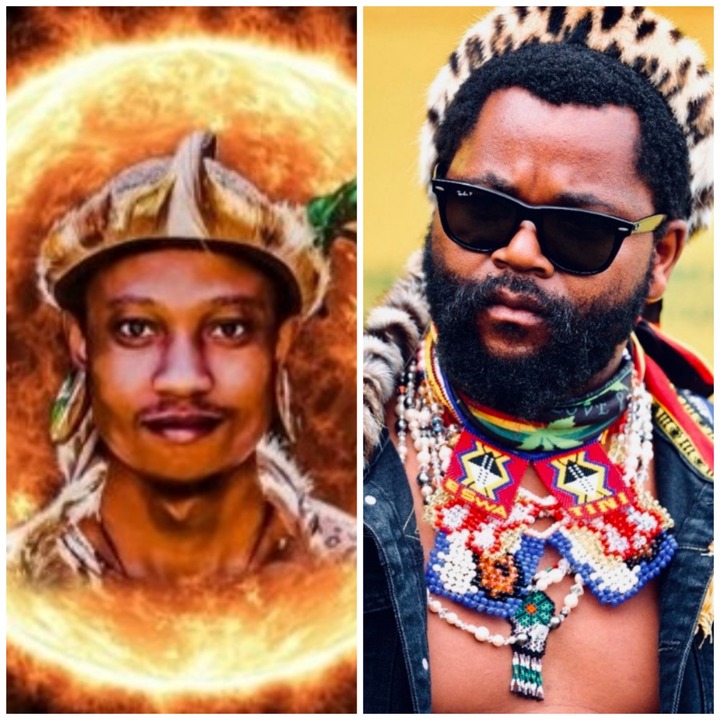 Ra has revealed that for some time now he has had lyrics of a song that he wrote that he wanted to share with Strava. He did however not share what the song will be about. 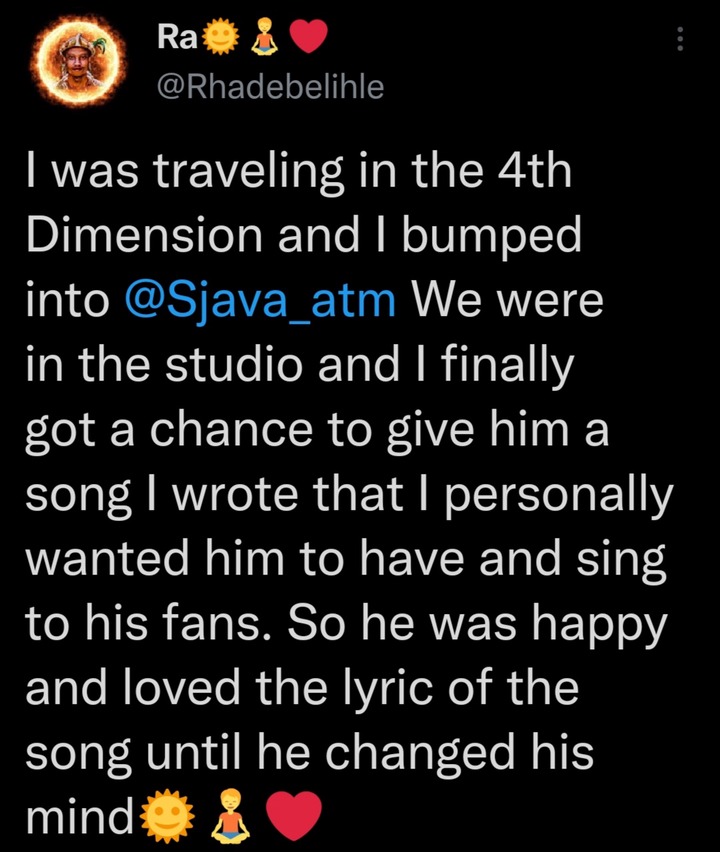 He also revealed that in his travelling which he does as a sangoma he was in an instance where he and Sjava met and were about to record the song however that did not happen because of certain reasons. 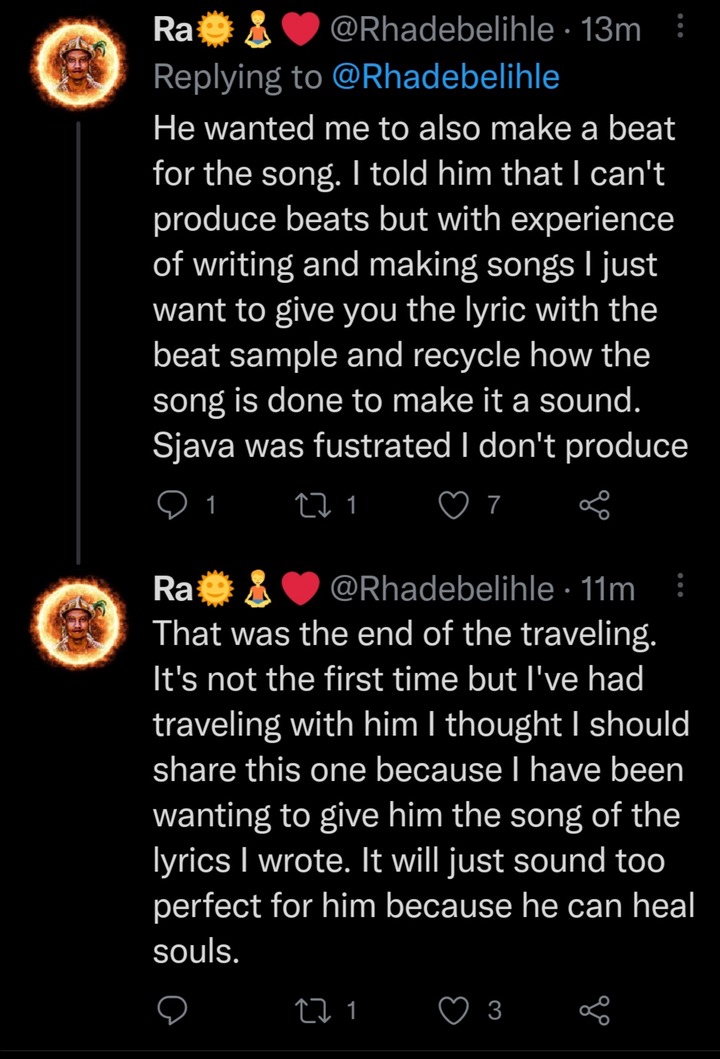 In the real world however he still believes that he can give the lyrics of the song to Java, who will produce the song and have the song released.

Do you think Ra and Sjava can make a great singing Duo and release a song together.?