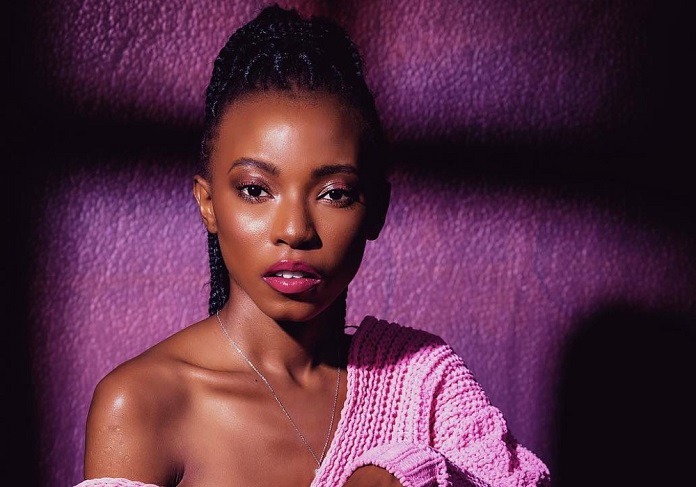 Bahumi Madisakwane is a South African actress and TV personality who has garnered a lot of notice for her work in the entertainment sector. She is blessed with exceptionally good beauty and enormous talent to match. When it comes to choosing career decisions, some people who are born to powerful parents typically end up following in their parents' footsteps. This is the case of Bahumi Madisakwane, the daughter of Somizi Mhlongo, a well-known South African actor, and Palesa Madisakwane, a well-known actress.

Despite the fact that she is the daughter of well-known and powerful people in society, Bahumi Madisakwane has opted to build a space for herself by aiming to be the greatest in her chosen field and giving it her all. She has began to realize her ambitions and has appeared in a number of well-known films since beginning her career. She's also amassed a sizable following, with over half a million Instagram followers alone.

Somizi's daughter was born in Johannesburg, South Africa's largest metropolis and the provincial capital of Gauteng. It was also here that her parents raised her. The actress, who was born on February 9th, 1995, is currently 26 years old.

Little is known about the renowned South African actress's early years. However, it is thought that she had the best childhood possible.

Inside Her Life With Famous Parents

Bahumi Madisakwane is the daughter of well-known parents. Somizi Mhlongo, her father, is a talented South African actor, media personality, and choreographer who is well-known for his work. With his role in the musical and political film Sarafina!, he rose to popularity and went on to become the principal choreographer for a number of shows and events. He's also appeared in other films, including the critically acclaimed Cry, the Beloved Country.

Palesa Madisakwane, Madisakwane's mother, is a South African actress and TV personality who served as an anchor for ANN7 before it went out of business. She starred in the e.tv serial Ashes to Ashes as "Thandeka" and also acted in the popular series Generations. She's also recognized for her romance with Somizi Mhlongo, particularly the circumstances surrounding their breakup.

Interestingly, despite the fact that Bahumi Madisakwane's parents, Somizi Mhlongo and Palesa Madisakwane, were over over heels in love at the time they were together, they never married. Due to Somizi Mhlongo's sexuality, they were unable to marry. According to the account, when Somizi first encountered Palesa, he knew he wasn't straight and thought he was bisexual.

Palesa approached Somizi and asked him out, according to Somizi. He revealed to her that he was bisexual and that he was already in a love relationship with a man when she expressed her feelings for him. They eventually concluded that because Somizi was bisexual and not gay, they could date and keep things sharp between them.

Somizi and Palesa dated for a while until Somizi realized he was gay and couldn't date Palesa any more. He revealed his sexual orientation to Palesa and informed her that they would have to end their relationship. Palesa, on the other hand, was already expecting their child, Bahumi Madisakwane, at the time. Somizi told Palesa that he was ready to be the child's father but that he no longer wanted to be in a relationship with her since he was gay. They chose to keep their friendship and raise their child together. They went ahead and did just that.

The Actress Is Very Close To Her Parents

Somizi and Palesa were both present for Bahumi Madisakwane's birth, despite the fact that they were separated. They offered the little girl love and worked together to raise her well, making sure she had everything she needed to develop into a well-adjusted woman. As a result, Bahumi Madisakwane grew up to have a strong attachment to her parents, whom she visited frequently as a child. 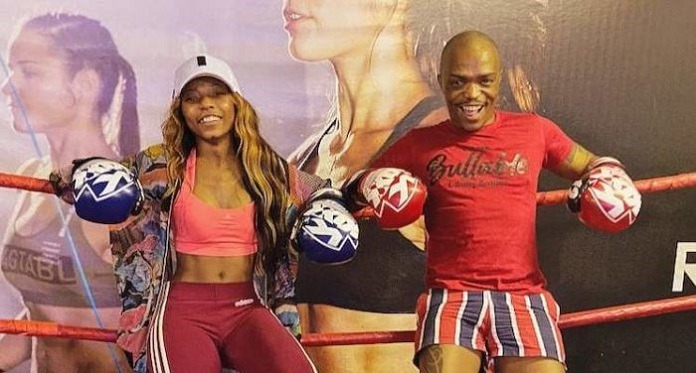 Many people today are aware that Bahumi Madisakwane is a talented actress who has appeared in a number of films and still has much more to give in that field, but few are aware that she studied law in school. Her elementary schooling is unknown, but we do know that she attended Pro Arte Alphen Park, a boarding school that also happens to be a semi-private art school English medium co-educational high school in the Pretoria suburb of Menlopark.

Her Rise To Fame As An Actress

Despite her decision to pursue law, Bahumi Madisakwane's passion for acting would eventually win out. While still pursuing her B. Com Law degree at The IIE's Varsity College, the actress began auditioning for film roles and eventually earned her first-ever television acting role as a supporting character named Zola in the SABC 2 soap Keeping Score. This happened in 2017. As a result of the performance, she has gained a lot of attention as an actor to watch. Bahumi Madisakwane also found the experience of filming the series to be really delightful, and she knew she was doing the right thing.

Acting Runs In Her Family

In addition, Madisakwane's paternal grandmother, Mary Twala, was a well-known South African actress who was nominated for an Africa Movie Academy Award for Best Actress in a Supporting Role in 2011. Acting genes appear to run deep in Bahumi Madisakwane's veins.

Madisakwane's life is amazing, and her tale urges others to never allow their circumstances stop them from pursuing and achieving their goals. The actress suffers from Lymphedema, which is a swelling of the arm or leg caused by a blockage in the lymphatic system. A blockage in the lymphatic system, which is part of the immune and circulatory systems, causes the medical illness.

Lymphedema is characterized by swelling in an arm or leg, which may be accompanied by pain or discomfort, according to authorities. The worst aspect is that this illness is incurable. Although some therapies can help with pain and swelling, the illness cannot be cured. It's thought that the actress was born with the disease but concealed it for a long time. In an episode of the show Living The Dream With Somizi in 2017, she first hinted at her condition, but she kept it under wraps.