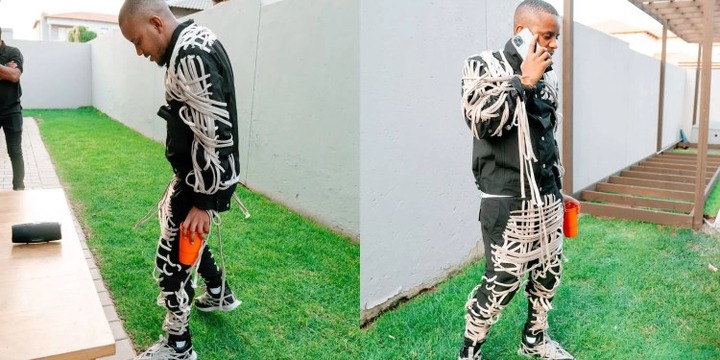 Kabza De Small recently pulled up to a party wearing a Rick Owens outfit; the design is unique, all the items are made out of leather. Kabza’s outfit had a lot of white string leather cuttings that were draped on the front.

Murdah Bongz is part of the tribal house duo Black Motion and DJ Zinhle’s boyfriend. He has been famous for his unique, flashy dressing style ever since he broke into the music industry. His style includes long length shirts, shoes with spikes and other decorations. He is also the owner of a vast fedora hat collection. Kabza recently told Mzansi he likes Murda’s style of dressing, Murdah on the other hand, he has told his followers that he doesn’t need a stylist. His style is enough.

Perhaps the clothes weren’t a good fit for Kabza’s body or, he made the mistake of wearing the items in the same outfit. Mzansi stars who’ve been spotted wearing the same clothing items are DJ Sithelo and Murdah Bongz. Sithelo wore the Rock Owens pants with a black t-shirt, a pair of sneakers and a black biker jacket. Murda wore the item pieces on two separate outfits; the first was the Rick Owens jacket, a white t-shirt, black leather pants and the Rick Owens sneaker. He wore designer pants with a white t-shirt and white sneakers in the other attire.

Designer of the outfit 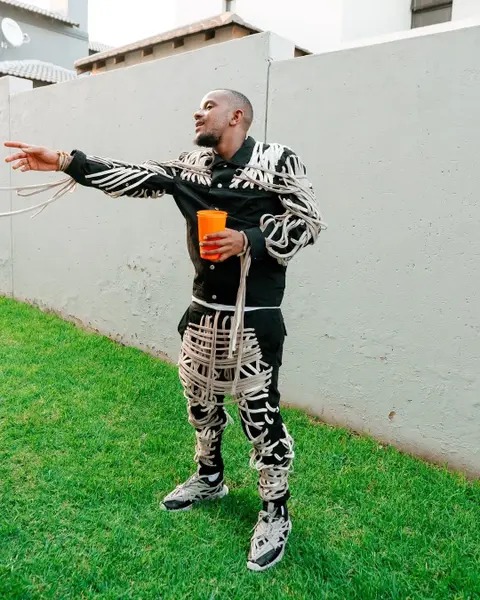 Rick Owens is a California born designer with costly clothing. His clothes are made of leather, and they last for years. A pair of his pants can cost over R10 000, and his sneakers can cost R15 000. 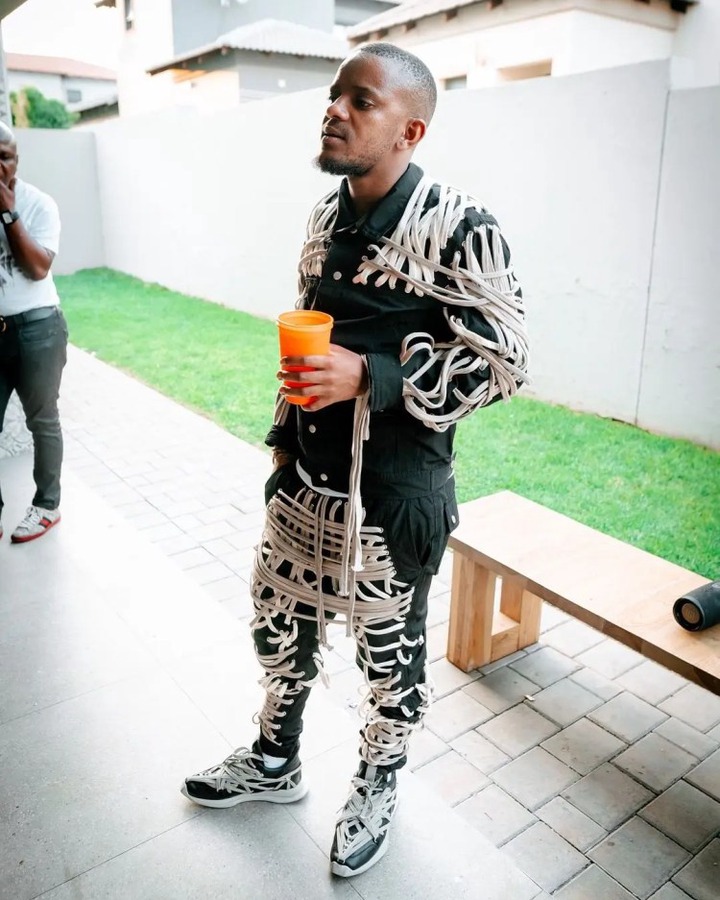 Mzansi weighed in on the outfit and started making jokes like, Kabza went from Kabza De Small to Kabza De Mummy. People also said Kabza was being strung along because of the string illusion on his outfit.