By Maidos (self media writer) | 7 months ago

Racism is really becoming a pandemic in South Africa. One always has to watch what they say or you will find yourself being called a racist. One of the recent incidents of racism was with the DA on their local government election campaign. The party was acused of being racist after they put up a poster that was indicating that they support people of Phoenix for protecting their community and they called them heroes while they accused the ANC of calling them as racists. The poster was not well received to the point were they even had to take it down. 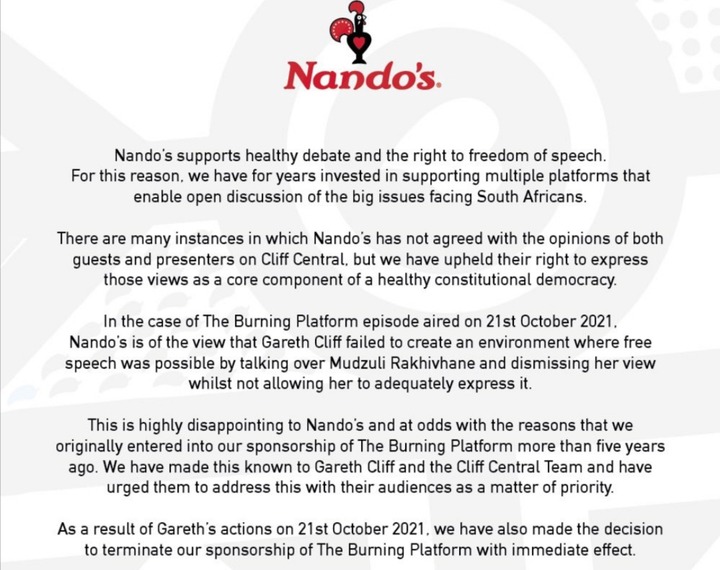 It has now emerged that Nandos has officially terminated its sponsorship of the Burning Platform with emmediate effect. The termination of the sponsorship comes after one of Cliff Gareth's show were he showed signs of racism.

There was a Burning Platform episode that aired on the 21st of October and this is where it all went sour for Gareth. According to Nandos, Gareth Cliff failled dismally to create a space where guest would freely express their opinions. Mudzuli Rakhivhane was one of the guest whose views were dismissed by Gareth Cliff and he did not even give her a chance to adequately express her views. 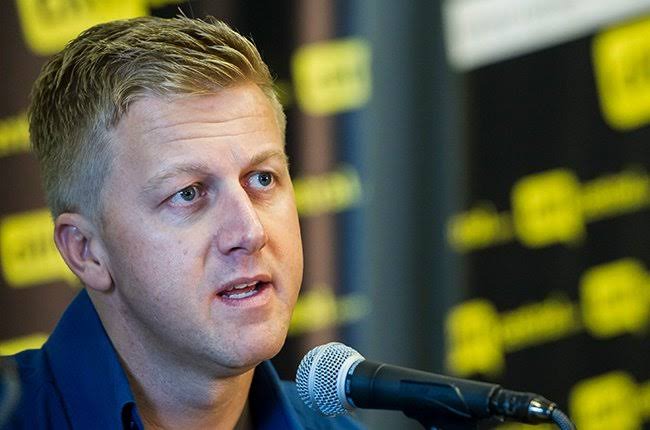 As much a racism is a big issue in South Africa, it is not a good way to go about it. To always sweep it under the carpet is not a good idea. So Nandos has decided to terminate the contract with emmediate effect without hearing the side of the story from Gareth Cliff. They are doing exactly what they say Gareth has done in terms of not giving Mudzuli a safe space to express her views. Just because they terminated the sponsorship does not mean that the racism will go away if it is not dealt with accordingly. 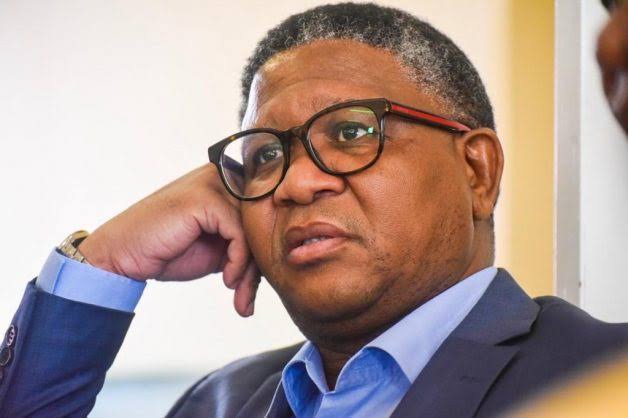 We even saw Fikile Mbalula praising Nandos for terminating their sponsorship. 27 years later even Fikile Mbalula does not know how to deal effectively with racism.

"Thank you Nandos your swift action is commendable. Racism has no place in our society"

It could happen that Nandos is over compensating. We know that for the longest time it has been accused of being racist itself, and we have seen on many account people trying to boycott buying food at Nandos. They saw an opportunity to redeem themselves and they took it with both hands and many are too blind to see that.