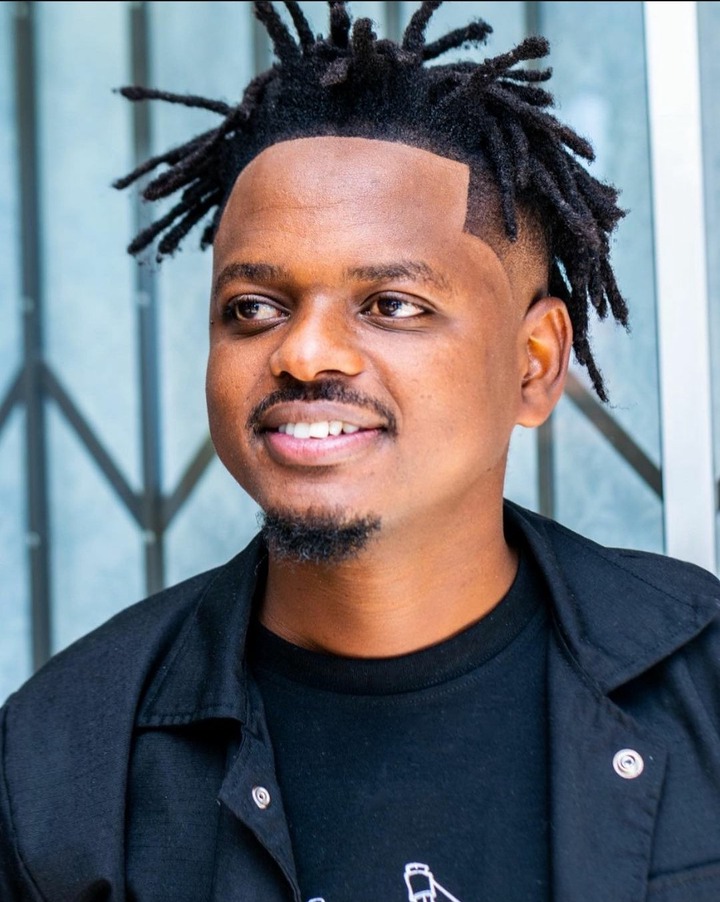 It's war between MacG and Amanda Du Pont. Both parties have taken matters to their lawyers now.

On Monday, MacGee's lawyers wrote a letter to Amanda Du Pont, demanding that she apologizes for painting MacGee as a r*pist. MacG's attorney demands by end of today that Amanda du Pont should have apologised publicly and retracted references to him seen by millions on her social media accounts, who now "view and label [him] as a r*pist and abuser" and so "gravely undermining" his reputation. If Amanda does not apologise, further action will be taken against her. 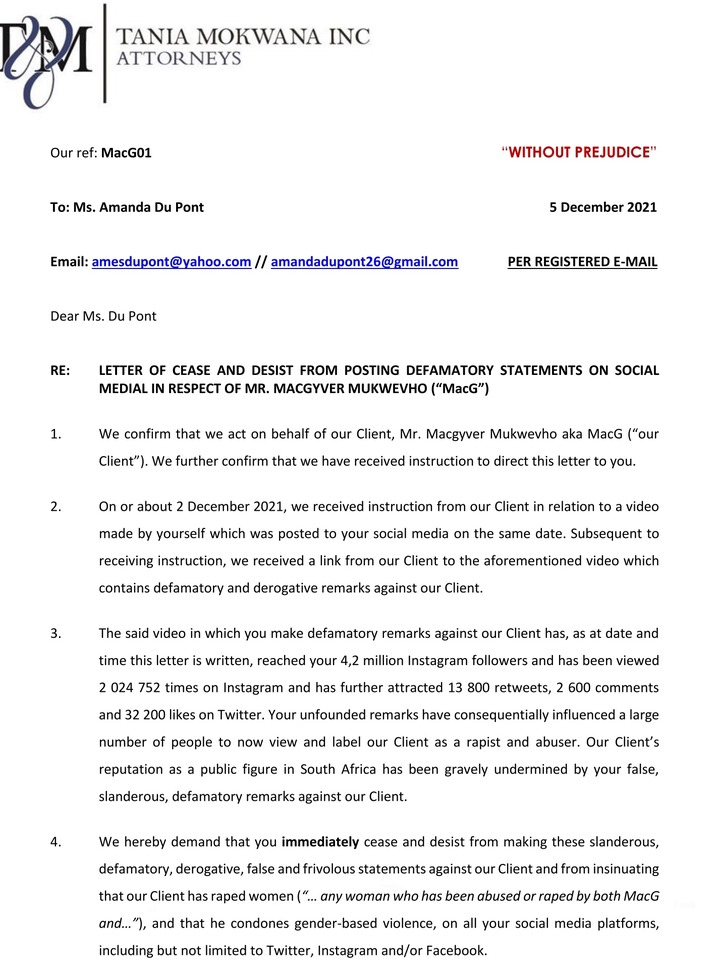 Amanda du Pont has responded to MacG via her attorney and made it categorically clear she will NEVER apologise for how he featured in her video remarks. In an explosive letter of response, Amanda says MacG's laughter and word choices as a podcaster amount to both civil and crimen iniura against her.

She has argued that the choice of words like "smashed", worsened by laughter from MacG, demeaned and degraded her in particular and women more generally. If MacG was against gender-based violence, he would neither want to hush her story and he would have taken that triggering video down, Amanda argues. 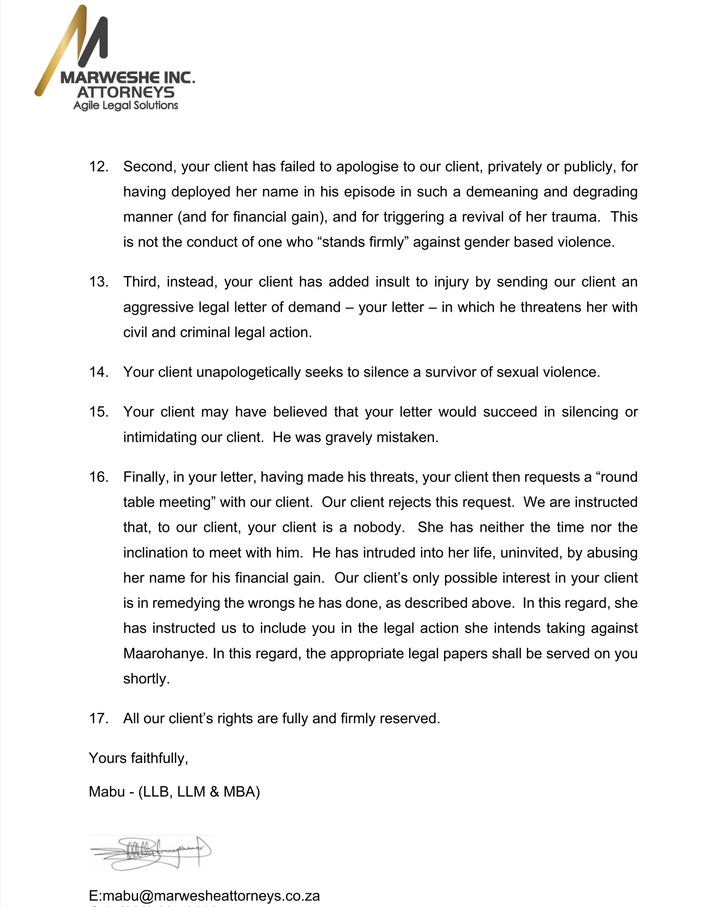 She concluded by saying that MacG is "a nobody" to her, she has no interest in his roundtable meeting requests. In Amanda's opinion, MacG is purely motivated by the need to ensure his financial interests and not genuine considerationfor gender-basedviolencevictims. She will take action against Jub Jub and him.

Many have seen Amanda's response as disrespectful. Would you say Amanda needs to apologize? 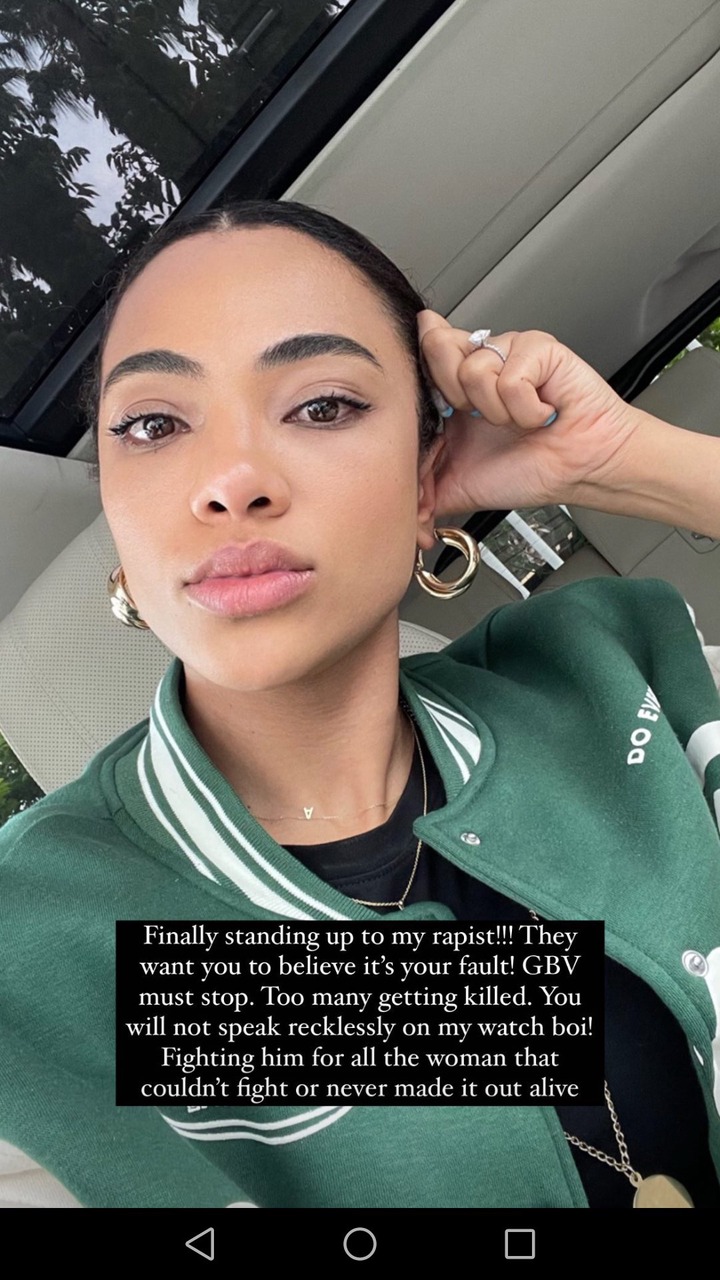 Dineo Ranaka Suspended By Metro FM After Doing This...