The decorated couple, once envied by many, has now turned to become the most controversial public figures in recent times. 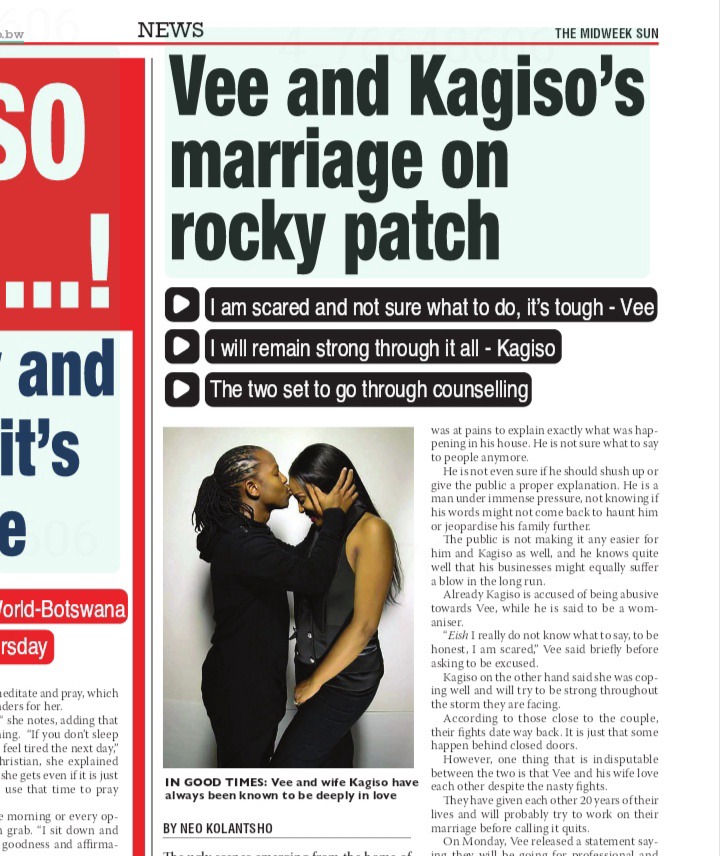 This year, 2021, has indeed seen the worst of the Sentos and unfortunately for them, it is all playing out in the open for everyone to see. Quite an eyesore for a couple that has been together for close to 20 years, seven of those spent as husband and wife.

In January 2021, Kagiso was left with a broken phone following an altercation between the two that ended with the police intervening in the matter. Vee would a few days later gift his wife a new expensive iPhone. 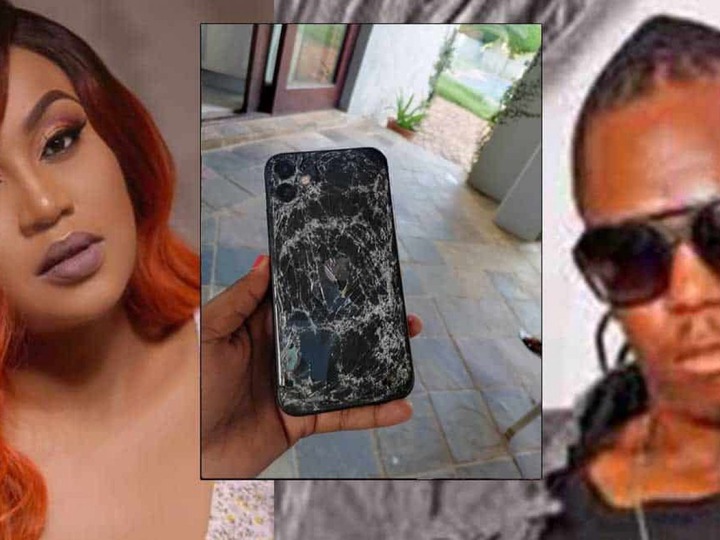 This week, they were back at it again, their expensive cars, a Porsche and a Merc G-Wagon have been smashed while the wife was left red-eyed.

Speaking to The Midweek Sun yesterday, Vee was at pains to explain exactly what was happening in his house. He is not sure what to say to people anymore.

He is not even sure if he should shush up or give the public a proper explanation. He is a man under immense pressure, not knowing if his words might not come back to haunt him or jeopardise his family further. 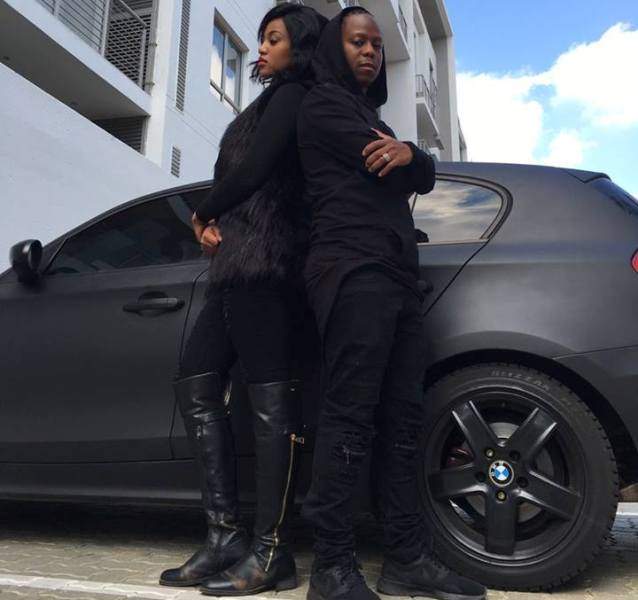 The public is not making it any easier for him and Kagiso as well, and he knows quite well that his businesses might equally suffer a blow in the long run.

Already Kagiso is accused of being abusive towards Vee, while he is said to be a womaniser.

“Eish I really do not know what to say, to be honest, I am scared,” Vee said briefly before asking to be excused. 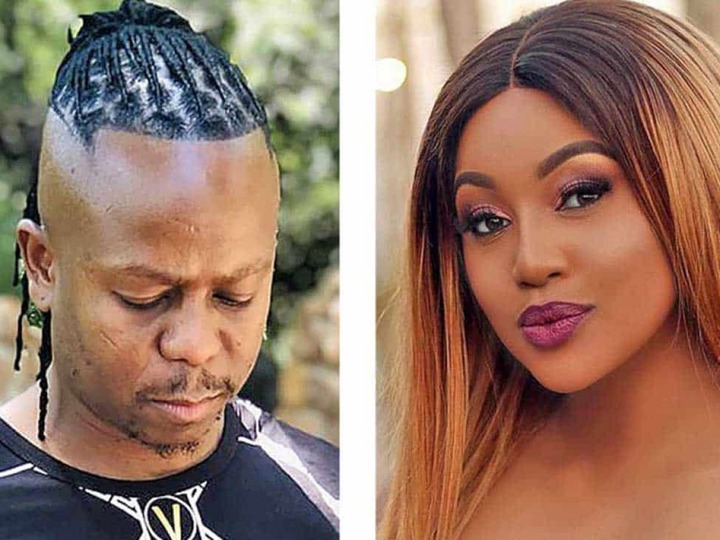 Kagiso on the other hand said she was coping well and will try to be strong throughout the storm they are facing.

According to those close to the couple, their fights date way back. It is just that some happen behind closed doors.

However, one thing that is indisputable between the two is that Vee and his wife love each other despite the nasty fights.

They have given each other 20 years of their lives and will probably try to work on their marriage before calling it quits. 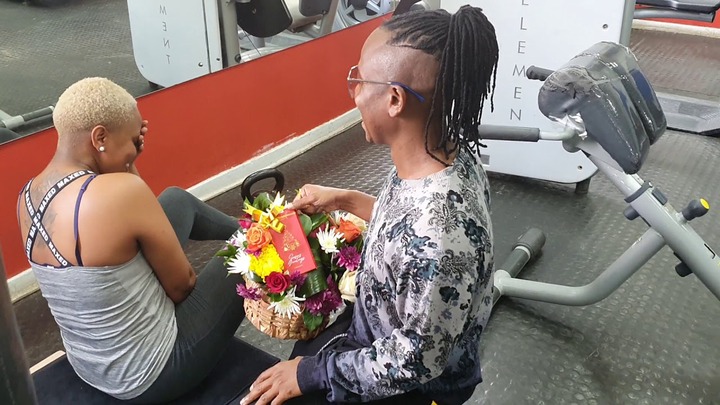 On Monday, Vee released a statement saying they will be going for professional and spiritual counselling.

The same communiqué was posted on Kagiso’s Facebook page but was deleted on Tuesday morning. Kagiso then asked why people are always quick to point a finger at her whenever there is a fight between her and her husband.

“It is okay, I will take the blame once more,” she wrote on Facebook. The post was later removed that day as well. 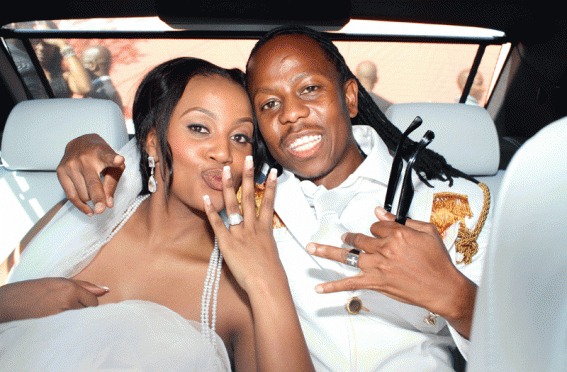 Vee on the other hand also posted that people should rather blame him and not his wife, saying blaming his wife was making matters worse for him as he tries hard to put out the fire.

He too would in less than an hour delete the post and when one follower asked him why he kept tweeting.