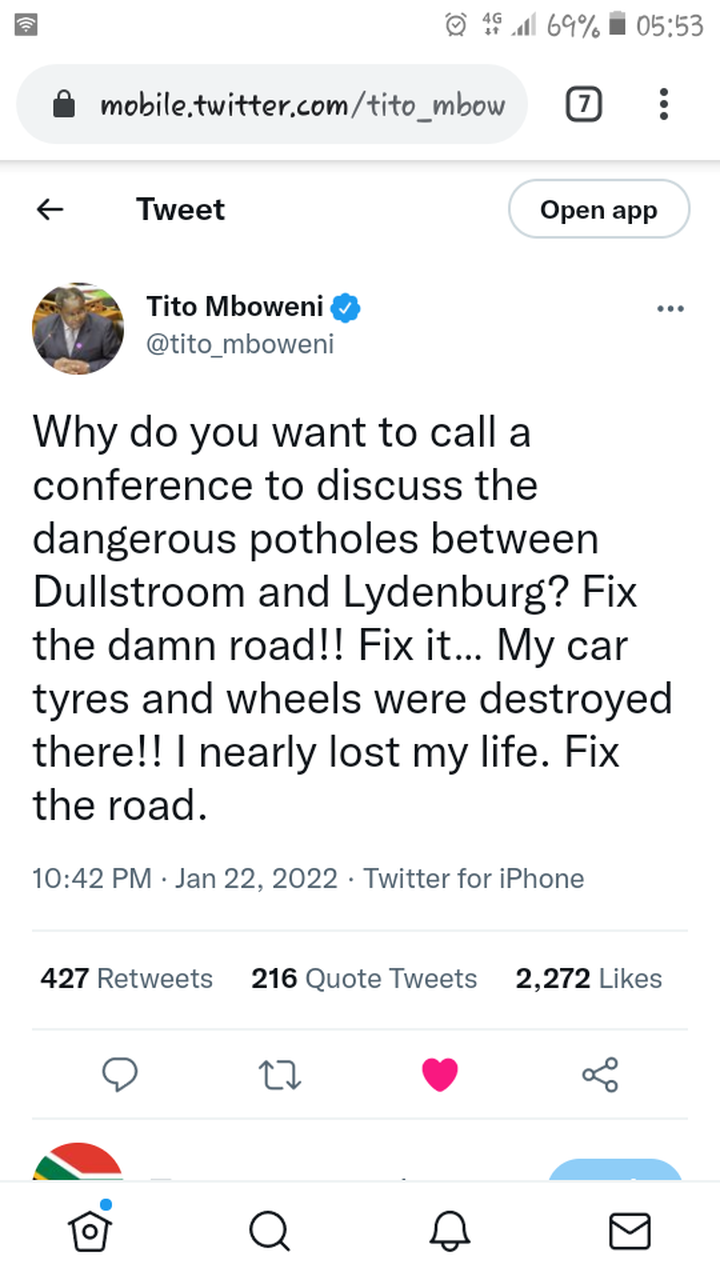 Tito Mboweni has documented his near-death experience as a result of his automobile wheels being ruined by potholes on Twitter. Many South Africans are well aware that most South African roads are riddled with potholes that are rarely repaired. 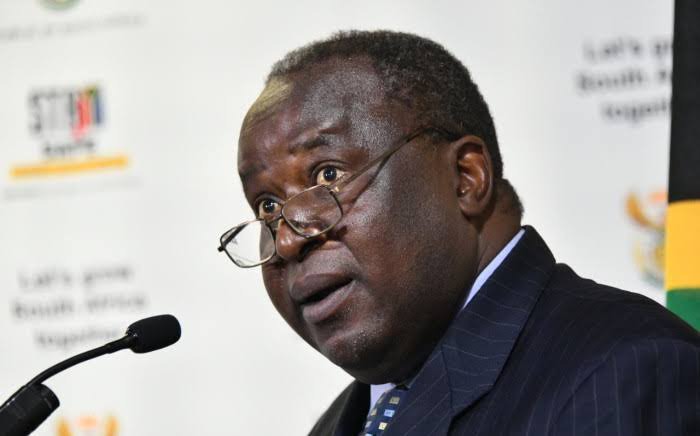 Potholes are extremely dangerous by their inherent nature, as they can destroy or damage car tyres. Tito Mboweni, the former South African finance minister, looks enraged at what happened to his car tyres, and has demanded that whoever is responsible for fixing the potholes address those "damn potholes."

According to Tito Mboweni's tweet, he has dealt with this regrettable issue on the Dullstroom-Lydenburg route. Tito Mboweni has even inquired if a meeting is required to address some potholes. Potholes are common in South African roadways, as previously stated. They also represent a significant risk to motorists.

"Why are you convening a meeting to talk about the deadly potholes between Dullstroom and Lydenburg? Fix the road, dammit!! Make it right... There, my car's tyres and wheels were ruined!! I was on the verge of dying. The road should be repaired."

However, it remains to be seen if the persons who are responsible for correcting the potholes in Lydenburg road will promptly replace those potholes, following this occurrence of former South African minister of Finance.

It should be remembered that South Africa went to the polls just a few months ago to vote in local government elections, which are all about service delivery. And one such service delivery that people voted for is the repair of potholes on South African roads.

There are strong indications that Tito Mboweni's tweet has piqued the interest of the majority of South Africans.