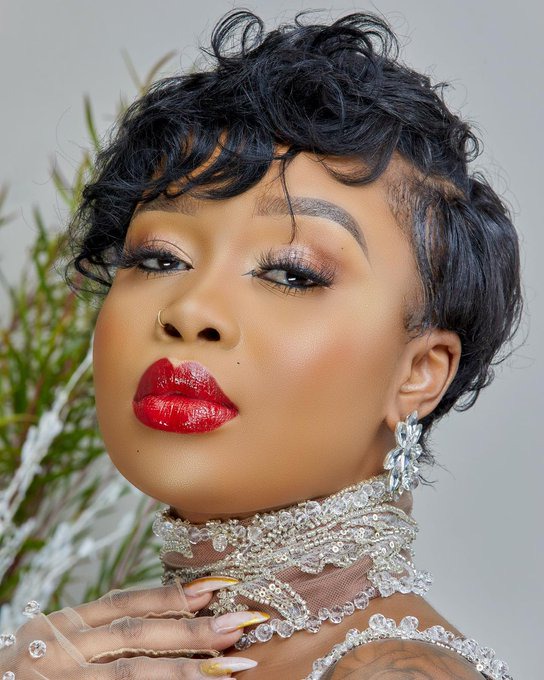 Shauwn "MaMkhize" Mkhize, the flaboyant owner of Royal AM, PSL soccer club, has released a statement following Sithelo Shozi's assault allegations against her ex boyfriend Andile Mpisane. Shauwn says Sithelo Shozi is lying and her family is not aware of any abuse that took place. As a result they'll be suing her for defamation of character

Sithelo Shozi shares a conversation between herself and Shauwn Mkhize who released a statement accusing Sithelo Shozi of lying about the abuse she suffered at the hands of Andile Mpisane. The text reveals that Shauwn Mkhize was aware of the issues Sithelo and Andile had. 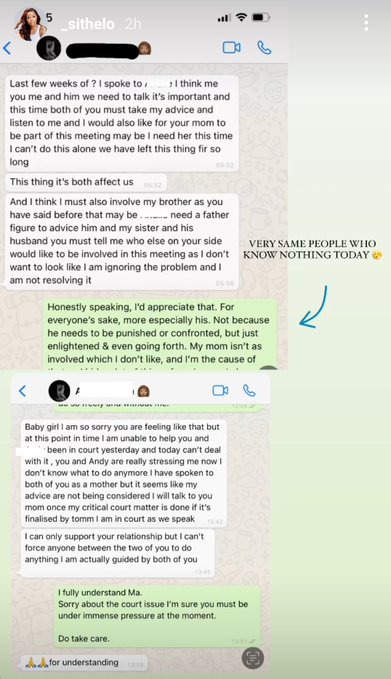 It look like MmaMkhize played a mothers role here to both of them, Sithelo should have delt with andile exclusively and not involve his family. She says she didn't want to force anyone between the two of them to do anything. But she wanted it to be done Africa matter where conflicts are solved by family members as she wanted them to have her brother and Sithelo.

Wisdom tried to chase you but you kept running away. The texts show that there was gonna be a meeting and potentially it did take place. These people are going to be very crucial in this matter because they will attest to what Sthelo has alleged to have happened

Watch: People Are Not Happy About What This Security Man Did to Makhadzi, See What He Did to Her