Over the last 15 years, there is no female deejay that has made more impact than DJ Zinhle in the South African entertainment industry, as she has built herself up from scratch to be the household name she is today. 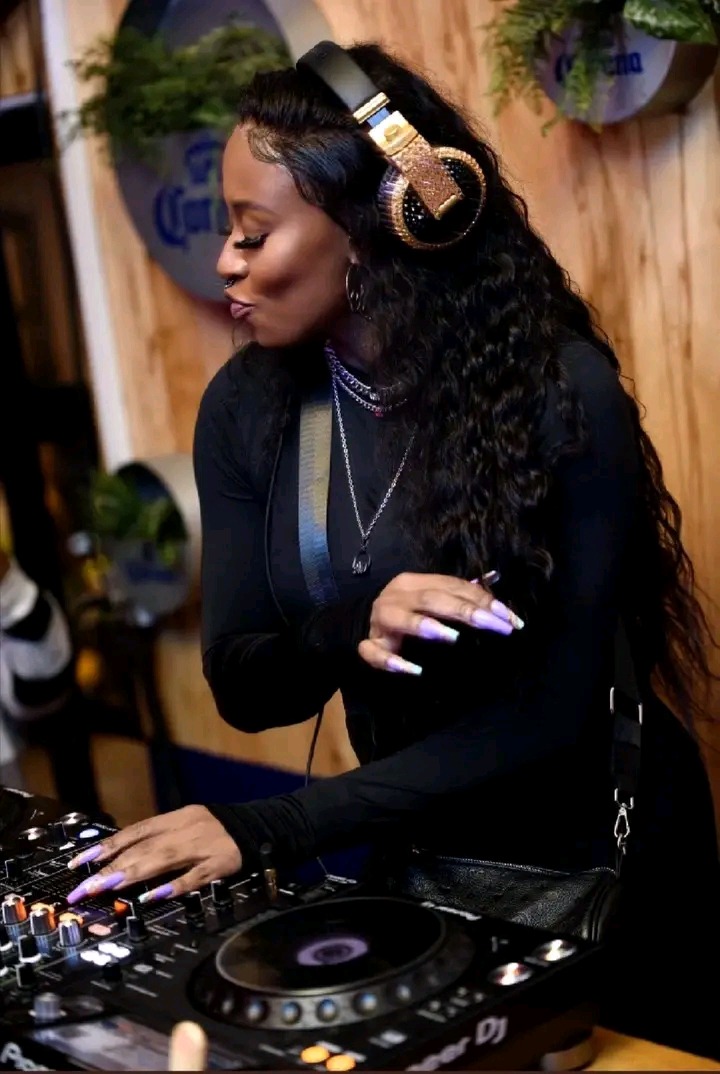 Ntombezinhle Jiyane is a self-made Dj, producer, media personality, and actress who is well travelled and has done almost everything that is to be done in the entertainment industry, while winning herself some big awards on the way to building her legendary career that she Is currently enjoying.

Along with having a legendary career, the 38-year-old has two children with well-known personnel in the entertainment world, K'naan Forbes who is well known by his stage name AKA and Murdah Bongz who is a well-known musician and producer in South Africa. 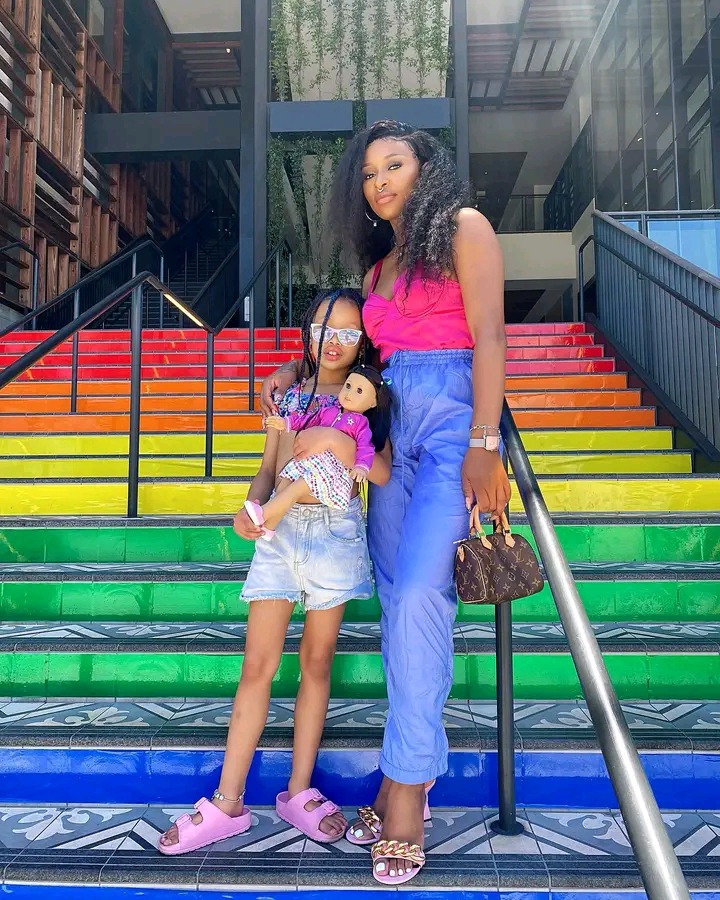 The 38-year-old who is also by the name Her Majesty is known to be a versatile deejay, who does not have a problem moving between genres to give the people good music as we have seen with the hit songs Umlilo and Her Majesty in the past. 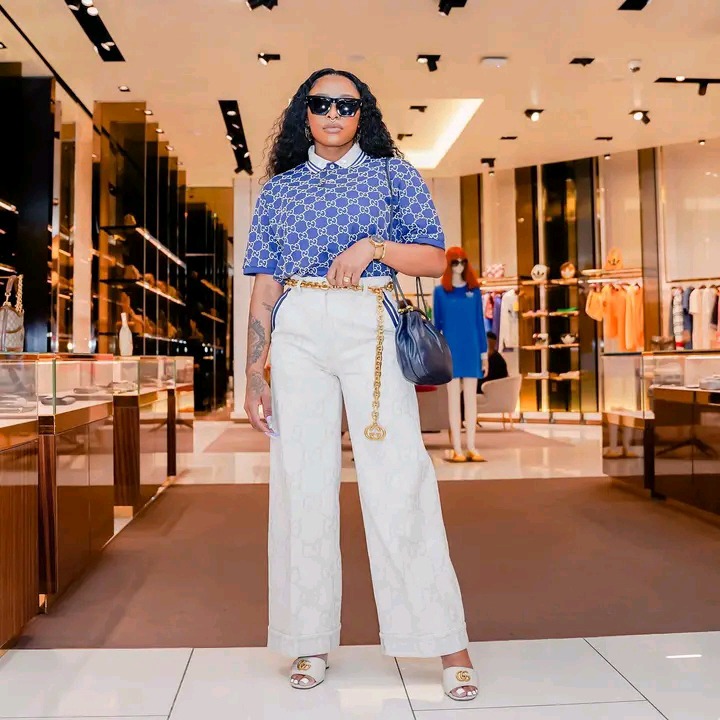 Other than being a mother, girlfriend, deejay, and businesswoman Zinhle is also a socialist, as she has been seen at many events in the past celebrating the good life she has with the big names in the country.

Yesterday she shared a picture of herself and Amapiano superstar, Kamogelo Mphela who is well known by the name Kamo Mphela, and in the picture, Zinhle was spotted kissing the talented singer and dancer on the cheek. 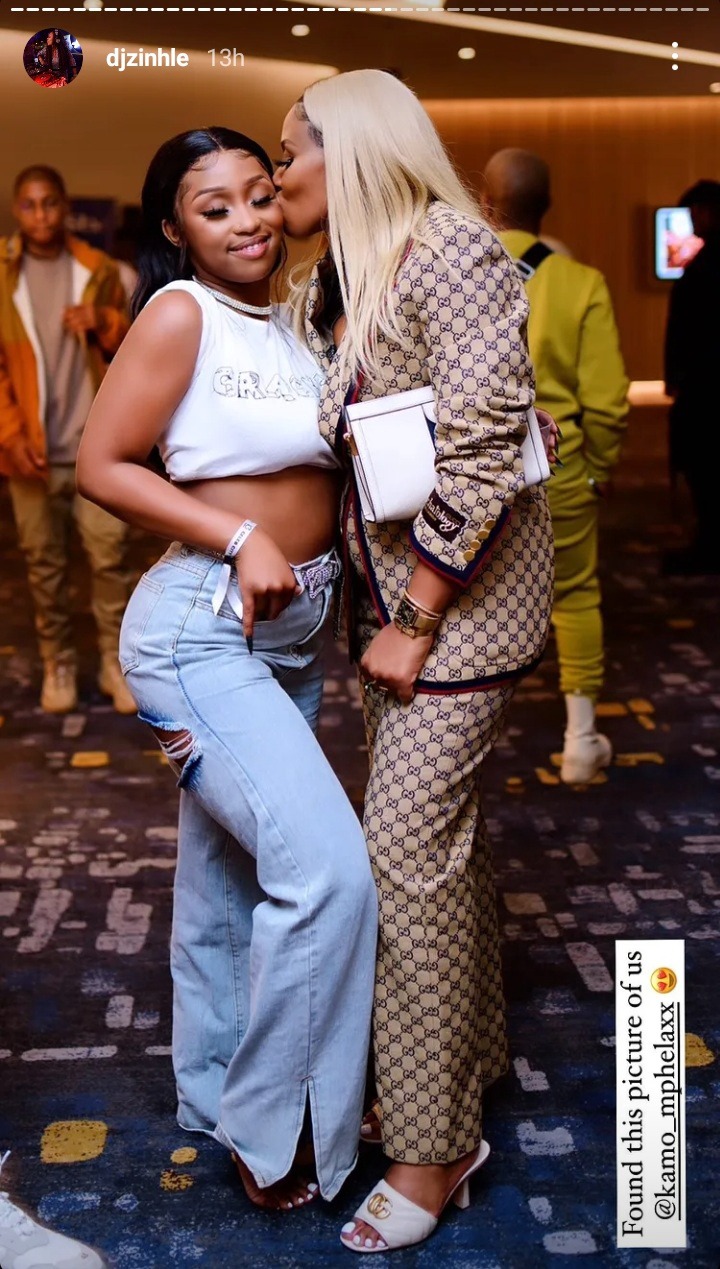 Despite Kamo's facial expression showing that she enjoyed the kiss, I think there is nothing to read from the kiss, as it was a kiss between two friends greeting each other or posing for a picture.

I also think it is very appropriate as many around the world greet each other in this way. 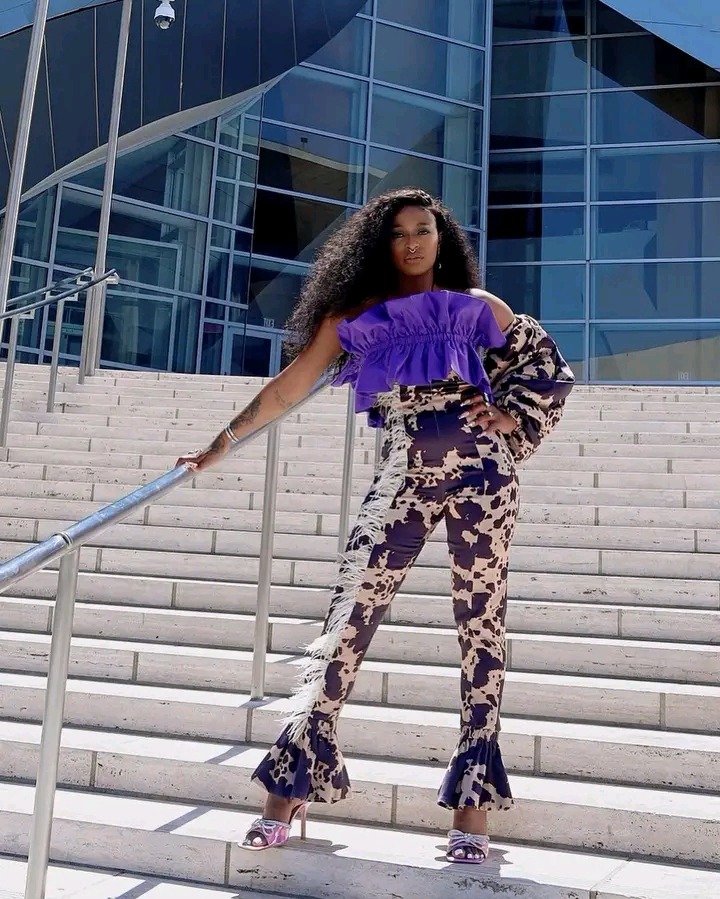