Portia back on this. Check here

PORTIA BACK ON THE SMALL SCREEN!

Portia played Sli Ngwenya in 2018 preceding she went to address Mzansi in Washington DC, and zeroed in on theater and film.

In spite of the fact that she was eager to be back, she said it was a troublesome choice to make since her previous partner had passed on.

The 28-year-old from Newlands East, north of Durban, said Imbewu: The Seed had called and disclosed to her that her character would be returning to the screen.

Source PORTIA BACK ON THE SMALL SCREEN! (dailysun.co.za)

"It feels great to be back on screen. It was hard to return without my dear companion Enhle Gambushe, who kicked the bucket in a fender bender in 2018," she said. 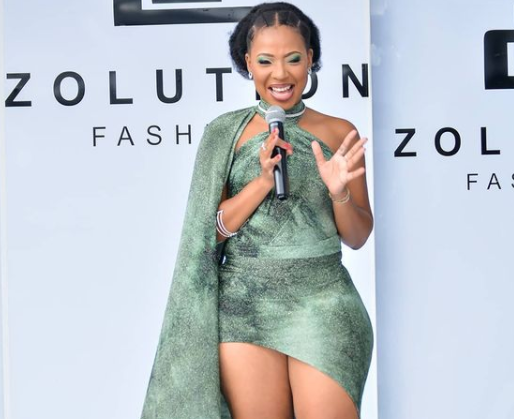 "We were close while following up on Imbewu: The Seed and outside.

"Backpedaling on set felt like I'd see her once more. In any case, life and work should go on, despite the fact that it's troublesome."

Portia said she'd nail her character to respect her late companion and keep watchers stuck to their screens.

"My character, Sli, is a chatty individual who consistently needs to be heard and regarded.

"She'll be drawing nearer to the captured woman minister kaMadonsela to test her relationship with the Bhengu family.

"Sli and I are unique, yet we share the way that I likewise represent what I have faith in."

In 2019, she left Mzansi for the USA in the wake of scoring a major chance to be essential for the Mandela Washington Fellowship for Young African Leaders, held at the University of Delaware.

"I visited numerous spots, as New York, while working in the country's craft industry. I returned a year ago and did my one-lady theater play called The Journey of Growing Pains, organized at the Durban Playhouse. It was about the agonies of growing up and praising life," she said.

Portia has followed up on Uzalo and on the film Love Lives Here. She is additionally an expert artist and organizer of Portia Ncwane Foundation, which elevates the young as far as workmanship.

Catch Portia on our screens on Friday on e.tv at 9.30pm.