Actors Who Refuse To Play Themselves On Tv

Bradley Cooper- A star is born 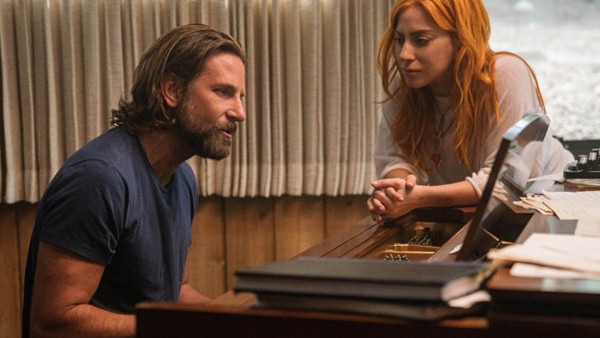 When Bradley Cooper cast himself as Jackson Maine, the hard-drinking musician at the center of his self-directed adaptation of A Star Is Born, it would have been all too easy for him to portray himself: Bradley Cooper, the attractive, charming music star.

Cooper took minor steps to ensure he wasn't just playing a recognizable riff on his public persona, although without giving himself a major change to play the part.

In addition to growing out his hair and beard, he had spray tans done by the film's makeup artist Ve Neill, worked with vocal coach Tim Monich to improve his singing, and, most importantly, reduced his speaking voice by an octave.

These embellishments, taken together, guarantee that we're not just seeing Cooper sing, but actively reinventing himself, earning him a well-deserved Best Actor Oscar nomination. 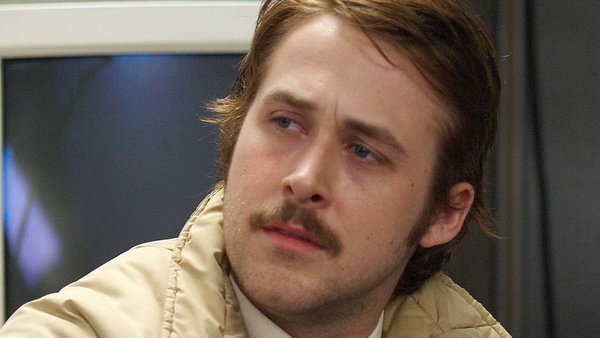 Ryan Gosling, unlike every other actor on this list, never got to play the part he was cast in, with his desperate attempt to create a character who was not himself finally leading to his dismissal from the project.

Gosling was cast as Jack Salmon in Peter Jackson's supernatural thriller The Lovely Bones in 2007, despite the actor's reservations that, at 26 years old, he wouldn't be believable as the father of a 13-year-old Saoirse Ronan.

So, without consulting Jackson, Gosling decided to gain 60 pounds by sipping melting Haagen Dazs ice cream anytime he became thirsty, all in the sake of seeming more rough and down-to-earth.

When he arrived on set in this state, however, Jackson was reportedly not happy and fired the actor, replacing him with Mark Wahlberg, who was more age-appropriate.

Gosling had this to say about the experience:

"It was a big movie with a lot of moving parts, and [Jackson] couldn't deal with each performer individually. I had just arrived on stage and realized I had made a mistake. Then I got obese and lost my job."

You can understand why Gosling wanted to change his appearance and get away from his sexy heartthrob image, but doing so without consulting the director was clearly not the best course of action. 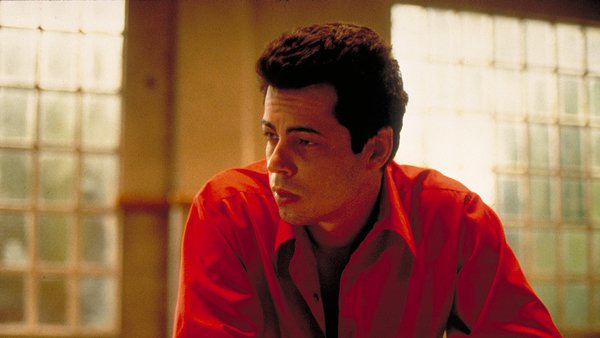 Bradley Cooper is only one of many actors who have changed their voices to better fit their characters, while Benicio del Toro's iconic portrayal as crook Fred Fenster in The Usual Suspects is another notable example.

Fenster's defining feature is clearly his incomprehensible accent, which perplexed both the characters in the film and the viewers.

"After reading the script, I realized that the character's objective was to be the first to die. As a result, every sentence he said had no bearing on the plot. So I sat down with Bryan Singer and told him, "It doesn't really matter what this person says." And, if you don't mind, if you don't mind, I'd want to

'I believe we should let me do something with it.' And he told me, 'Go ahead.' I just mumbled my way through it. But I say every line - every line that has ever been written."

Del Toro subsequently explained that the strange accent was an attempt to sound like a "Black Chinese Puerto Rican Jew," and it helped him escape being stereotyped as a stereotypical criminal just as his career was taking off. 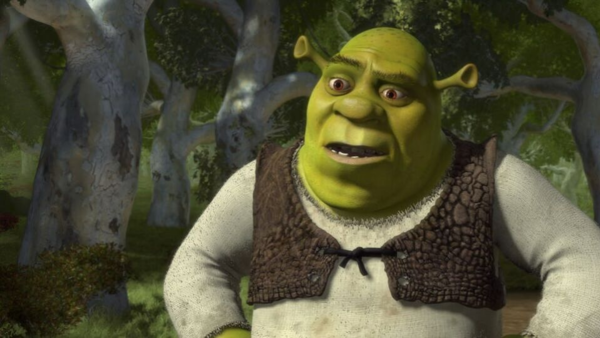 Mike Myers' fantastic vocal performance as the title ogre, mimicking a lyrical Scottish tinge that separates him from every other animated hero in Hollywood, is credited with much of the Shrek franchise's success.

However, Myers only took over the part after Chris Farley died, having recorded most but not all of the necessary language prior to his death.

Myers believed that his native Canadian accent didn't suit the character, so he persuaded producer Jeffrey Katzenberg to let him re-record his dialogue in a Scottish accent instead. According to Myers:

"It seemed strange... I had to practice a few times before I got the voice correct. I tried it in a Canadian accent at first, but it didn't feel right, and since fairytales are a European thing, and ogres are more earthy, the Scottish accent sounded more natural."

Given that about one-third of the picture had already been animated, Katzenberg was not pleased with the alteration, but he eventually consented, incurring an additional $4 million in costs when the original mouth movements were re-drawn to reflect the new accent.

The rest, as they say, is history, with Shrek becoming an instantly recognizable figure based only on his vocal register. 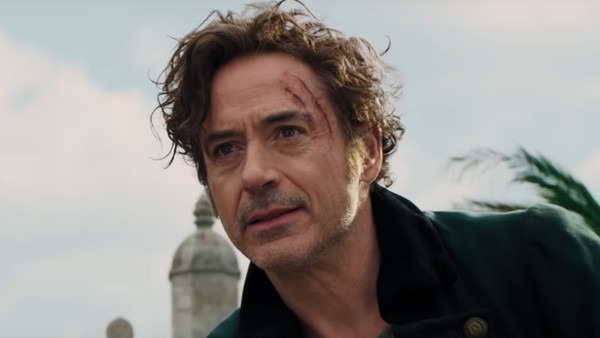 When it was reported that Robert Downey Jr. would produce and star in a new Doctor Dolittle film, there was a lot of conjecture about how he would approach the material and the character.

Many speculated that we'd get a Tony Stark-esque, quip-filled Dolittle - given that Tony Stark doesn't seem that far far from the actor's true personality - possibly even with an American accent, like in the 1998 Eddie Murphy-starring Dr. Dolittle.

But it soon became clear that Downey was going for a more literal translation of Hugh Lofting's 1922 novel "The Voyages of Doctor Dolittle," and that rather than merely playing Dolittle with a broad English accent, he wanted to try something new.

Downey fancied Dolittle as a Welshman and committed to a melodic, mumbly Welsh tinge for the part, miles different from his real American accent.

Both the film and Downey's performance were mocked, especially by the Welsh, because, while the actor had strayed far from his usual demeanor, the end result was profoundly unpleasant, if not completely incomprehensible.

Iron Man as Doctor Dolittle, to be honest, would have been a lot better. 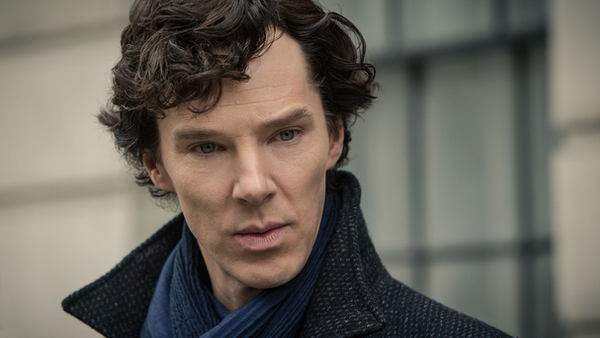 We can take the topic title a little more literally in this case, as Benedict Cumberbatch truly declined an offer to play himself in 2016's Absolutely Fabulous: The Movie.

The production was also hoping to get Cumberbatch for a cameo role, but as star Joanna Lumley stated on the day of the film's premiere, he turned down the offer due to his hectic schedule. Lumley remarked, jokingly:

"In between shots, our director is attempting to lock down the casting of cameo roles, so I have to sit with her in a beautiful chair, eating a delicious Brie baguette, and throwing out names like 'Benedict Cumberbatch...' Benedict Cumberbatch, on the other hand, is booked solid for the next five and a half years.

Even though a Cumberbatch cameo would have been funny, there was a consolation prize: the actor's mother, legendary actress Wanda Ventham, had a small cameo appearance in the film. 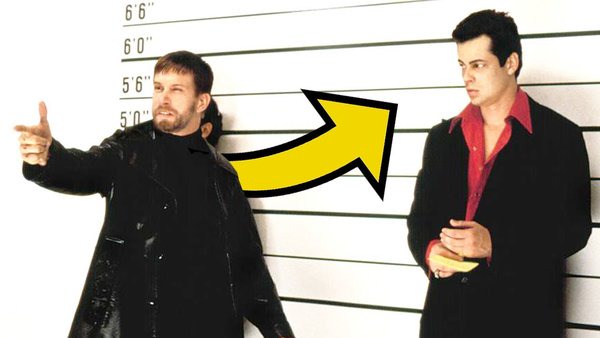