By Pforsimple (self media writer) | 10 months ago

South Africans have begun yet again with the death hoaxes of celebrities and now it is Jobe London.People have been claiming that Jobe London has passed away all over social media of which is a lie.Apparently Jobe London had to confirm that he is not dead, South Africans are still left speechless.

This has been happening lately in the country, celebrities claimed to have deceased. 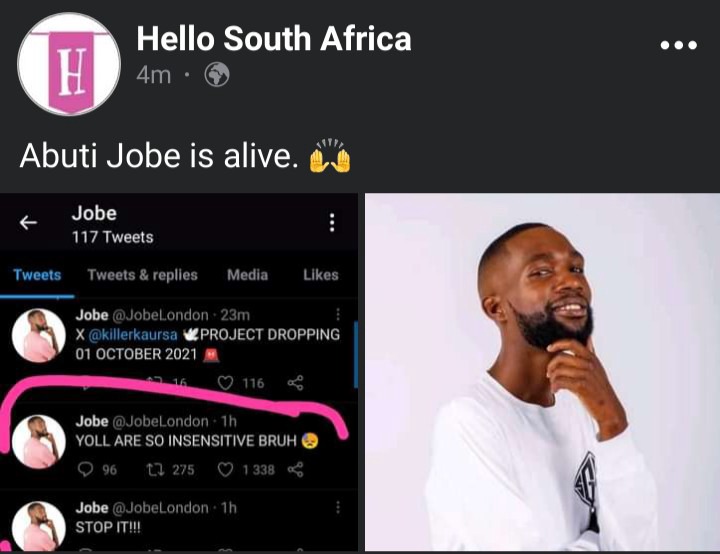 Eventually this has gone our of hand and South Africans need to stop claiming people have died before their family releasing a statement.

Foreigners Burnt A property Of A South African Man. Are They Retaliating? Opinion