WATCH: This guy is not the Real Shaka Zulu this is a late actor, people react 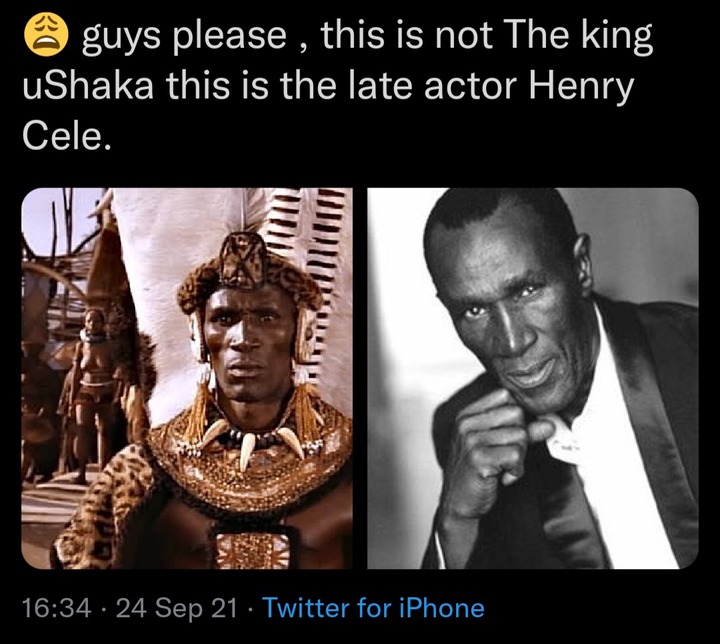 Henry Cele was born on the 20th of July in the year 1941 and passed away on the 2nd of December in 2007. Henry was a South African actor who is famously known for his portrayal of the great Zulu warrior king Shaka Zulu in the South African TV miniseries called Shaka Zulu and also in the movie Shaka Zulu: The Last Great Warrior 15 years later.

Shaka kaSenzangakhona was born on July in the year 1787 and passed away in the 24th of September 1828. Shaka Zulu is also known as Sigidi kaSenzangakhona, Shaka was the founder of the Zulu Kingdom from 1816 to 1828. He was one of the most influential monarchs of the Zulu, he was responsible for re-organizing the military into a formidable force via a series of wide-reaching and influential reforms.