Ayanda Borotho - Ngubane born 13 January 1981) is a South African actress and former model. She began her acting career in 1999 after landing the role of babysitting schoolgirl Thami in the SABC 1 soapie Generations (South African Tv series. In 2000 she had a minor role in the Leon Schuster film Mr. Bones. In 2007 She replaced Zinzile Zungu as Nomzamo in the SABC 1 sitcom Nomzamo from season two. Ayanda played the minor role of Busi in the fourth season of the SABC 1 drama series Home Affairs, in 2009. In 2013 Ayanda was cast as Phumelele on Mzansi Magic's telenovela IsiBaya. In 2018 she was cast as Khethiwe in a South African television drama series Ambitions. 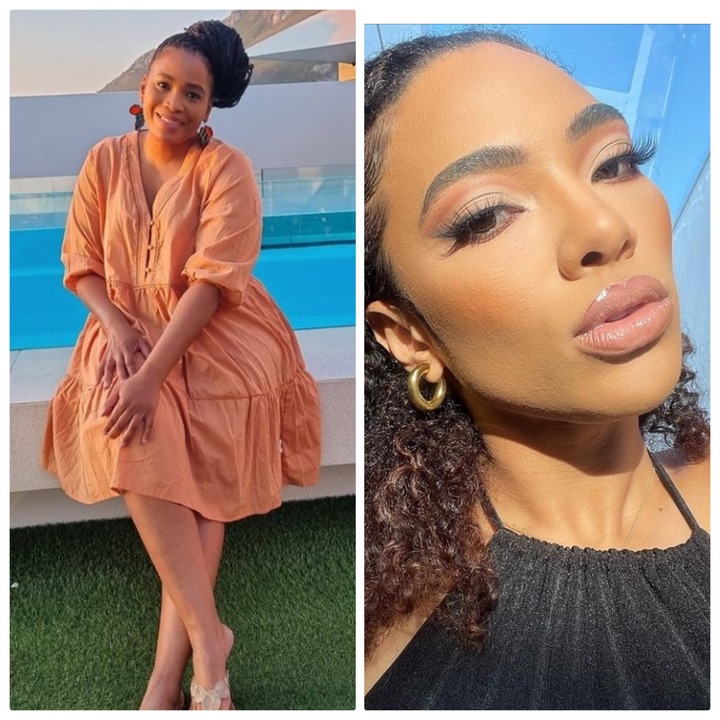 After Amanda Du Pont came forward accusing JubJub of raping her after JubJub said he slept with her. A lot of people had a lot to say defending JubJub some defending Amanda. Some people on social media were not happy with Amanda du Pont's allegations as they say she is lying and defending JubJub saying why did she keep quiet all this years and decided to say this now.

I guess after seeing all this Ayanda Borotho decided to break her silence about this matter as she took to her social media account to respond to people who are saying Amanda is lying, AND WHAT JUBJUB SAID DURING HIS INTERVIEW WITH MAcG WHEN HE MMENTIONEDTHE WORD SMASHED WHEN HE TOLD PEOPLE THAT HE SLEPT WITH AMANDA below is what she posted on her timeline in her Instagram account please read: 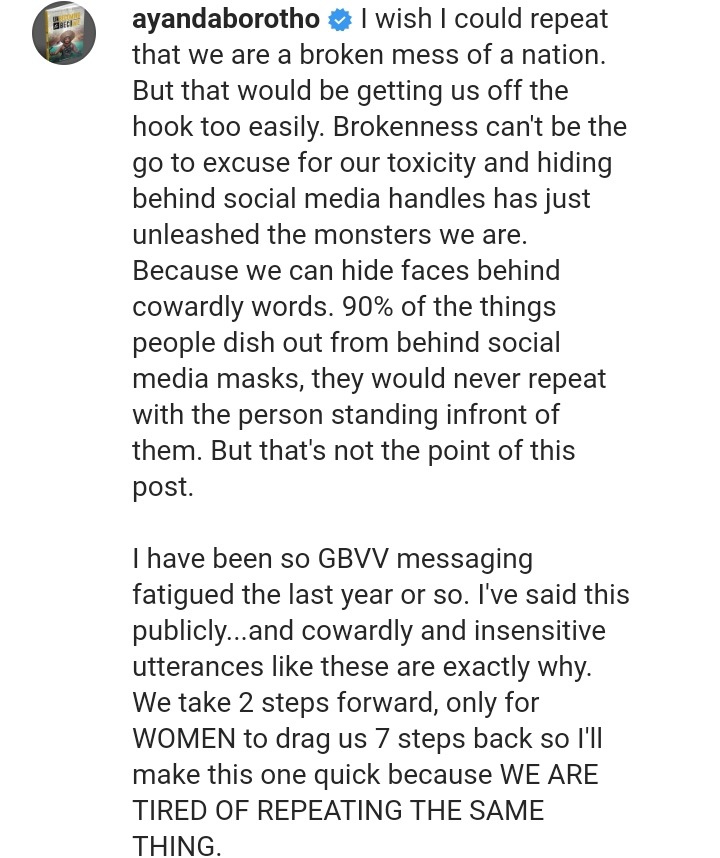 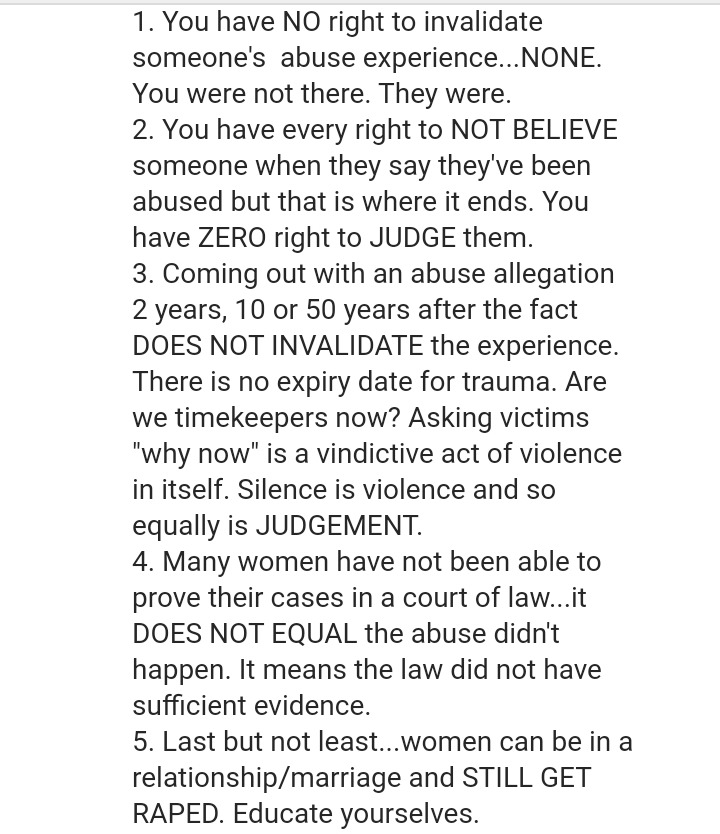 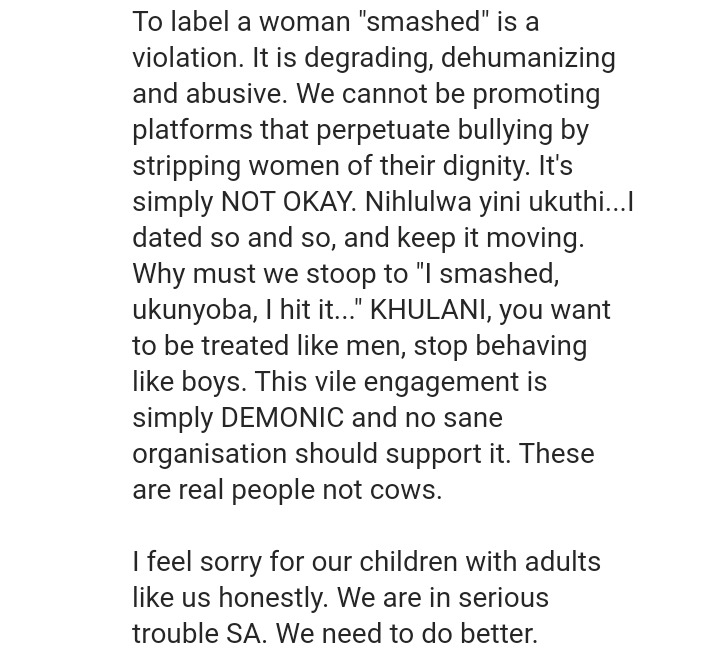 And what probably pushed Ayanda Borotho into speaking up about this matter is because she saw other women people who should be protecting one of their judges her in public by asking questions like why now, why was she quiet. After all, I guess that's some of the things that people said, that made Ayanda angry. 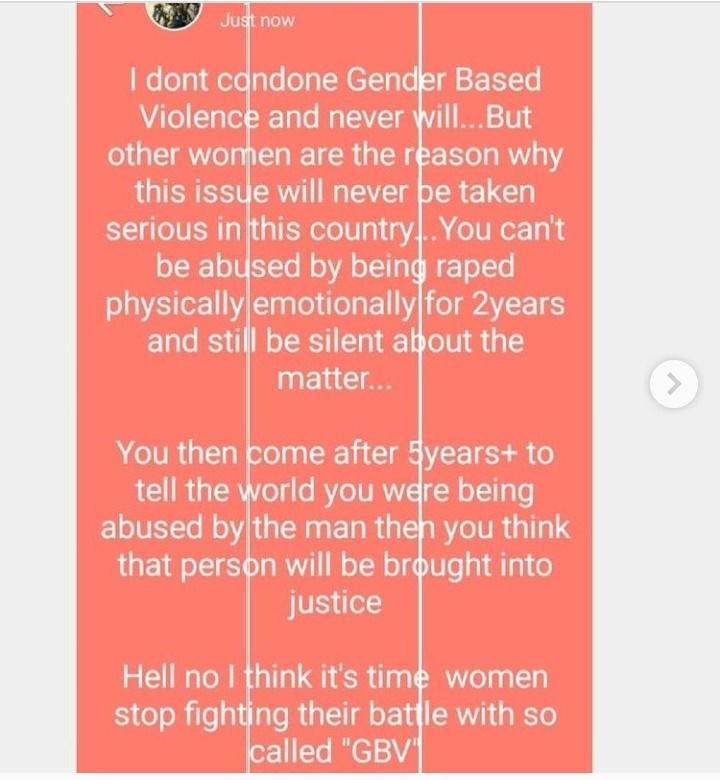 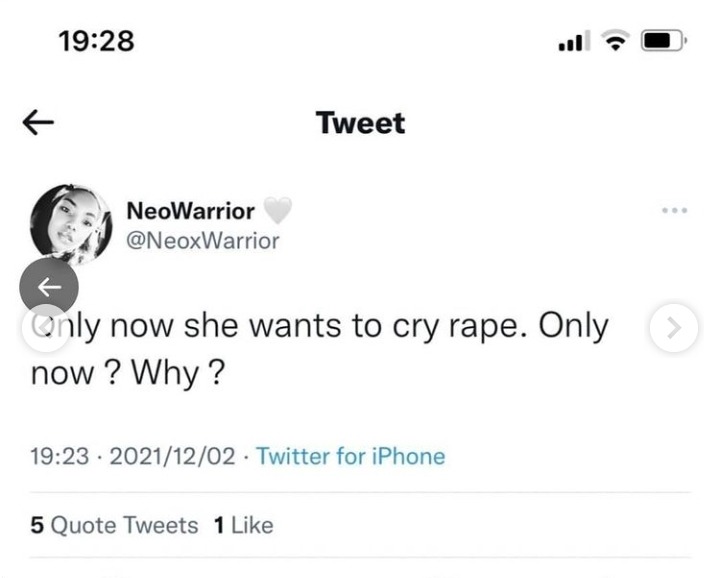 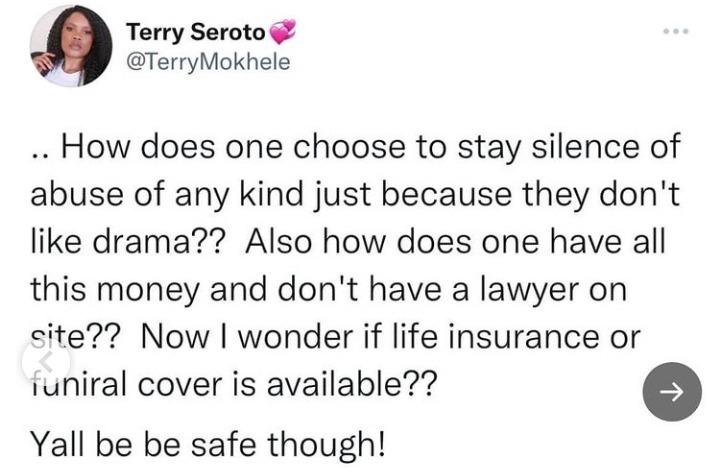 Amanda's case touched a lot of people, and I guess the reason why people are so touched is that a lot of women go through the same thing but they are scared to talk because they are afraid to be judged by people.

Because when it comes to matters like this it's not easy to report someone, more especially if people know that you have been dating the person or you dating the person. As people don't understand how can someone who is in a relationship with someone say the person raped them.

Like what Ayanda Borotho said trying to make people understand Amanda's case and stop judging her for reporting this matter now after all these years. 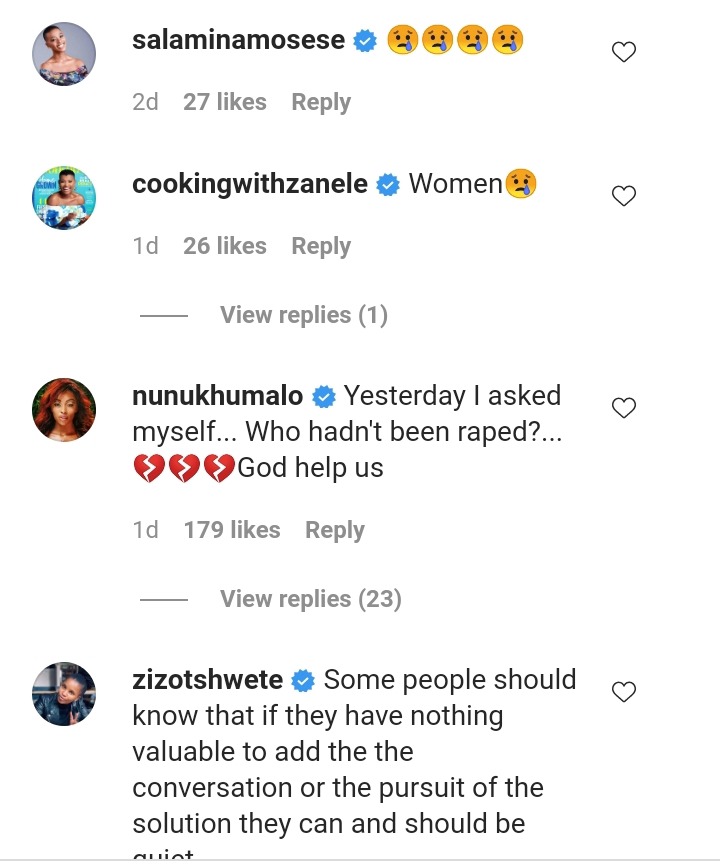 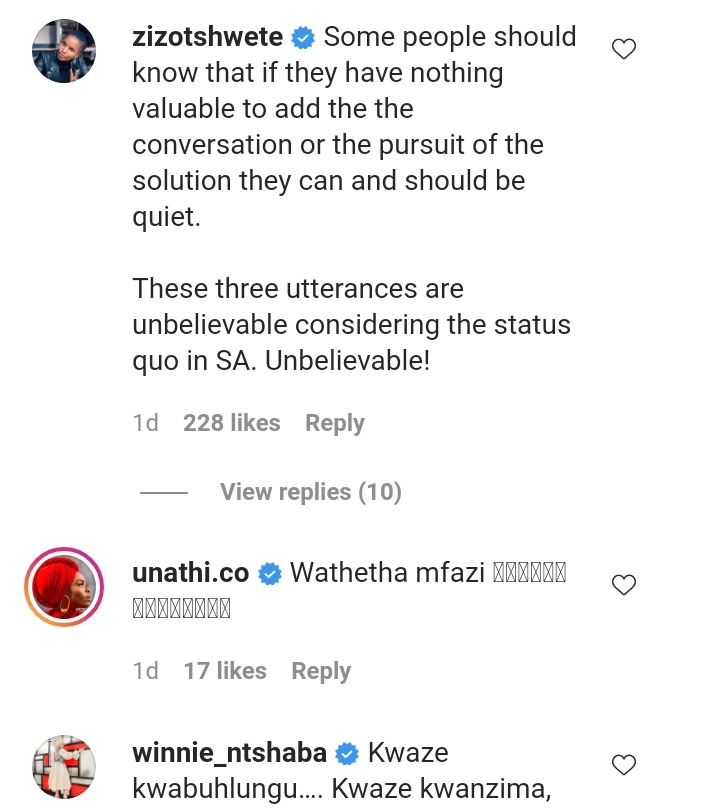 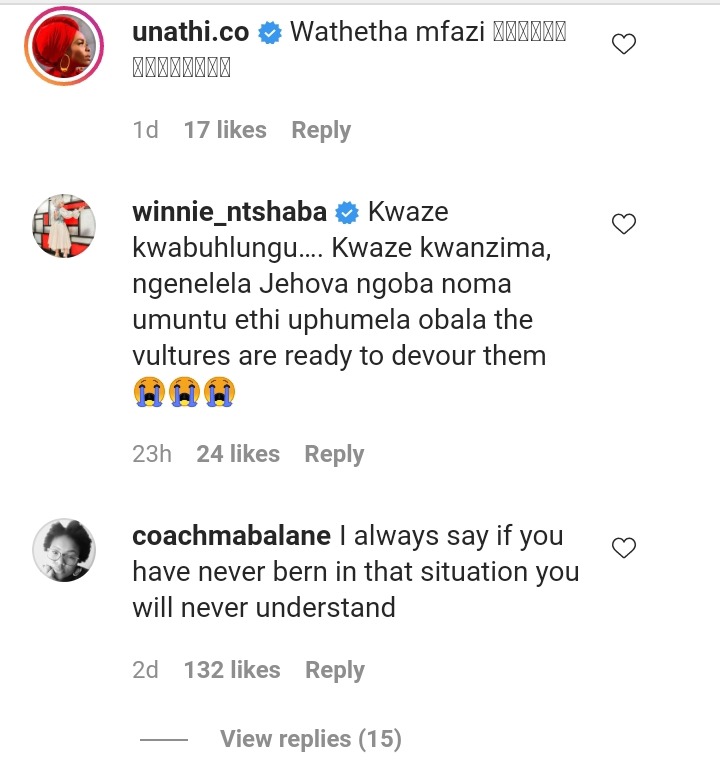