By IllumeEnt.RSA (self media writer) | 22 days ago

When it comes to the entertainment industry in many countries, such as the United States, we see celebrities willing to go to any length to achieve the looks that they desire. Kim Kardashian and Cardi B, for example, are well-known for undergoing plastic surgery. However, this is not limited to Hollywood, as many African countries, including South Africa and Nigeria, have adopted this practice.

Africa has also a reputation for having women with great body shapes and body sizes, if you need to be enlightened about this, let's take a look at the top five popular Instagram models from South Africa. The model who once tried to be a rapper and dropped several songs in 2017. Faith is a multi-talented individual, she has done a lot of things in the entertainment industry. Faith started as a dancer but later she became a big brand as an influencer. Faith has promoted highly recognised clothing brands that are promoted by some of the biggest female celebrities in the South African entertainment space. 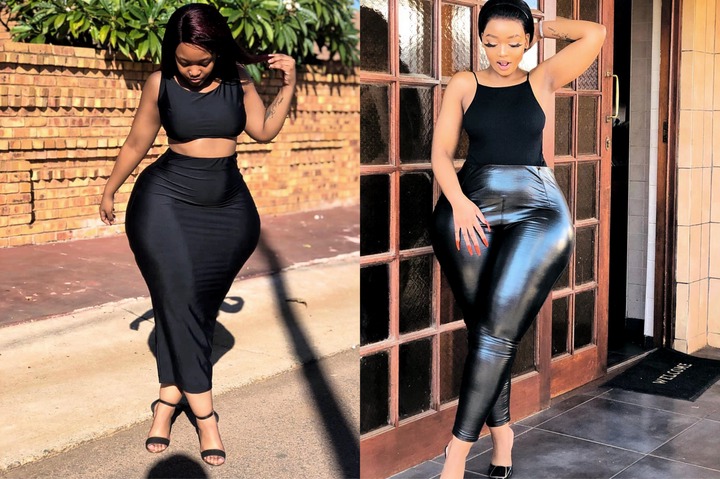 Resego is professionally known by her stage name "Segos Pumpkin", has earned high recognition through hosting events hosting and a lot of her South African followers ended up following her on Instagram, today the beautiful plus-size model has more than three hundred and sixty thousand followers. The mother one possesses a babyface and many South African wouldn't believe Tebogo is a mother and also in her late thirties by age. Tebogo has over three hundred thousand followers. Professional known by her Instagram name "The Bomb RSA", Andiswa is the next fashion big thing in the fashion industry. She got popular by only posting herself on Instagram. Beautiful Andiswa has managed to build a big fan base at an earlier age and now she is well-known nationwide. She might not have built her Instagram fan base from scratch, because of her debut on the popular TV show "Muvhango". However, since social media presence is the main thing that keeps followers coming, Buhle Samuels has done all this and has over 2.1 million followers on Instagram.