By Manamela (self media writer) | 8 months ago 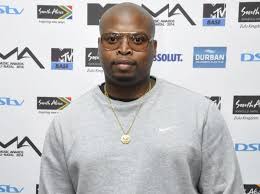 Dj Tumi was specialising in hop hop and he changed his name into Dj Dimplez and became famous in in 2004 after he was given an opportunity together with DJ Milkshake to showcase his talent on Tbo Touch's show om Metro FM. He went on to land a slot on Saturday evening on YFM.

Few weeks he was on social media accused of endorsing rape after he posted a cover of his album "What a night' holding a drunk woman. Back to reality, he was trending yesterday after it emerged that a certain wild woman is pregnant after a one night stand with him after they met in a club. This woman wants Dj Dimplez to be responsible of the kid and the circumstances around how the kid was sired got Twitter blasting the woman.

Apparently, Dj Dimplez is a drunkard according to the 21 year old lady, the first time, they met at Casper Nyovest's birthday party at his house in Bryanston, he showed interest in her but he was too drunk and she have to let it slide. Then, their paths always crossed at a club called Blackdoor and Sumo and she was a regular host invited by club Promoter by the name of Chris. One night as the club was about to close, she sat outside the club with the club Promoter, Chris after Rik Rick' performance and after hosting, and waited for an uber and DJ Dimplez appeared. He asked her out again but he said not to his house and she said she reallissed that Dj Dimplez was too drunk and very slow. They ended up going to an after party together with Chris and other 3 girls and 2 guys but she said Chris the Blackdoor and Summo club Promoter, asked money from Dimplez but he was too drunk and she ended up giving Chris that hoping that Dimplez was going to pay her back. They called for uber and she paid for uber and food. They went to a hotel because he didn't want to go to house. They booked a hotel. She fell pregnant and she told him she was pregnant and he was not happy with it at all he accompanied him to a woman's clinic in Soweto for a pregnant scan, though he was not allowed in because it was a woman's clinic. After that, Dimplez blocked her on Instagram and started accusing her of irresponsibility, tricking him, and stealing money from him and that he doesn't know her, even her name but the lady maintained that he gave money to book the hotel in front of security guards and there are witness and the Uber driver was also a witness and they are videos for him booking the hotel. She never took any money from him. Dimplez opened up a case of rape at Sandton Police Station against the woman accusing her of raping him. He said, he can't remember them getting in bed together. She never take pills after that. In a WhatsApp screenshpt conversation between the lady and Dj Dimplez, he pleads poverty that his dj business is bad because of Coronavirus and said to her, he is not capable of taking care of a kid, nether her is capable of doing so.

Okay but Dimplez was too drunk the night they had sex she said so herself that he was too drunk that night hence he didn’t even remember he came inside her , isn’t that rape ? If the roles were reversed wouldn’t we be crying rape ? 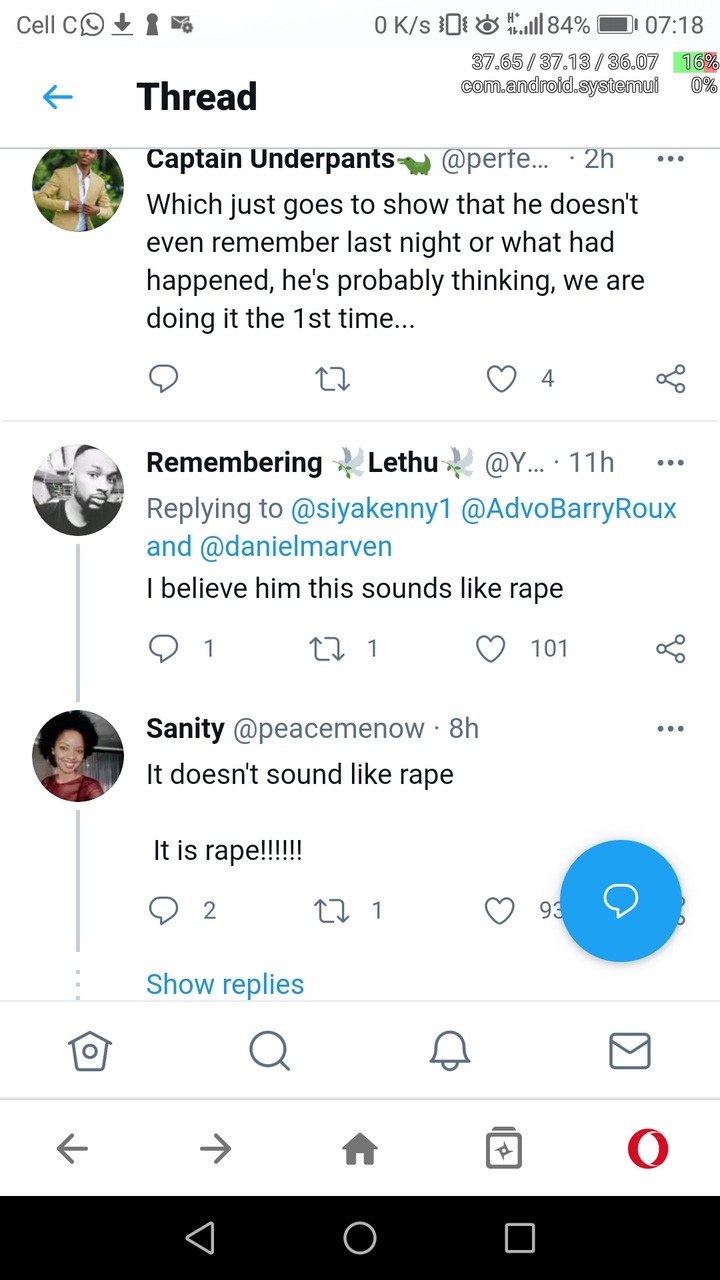 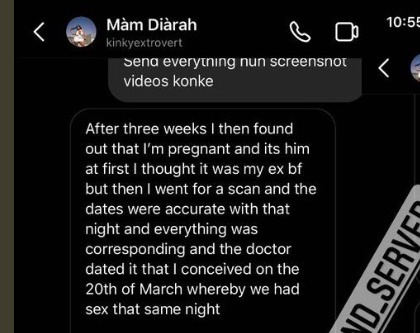