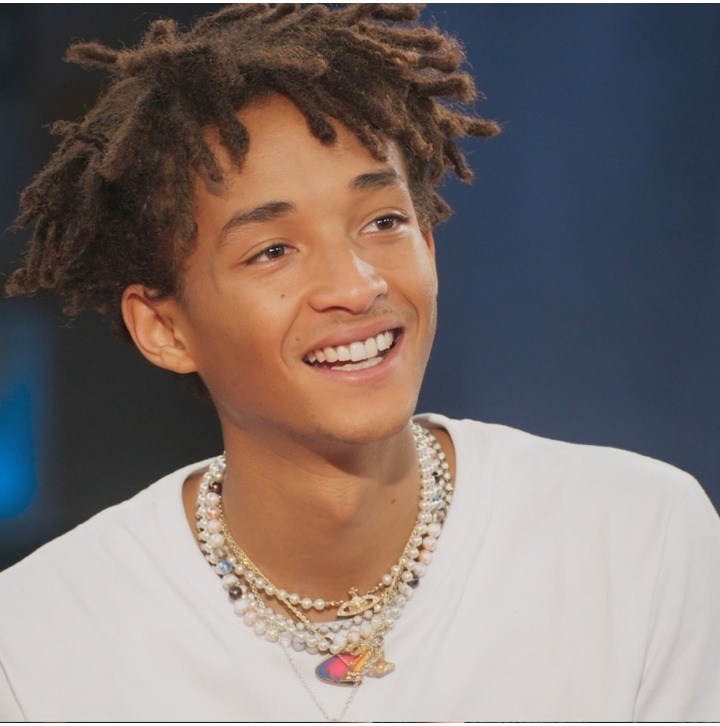 Jaden Christopher Syre Smith is professionally known as Jaden Smith, he is he second son of Will Smith and first oldest son of Jada Pinkett Smith. Jade was born on the 8th of July 1998, he was born in Malibu, California in United States of America. He is an Actor, 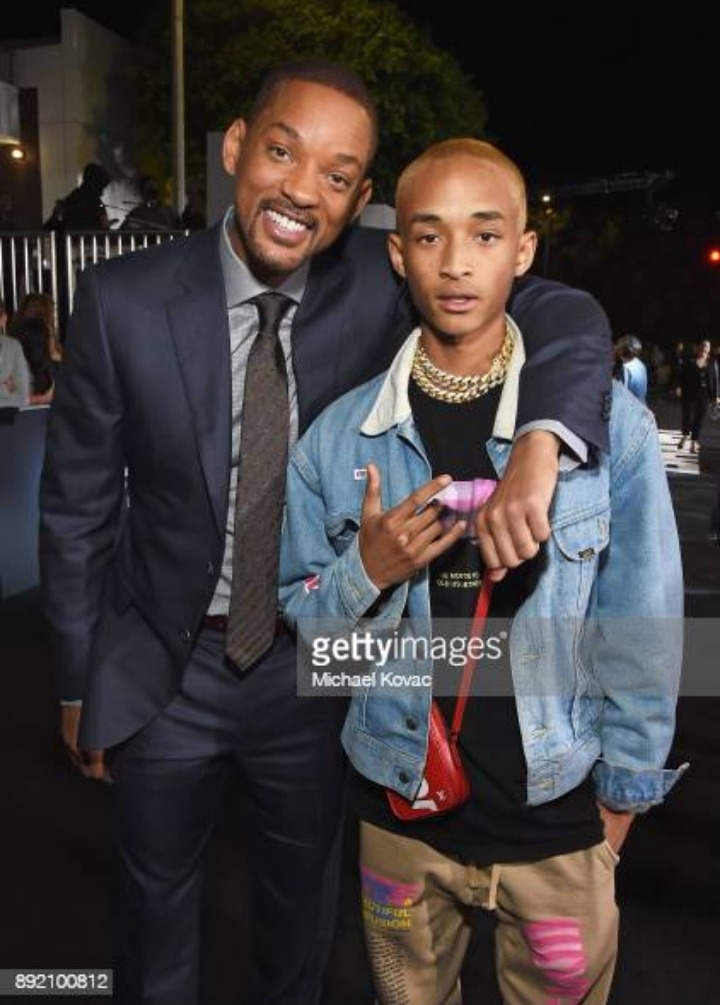 Rapper, Socialite, influencer and songwriter. Jaden grew up in a very lovely home with his both parents together along with his little sister Willow Smith. He has always had the support of his family and friends, Jaden once dated Kylie Jenner when they were younger. Two years ago, the Smith 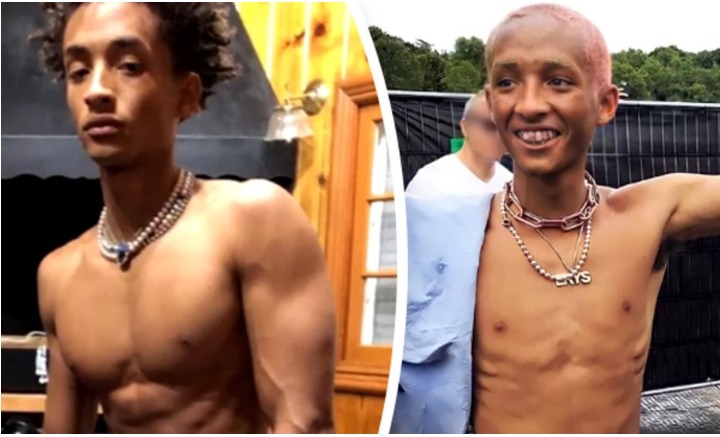 family took a decision to intervene in Jaden's health after he showed up on the Red Carpet appearing too thin. On their family owned interview room called The Red Table, opened up about his dietary issues and how he has tried to gain a muscle and overcome it. Jaden had,

Gut health issues because he was not feeling hungry when he should eat and he had a lot of stress, he spoke about how the top doctors were able to save his life and get him back on track. He said he was very determined to get help and he 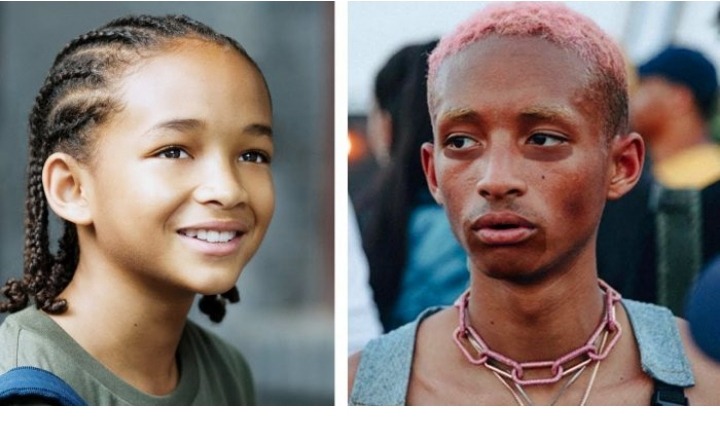 Was able to work with the doctors and he git his vitamins, supplements and protein shakes which is half been his regular diet, he said his diet acts like a password which helps him find his body, when pictures of him performing at Coachella appear he says he was just bones. 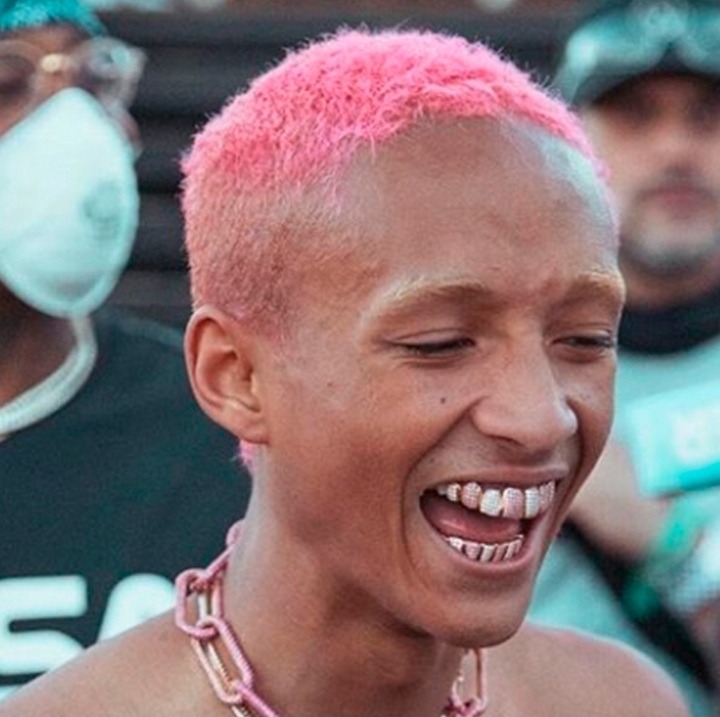 He said he was not a aware that he was so too thin or slim, he just thoughthe was so tight. He said his illness come from him eating so much sugar , which has built a candida in his stomach because he stated eating pancakes when he was 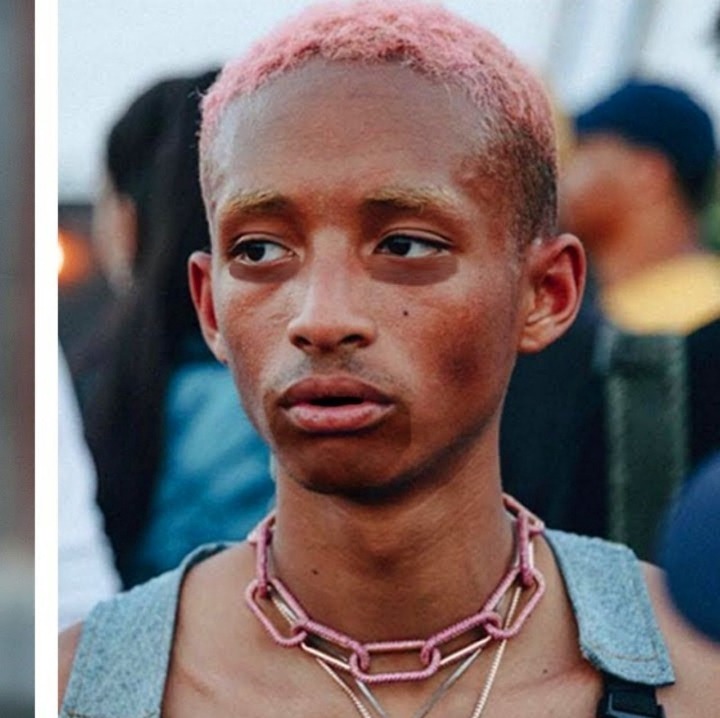 Young mostly for breakfast. Jaden said that he blames everything to his sweet tooth, he was so happy that he has gained t0 pounds. 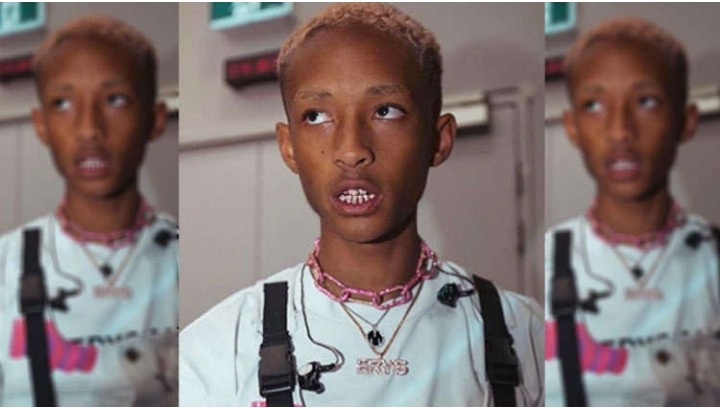 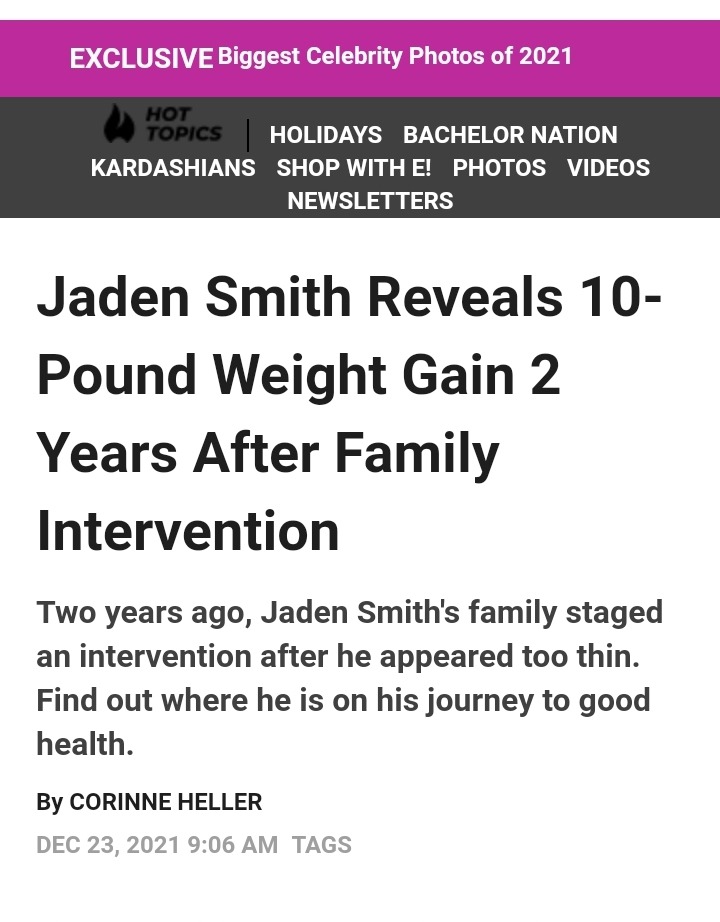 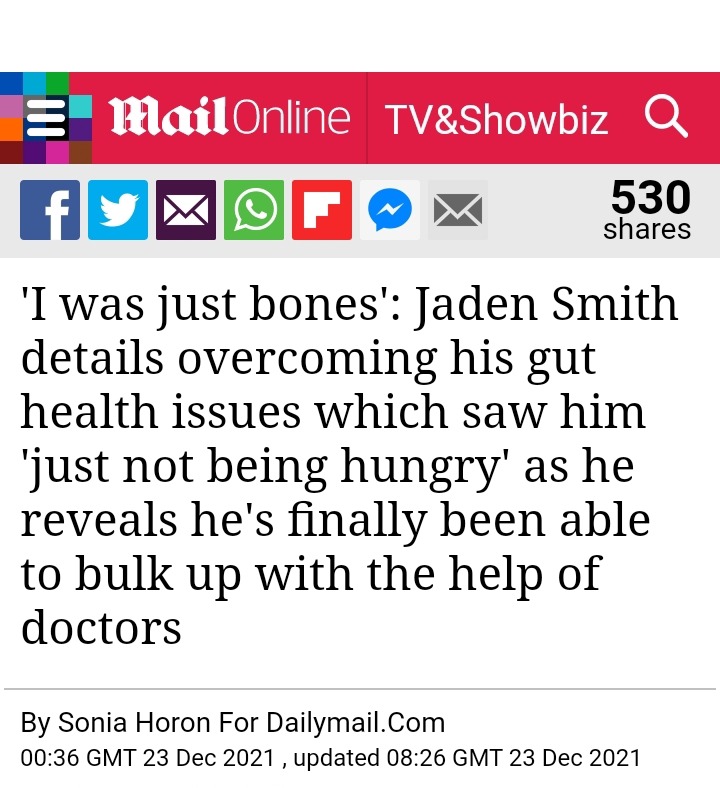