Could Unathi be the problem?

By Bubbles1 (self media writer) | 2 months ago

We have recently seen our favorite SA Idols judge, singer and radio personality Unathi Nkayi;flashing all over social media platforms and even making it to the front page of yesterday's Daily Sun newspaper.

A couple of years ago Unathi joined the Metro FM but was once suspended for six months during the course of her labour there. This was due to a fight she had with one of her listeners on Twitter due to a supposedly rude remark that was made by the listener. This fight went viral on twitter and that led to her suspension. She got her job back but later on was fired from Metro FM. According to Daily sun newspaper released on the 31 March of 2016 where Unathi was expressing her exit from the FM saying that her reason for leaving was that she had an abusive relationship with the broadcast. She even posted sharing her goodbyes with her fans on Instagram.

Well Unathi moved to Kaya FM and recently the same situation occurred. Her contract was terminated with immediate effect and according to Kaya's released statement concerning the matter that was roaming around Twitter it said that they had to terminate the contract due to conduct of Unathi that caused a relationship that was intolerable. This is so surprising cause the same person who fired Unathi from Metro fm is the same person who fired her recently on Kaya 959 with certainly similar reasons. This is raising a concern to Unathi's fans that she might not be the problem. A thorough investigation should be made upon this matter. 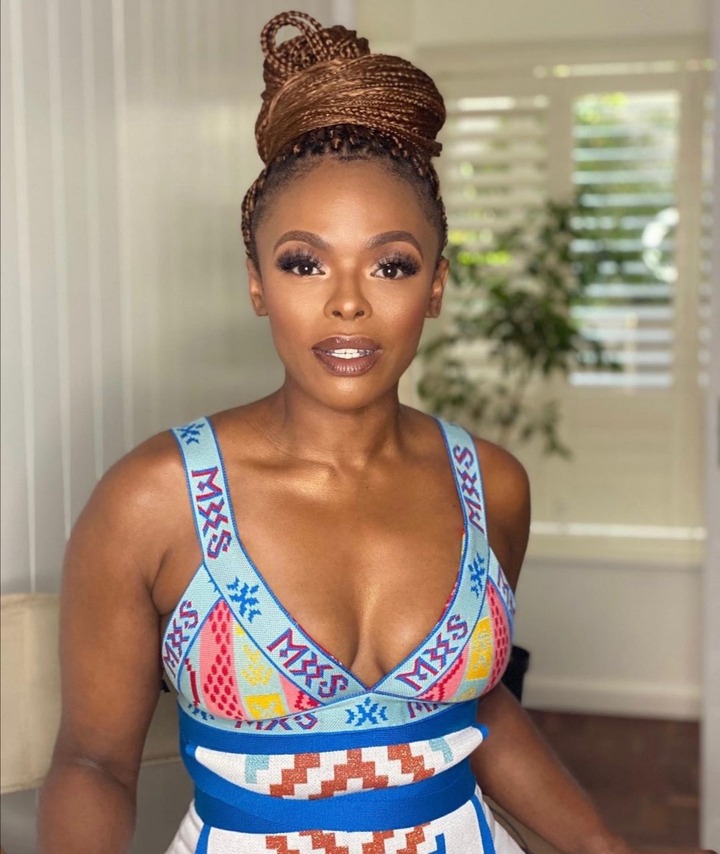 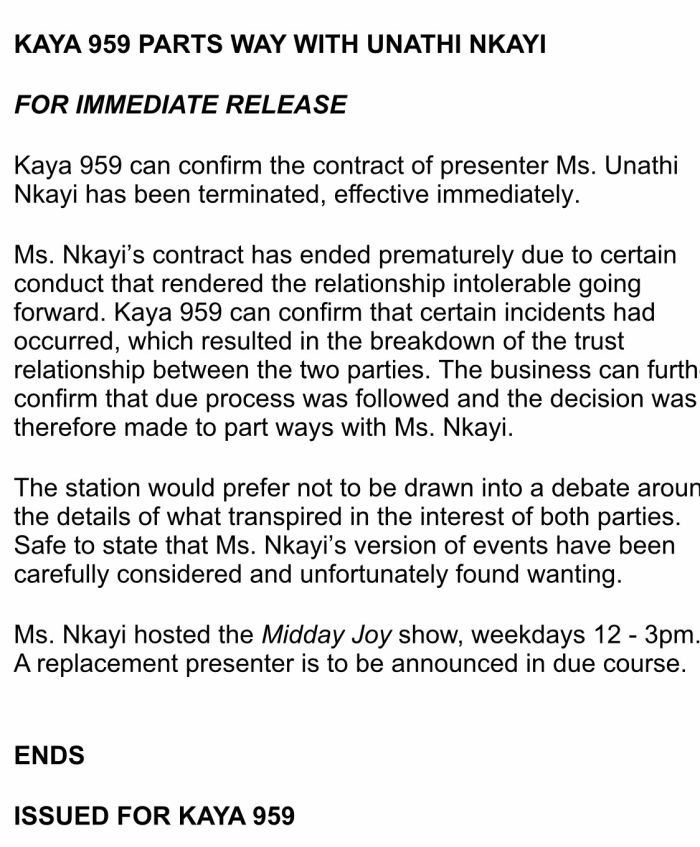 Content created and supplied by: Bubbles1 (via Opera News )

Anele Mdoda left Mzansi astonished with her recent post showing off her beauty.