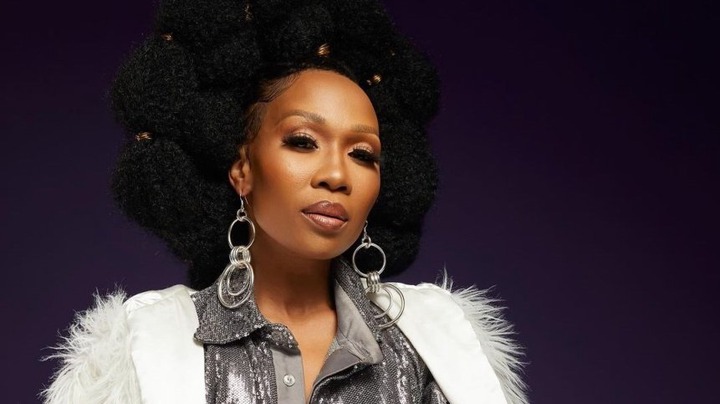 Media personality Dineo Ranaka caused some of the biggest controversy when he recently took a break from Metro FM. And after her dark window of seeing her go through a lot of anxiety, she seems to be finally recovering.

She recently shared on her Instagram that she has returned as the host of her own show 'The Bridge'. She returned immediately and she rejoiced with her fans.

Dineo also said she will have many great victories over the next few weeks. She will be appearing in a new TV show, but has not provided any further information on what it will be. According to her, today, when filming officially begins, will be her first set day.

In addition to these two, Dineo will also release his single Ukhona. As she previously shared, the release of this song is perfectly timed for that moment as it comes at a very turbulent time in her life.

It is very moving to see him holding his head high. She recently took to Instagram to share with her fans how to stay sane. She advises not to focus on the disgusting things people say about you online, especially on Twitter. This isn't the first time

Dineo has had to stand up. She caused her uproar on her social media after a video leaked yelling at a man suspected of being her own lover. In the video, she insulted him and said that he only used him as a rebound. She also accused him of using her for her own self-esteem.

Due to the nature of what he said to him, he was greatly criticized by those who considered him too arrogant. And, as you may have guessed, it's all from Twitter. He said many insults about her and even offered to take her down.

But Dineo is a strong woman who is proud of her resilience. Everything that has happened in the past few weeks has caused her a lot of upheaval and anxiety, but she has found a way to make the most of it by starting a new clothing business that rewards people struggling with anxiety like herself.