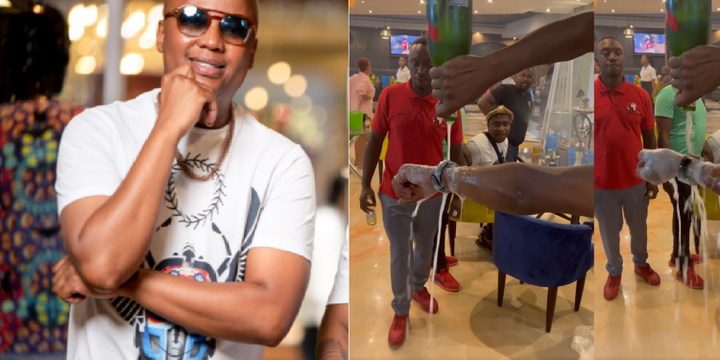 Lynne Sibika, also known as Mahoota or DJ Mahoota, is a South African veteran house genre DJ and producer. Last night he did the unexpected and poured an entire bottle of champagne on his watch. People in his presence cheered him on but, some people of Mzansi highly disapproved.

Mahoota is no longer a spring chicken. This year, he’ll be turning 59 years old. Surprisingly enough, most of his former industry peers have retired in the music game to leave some space for the younger generation. On the other hand, he is still making music and spinning the decks.

2022 is the year the musical living icon celebrates 21 years in the music industry, and he’s still going strong. He’s proven that you’re only as young as you feel and that age is just a number.

Fans that were disappointed with the act

After the video surfaced on the internet, some South Africans expressed their disappointment in him. The reason is that he’s an older man who should fully comprehend the value of money. He is a fully grown adult who’s a role model to coming generations, and that should propel him to behave better. Another reason was that South Africa is struggling financially, and seeing people waste money like this, is painful to the poorest of the poorest.

Fans who supported the act

Some people thought the star did well. It’s part of the musician culture to flaunt their money. 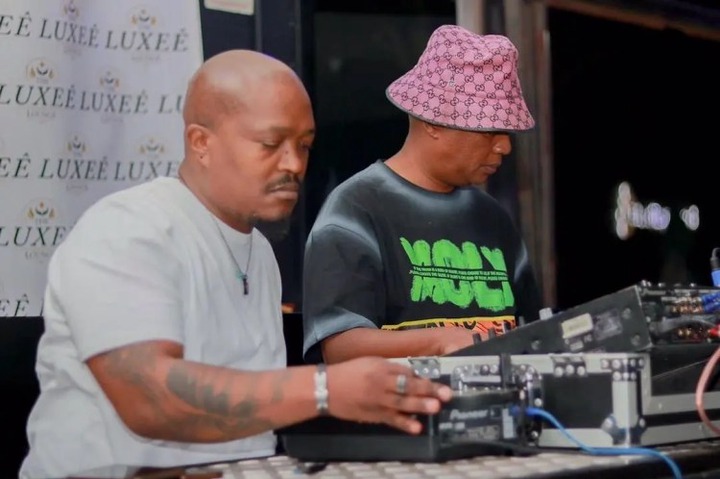 Mahoota recently released an amapiano song titled Ungwana, and it’s a banger. In the past, he released hit songs like Vaya Orlando featuring Dr. Malinga, Madibuseng, and Putuku featuring his friend and colleague Dj Vetkuk. In the 90’s he released the Kwaito hits Sigiya Nengoma and Madibuseng; the majority of his old songs still have relevance today.

DJ Maphorisa recently crusted weed on a $100 note, and Andile Mpisane has poured an entire bottle of champagne over other champagne bottles. Aka and girlfriend Nadia Nakai poured champagne on their Rolex watches last week.