By Eloquence (self media writer) | 19 days ago

South Africa is in shock after news broke out the tragedy which has fallen to some film crew in Gauteng. At this moment there are already worries about "heavily armed" gangs which are apparently terrorising people around South Africa. 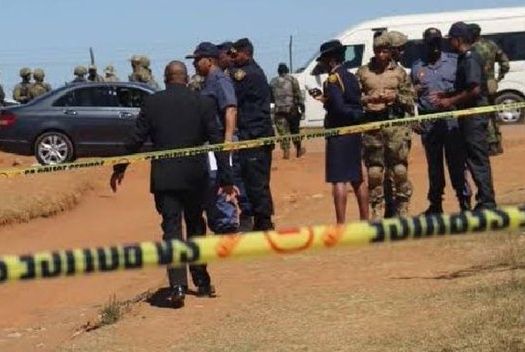 According to reports, a group of "Zama Zamas" attacked a film crew last night and robbed them. The reports further states that several women were apparently raped by the gang which robbed their crew. 'Zama Zamas' seems to be a problem for most of communities around Gauteng. 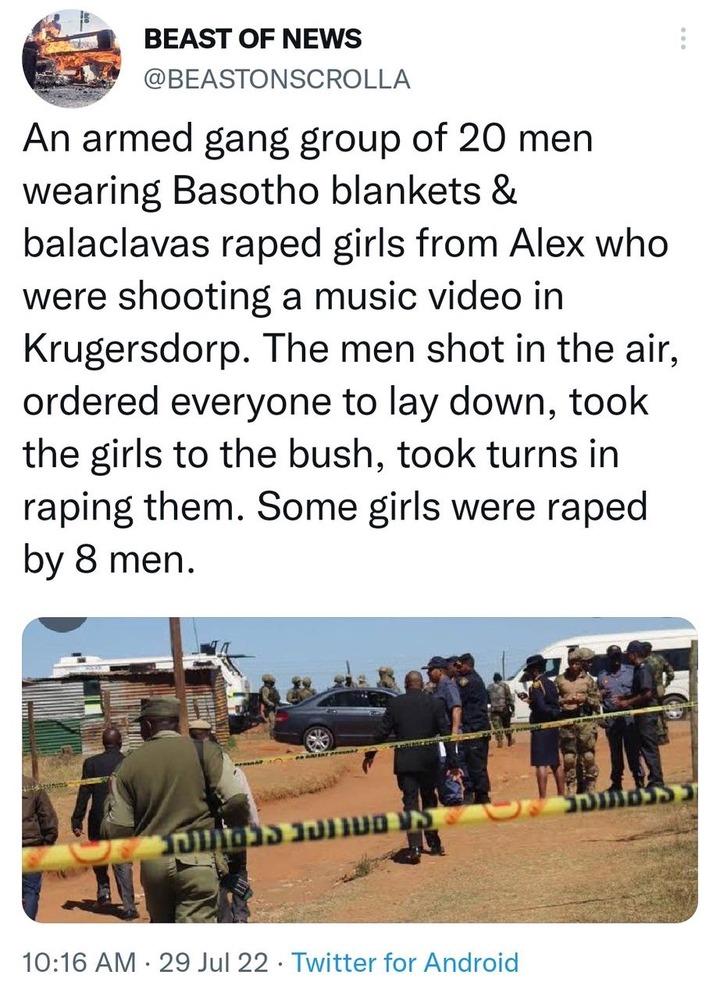 Upon the reports of this sad story some people have started with allegations against foreign nationals. Uphendo Nzuri has alleged that she has apparently seen multiple videos of the alleged 'basotho' zama zamas and they are almost heavily armed.

The problem with the issue of crime in South Africa is that when people get feed up and decide to take matters into their own hands they will get arrested. However the truth is that most criminals are very much afraid of mob justice but that is not good because sometimes innocent people become victims. 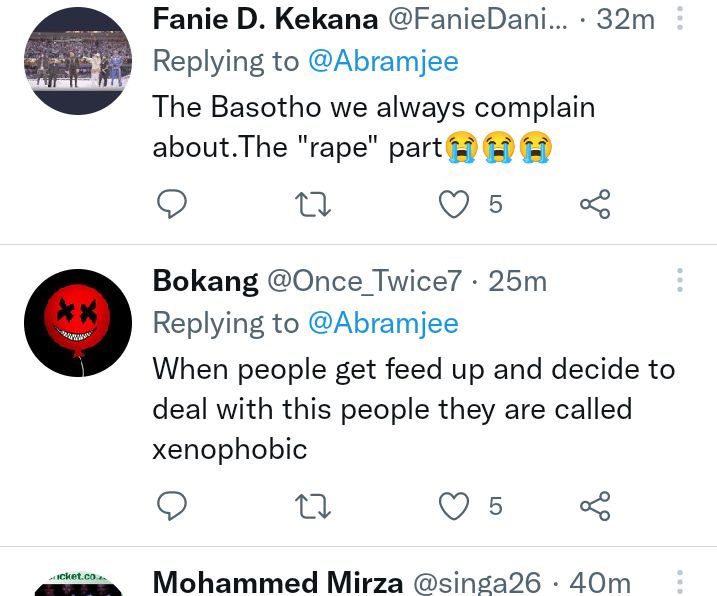