By SilentWhisperer (self media writer) | 1 month ago

The 55-year-old musician is accused of 13 crimes, including making and receiving child pornography, obstructing justice, and inducing children to engage in sexual behavior. Last year, the singer was convicted guilty of sex trafficking and racketeering in New York and sentenced to 30 years in jail. 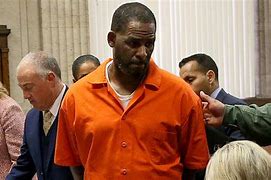 United State assistant attorney said to the court that "Kelly had another side, a hidden side, a dark side. This trial is about Kelly's hidden side". On Wednesday, attorneys provided details about the individuals who would present their accusations against the 90s hitmaker to the jury, including Jane (not her real name), who plans to discuss her claimed participation in a sex tape with R Kelly when she was 13 or 14 years old and he was 31.

The assertions that Jane appeared in three or four videos with R Kelly—parts of which will be played for the jury during the trial—were made by the prosecutors. The "I Believe I Can Fly" singer was accused of intimidating and paying witnesses in the 2008 trial that revolved around the video, but both parties insisted they weren't on the recording. They both chose not to give testimony, and R Kelly was exonerated of all 14 accusations. 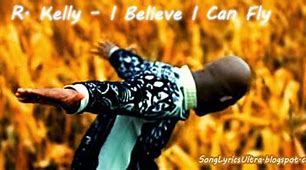 Two of the singer's former employees are also charged in the trial, including Milton Brown, who is suspected of obtaining child pornography, and Derrel McDavid, his former business manager, who is accused of helping R Kelly obstruct the 2008 court procedures. Derrel expects to testify, according to his attorneys, and the couple have pled not guilty to all of the accusations. The "Ignition" hitmaker and Derrell McDavid, according to the prosecution's attorneys, bought Jane and her family's silence with cash and opulent presents. R Kelly's attorney, Jennifer Bonjean, responded by pleading with the jury to disregard the state's portrayal of him as a "monster" and grant him a fair trial. She said that: "There is no R Kelly exception". Bonjean also said: “It is true that Mr Kelly is imperfect. It is true that, on his journey from poverty to stardom, that he stumbled along the way. We won’t deny that.

She criticized the documentaries delving into the R Kelly scandal for creating a "mob-justice mentality," calling many of the witnesses testifying against her client "criminals" who have "extorted him" and struck deals for immunity. The earlier court case examined how R Kelly trafficked women throughout several US states with the assistance of his crew, including managers, security guards, and other members of his entourage. These hearings, which are taking place in R Kelly's hometown, follow that case. In addition, the court heard testimony about how he had illegally obtained documents to wed Aaliyah in 1994 when she was 15 years old, just seven years before the singer of "More Than A Woman" passed away in a plane tragedy in 2001. This Article's story is according to Independent online https://www.iol.co.za/

Content created and supplied by: SilentWhisperer (via Opera News )