By josethewriter (self media writer) | 10 months ago

King Goodwill Zwelithini, who ruled the Zulu kingdom for over five decades and died in March 2021, was married to six wives. He married Sibongile Winifred Dlamini as his first wife before coming to the throne, as it was conventional for an unmarried man to be unable to aspire to the throne. Following the death of the king, the royal family has been divided on who should succeed to the throne. Queen Sibongile Winifred, the late king's first wife, has questioned the validity of the late monarch's will in the battle for his successor. The late Queen Mantfombi Dlamini Zulu, the king's third wife, was named queen regent in King Goodwill's will, which was made public after his death. 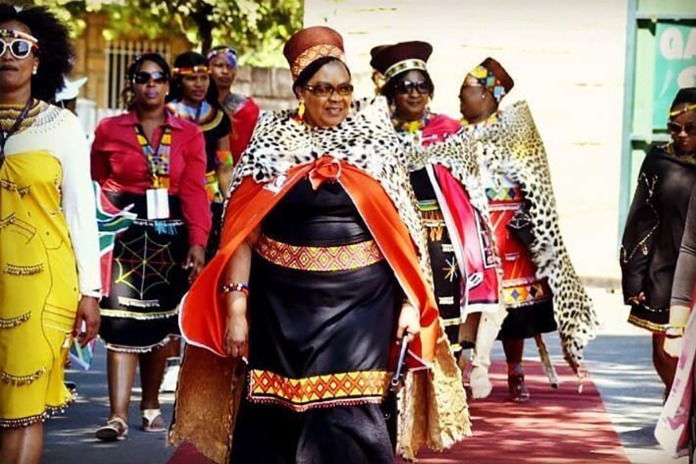 This status gave her the authority to name the Zulu nation's next leader. Before she died, she named her son, Misuzulu Zulu, the new monarch of the Amazulu kingdom. Misuzulu Zulu is also the first surviving son. Queen Sibongile Winifred Dlamini has objected to the development, claiming to be the late king's only lawful wife and demanding that she be given not only the throne but also half of his assets.

According To Sibongile, She Was Abducted To Marry The Late King

There is currently no information on the early life of Sibongile Winifred Dlamini, late King Goodwill Zwelithini's first queen. She released a 35-page affidavit in an attempt to prove that she is the rightful heir to the throne, in which she claimed she had been abducted (ukuthwala) to marry the late king. 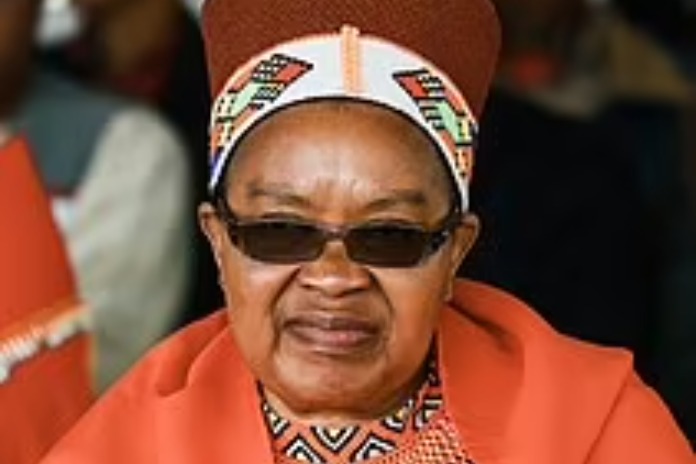 According to her, the late monarch and his brother-in-law, Prince Klaas Mahlangu, picked her up from school in September 1961 and drove her to the KwaKhethomthandayo Palace in Nongoma. She was compelled to marry the late King Goodwill when she was 20 years old. Ukuthwala was legal at the time, and it was part of the Zulu nation's established rules. A woman may be summoned from her house or wherever she was for the sole purpose of entering a traditional marriage.

It's easy to extrapolate from her affidavit that she married at the age of 20 while still in school. King Goodwill was crowned King of the Zulu nation about 7 years after their marriage. Their wedding took held at Nongoma's St Margaret's Church.

The most evident outcome of polygamy is having a large number of offspring, as was the case with the late King Goodwill, who married six wives and had 28 children. Only five of his 28 children were born to his first marriage.

Prince Lethukuthula Zulu, their firstborn son and the king's eldest son, was born in 1970, but sadly, he died in 2020 at the age of 50. His body was discovered lifeless at the Graceland residential complex in Northwold, Johannesburg, and a murder case was opened.

Princess Nombuso Zulu, Sibongile Winifred Zwelithini's second child, was born in 1973 and is doing just fine for herself, owning a profitable catering business in Durban called Ilembe Catering Services. Ntombizosuthu Ka Zwelithini Duma, her younger sibling, was born six years after she was born. Ntombizosuthu, like Princess Nombuso, is a successful entrepreneur. She is married to Mbongiseni Duma, a businessman with whom she owns Persuasions and Zamalwandle Transport Logistics.

Princess Ntandoyenkosi Ka Zwelithini Ngcaweni, the fourth child, was born in 1982. Busani Ngcaweni, Deputy Director-General in the Presidency and former Deputy President's Chief of Staff, is her husband. Ntandoyenkosi works for the Public Investment Corporation as an Asset Manager (PIC).

Princess Sinethemba Bati Zulu, the last child, was born in 1989 and was rumored to be studying International Relations at the University of Witwatersrand at one point. Queen Winifred Dlamini should be proud of the women her daughters have grown into, despite the loss of her first and only son.

The death of the king has been followed by a lot of controversies in the royal family of the Zulu nation. Firstly, it was the surprising death of the King’s great wife, Queen Mantfombi Dlamini – just a few weeks after the king’s death – she had been appointed as the Regent and saddled with the responsibility of choosing a new king in the late king’s mourning period. 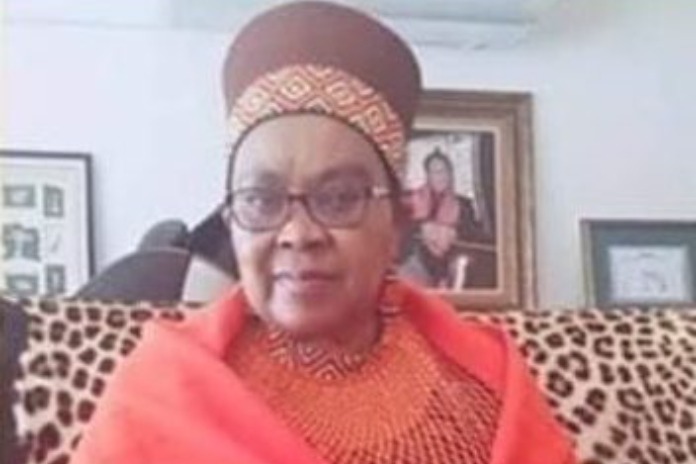 Following her death on April 29, 2021, it was revealed at a public hearing on May 7, 2021, that she had named her son, Misuzulu Zulu, as the heir to the throne. The declaration was hotly contested by Queen Sibongile's daughters, Princess Ntandoyenkosi and Princess Ntombizosuthu, who even questioned the legality of the king's will, claiming that their father's signature on the will had been forged.

The Queen took up the struggle for the monarchy and the late king's riches herself. She stated in her 35-page declaration that she was married under South African civil marriage legislation, which entails a community of property and prohibits polygamy, whereas other women were married in a traditional marriage. She believes it gives her the right to own 50% of the late king's assets because they jointly owned everything and the remaining 50% can be divided among the other wives.

Her Demand Is Perceived Publicly As Sheer Greed

While Sibongile Winifred Dlamini requests that the court award her 50% of the late Zulu king's inheritance, and her daughters demand that the king's will be declared null and void due to fraud, King Misuzulu kaZwelithini remains defiant. He has filed a counter-suit, demanding that his father's civil marriage to Sibongile be declared null and void.

The Premier of KwaZulu-Natal, Buthelezi, also submitted an affidavit declaring that Queen Sibongile Dlamini cannot just "wish away" the other wives. In response to Buthelezi's assertions, the Queen and her daughters asked him not to get involved in the matter, emphasizing that he lacked legal authority to do so. The queen, whose request was viewed as egotistical, also stated that he was not to blame and that the guilt should be placed on other spouses who wedded an already married guy.

If the court grants Queen Sibongile Winifred Dlamini's plea and recognizes her marriage as the only genuine one, it will disinherit the king's other children, including King Misuzulu Zulu kaZwelithini, the present ruler of the Amazulu kingdom.