By MBCNetwork (self media writer) | 12 days ago

Nonku Williams is an independent woman who leads a glamorous life. With a gorgeous body and excellent fashion taste, she merits the title, style icon. The South African diva is also a successful businesswoman, reality star, and entrepreneur. She is the founder of Ashes to Beauty Winery and in addition to that, she has her construction and logistics company. Besides her beauty and top-notch business acumen, Nonku has had her fair share of romance gone south. She opened up about her failed marriage and being a baby mama during her time on The Real Housewives of Durban. 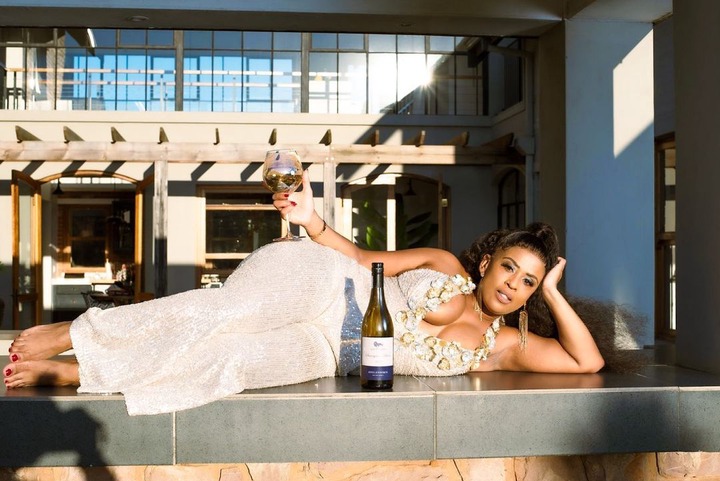 Who Was Nonku Williams Husband?

Nonku revealed her marital status on RHOD by stating explicitly that she is a divorcee. During this revealing episode, the reality star spoke cautiously about her unsuccessful journey through matrimony. Although she did not disclose the identity of her ex-husband, how they met and got married, it was mentioned that the marriage lasted for 5 years. Those 5 years however did not seem to be all rosy and she was unwilling to go into details about it. 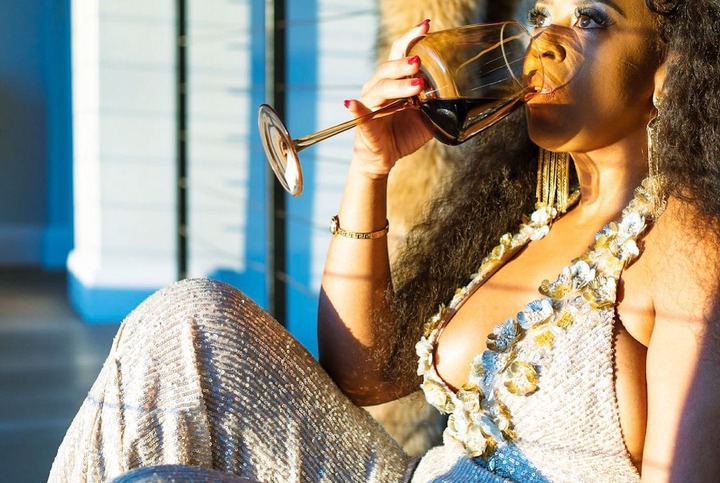 However, Nonku would later go all the way to spill the details, and it became known that her marriage to her estranged husband was marred by domestic violence. She recalled being subjected to both physical and mental abuse at the hands of her husband. As someone from a strong Christian home with her mother being a religious leader, Nonku tried her best to endure the situation, hoping on God to salvage the crisis. Sadly, the violence in the marriage did not abate, and Nonku chose to put her life and mental health first by finding the courage to walk away from her abusive husband. Her unwillingness to disclose his identity may be out of fear of possible retribution. 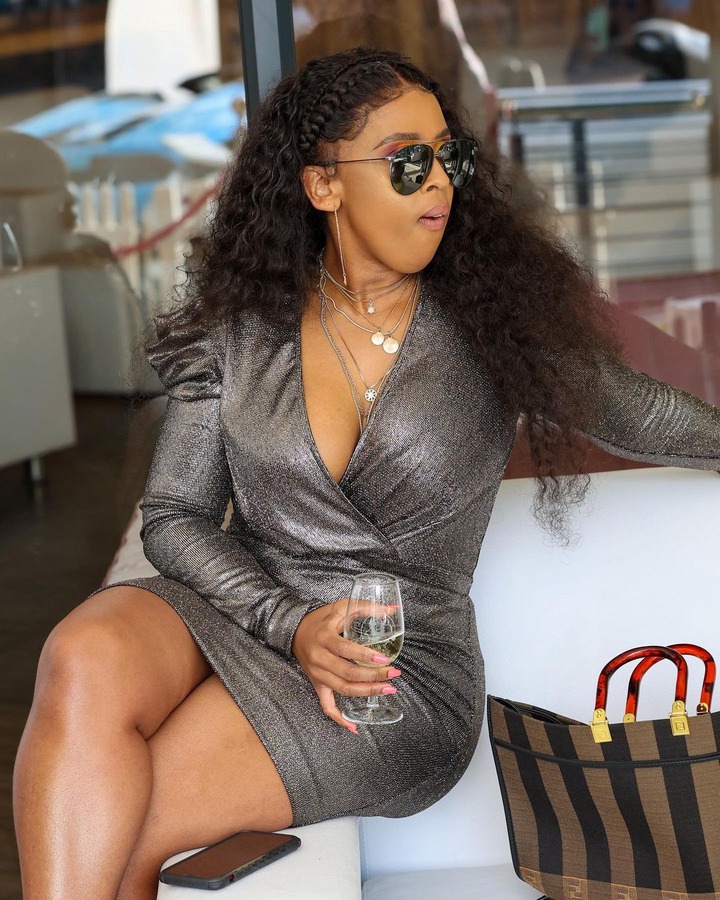 How Did Nonku William’s Entanglement With Sfiso Ncwane Happen?

The late gospel singer S{so Ncwane has continued to make headlines posthumously with baby mama dramas. There was the news of his children dragging his widow Ayanda Ncwane to court over the distribution of his estate. Then came Nonku’s revelation on The Real Housewives of Durban. While we can all agree that no mortal is a saint, the on-air revelation that Nonku is Sfiso Ncwane’s baby mama took Mzansi by surprise and had the audience of the show divided. More intriguing is the fact that Sfiso’s widow was also on the show and had to deal with meeting her husband’s baby mama and stepchild in such a manner. However, she dealt with the situation without giving people the chance to cash into the ugly situation. 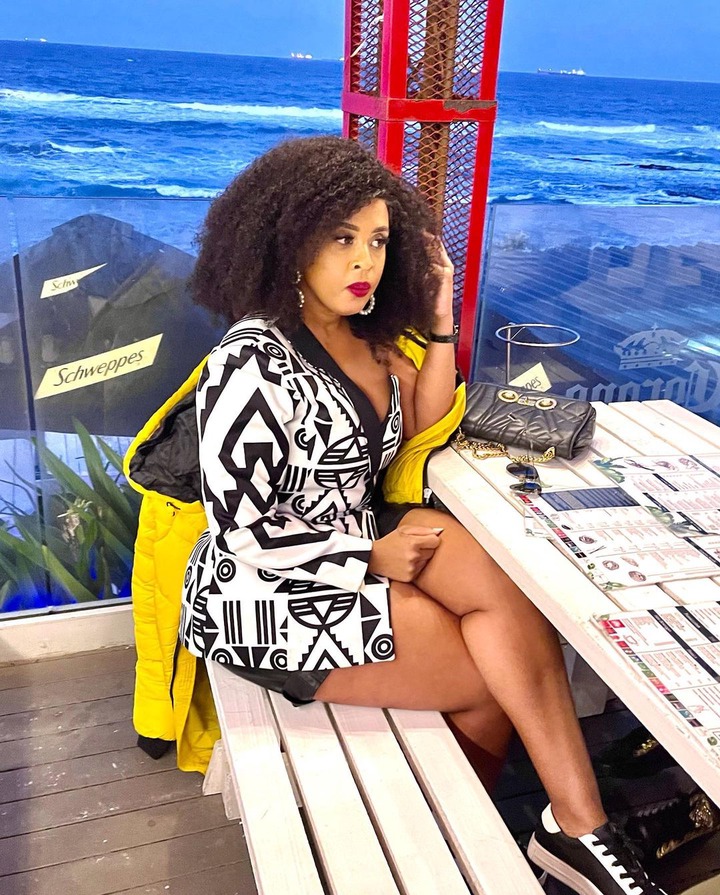 Since the big reveal was made about the news of Nothile’s paternity many concluded that S{so cheated on Ayanda with Nonku. This theory made sense – since Ayanda and Sfiso were in a relationship from 2002 – until Ayanda’s brother debunked the rumors. According to her brother, Ayanda found Christ in the course of her relationship with her late husband. As a new creature in Christ, Ayanda felt the need to restrain from the things of the world, including a romantic affair with Sfiso. She parted ways with Sfiso to focus on her spiritual growth. It is hereby speculated that during this period of separation, Sfiso got entangled with Nonku and Nothile was born in 2007. 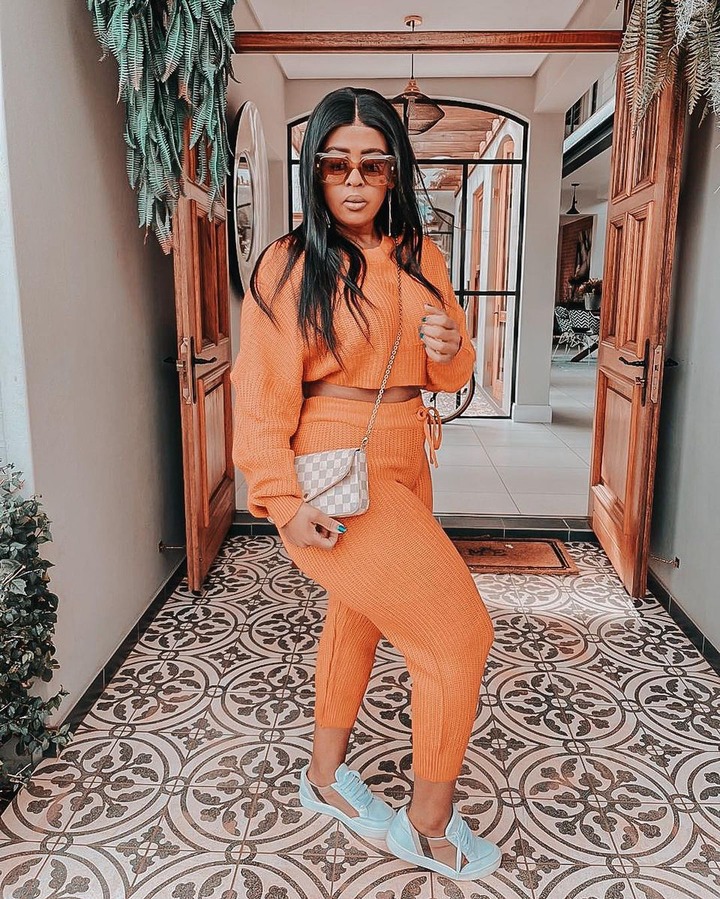 The explanation from Ayanda’s brother eventually helped die the rumors of Sfiso cheating on his wife. More so, Sfiso’s marriage to Ayanda was not until about June 2007 – the same year Nothile was born. Their marriage must have been a tough pill for Nonku who was supposedly pregnant for Sfiso, however, she moved on with her life and embraced her reality as a single mum. 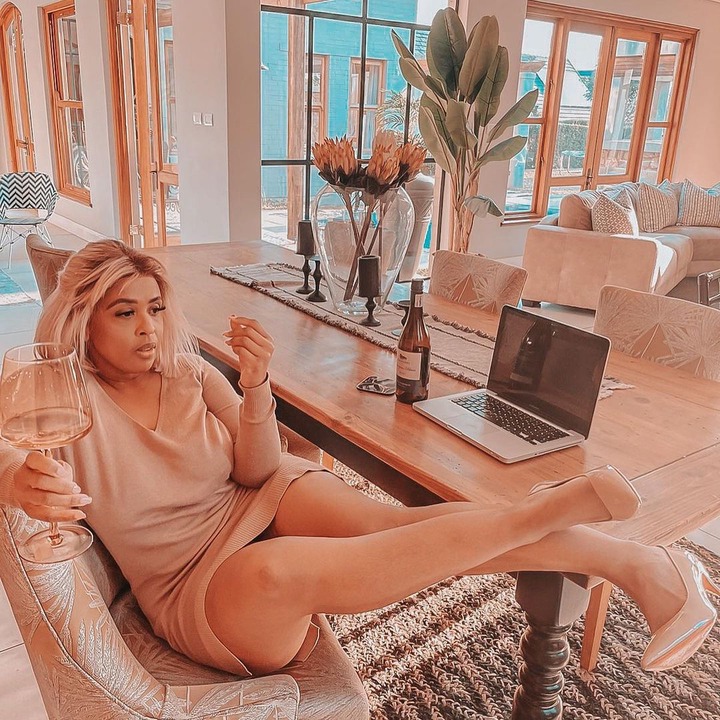 Nonku Williams is blessed with 3 adorable children from her former marriage and time with S{so Ncwane. She describes her children as her greatest blessings and is doing her best to give them a decent life as a single mum. Meet her 3 kids below:

Nothile is Nonku’s first child and only daughter. She is the child she had with Sfiso Ncwane before his marriage to Ayanda Ncwane. While not much is known about her, it is gathered that she was born on April 14th, 2007, and could be in high school, considering her age. Following her mother’s revelation on the RHOD, Sfiso’s widow decided to allow Nothile to visit her late father’s grave and pay her tributes. Nonku was so touched by this gesture from Ayanda that she took to social media to celebrate the moment with a picture of Nothile by her late father’s grave – this for her was an answered prayer. 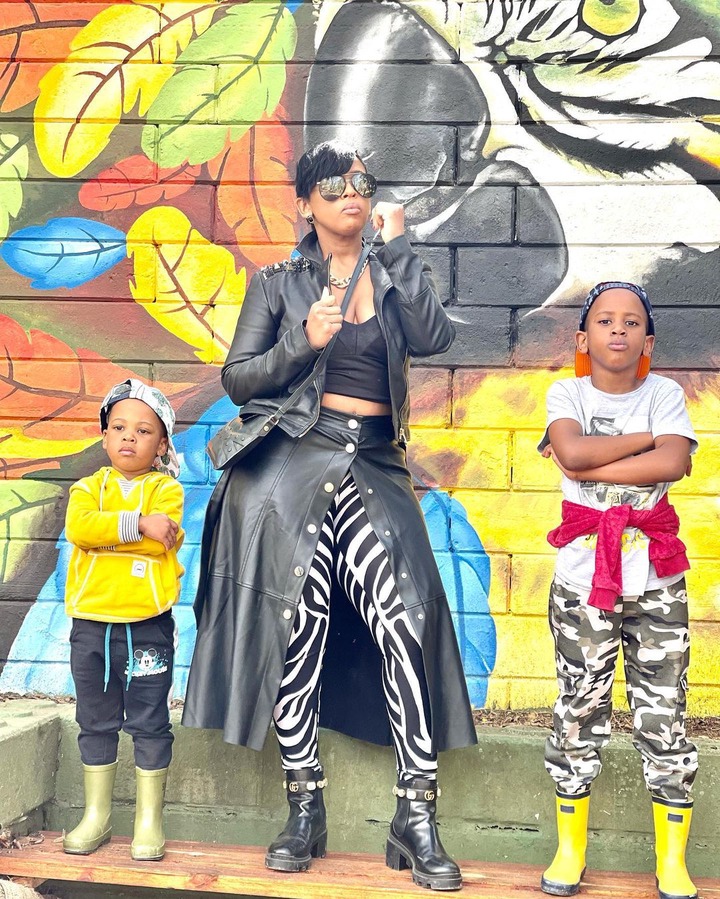 Wakhe is Nonku’s second child and her first son. He is her first child with her ex-husband. He was born on July 12, 2012, and is still in his childhood years. Nonku shares a special bond with the young chap and often refers to him as the most fun among her kids.

Phendulile is Nonku’s third child and the second son with her estranged husband. He arrived 5 years after his brother Wakhe. More so, Nonku has been very open about her struggle to conceive after Wakhe was born. She disclosed her ordeals of having to go through two failed IVFs before she eventually conceived her second child with her ex-husband. She describes him as an answer to her prayers from God, hence the name ‘Phendulile’. How Nonku Has Been Impacted By the Death of Sfiso Ncwane

The waters around Nonku have not been calm since the passing of Sfiso which might also explain why she is yet to reveal any details about her current relationship status. The reality TV star has received mixed reactions from the public which range from humiliating criticisms to praises. For some, she is the woman that dated their favorite gospel singer and probably she was the love of his life. 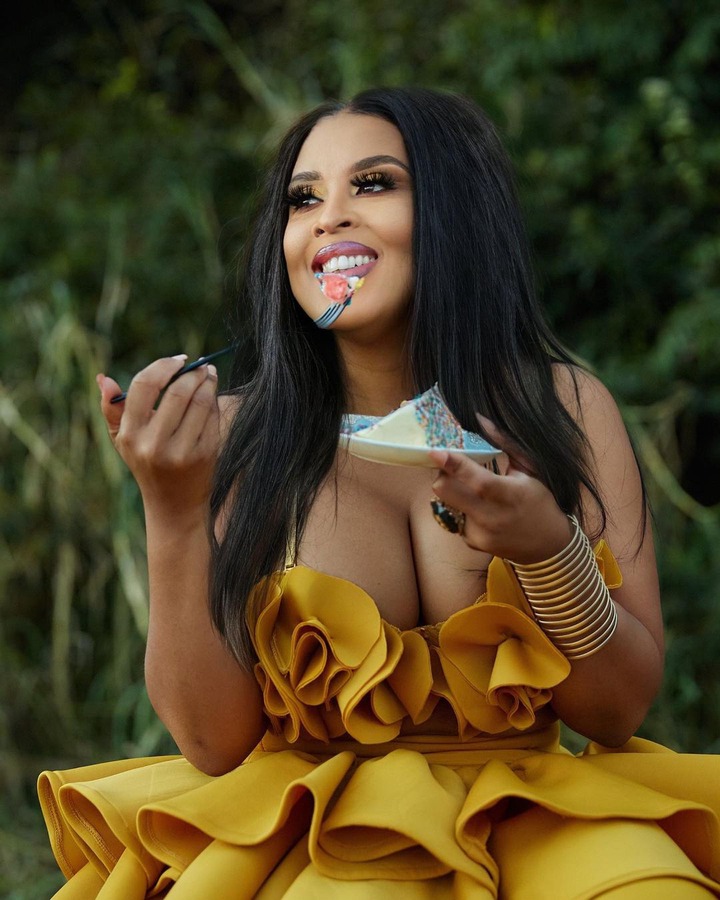 Some others see her story as that of a woman who picked up the bricks life threw at her and put them to excellent use. However, the recent move by her family demanding that Ayanda pays damages to Nothile since her father failed to do so before his life was cut short has stirred the troubled waters for Nonku. Well, whether or not Nonku regains the love of the public depends on how she deals with this situation. 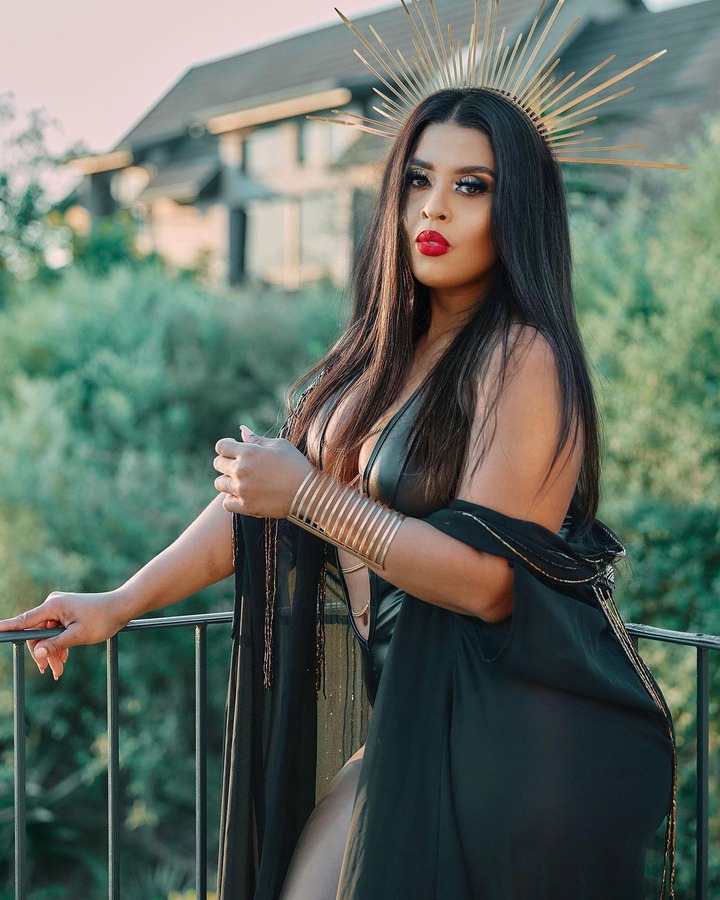