Unathi Nkayi born 26 November 1976 she is a South African best known as the Idols judge. Unathi was a co-host of the television series, the pop star's alongside the legendary Rowan Cloete. She earned her International status as an actress when she was called to do voice-overs for a character in the 'Doc McStuffins' series, where she played Rita the Cheetah. And they just recently got fired from presenting job at Kaya Fm. 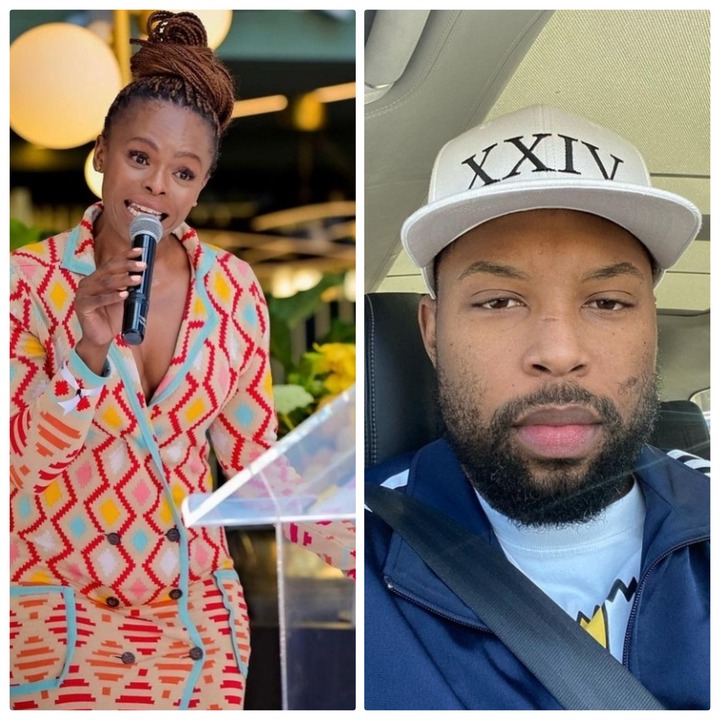 Sizwe Dhlomo born June 1983 is a South African radio and television presenter. He is a presenter at Khaya Fm and he got into the limelight after he won the MTV Based Talent Contest becoming MTV Base's first video jockey. He is among the list of highest-paid celebrities in South Africa.

Just a week ago Unathi and Sizwe who work at Khaya Fm found themselves trending after Unathi got fired from her job at the radio station for lying about Sizwe his colleagues saying he verbally abused her after he came 4 minutes late for his show. Though people believed Unathi over Sizwe a recording was provided that unathi lied about the verbal abuse thing. But the same recording proves that Sizwe was rude towards Unathi telling her she should have left, as he didn't ask her to stay.

Though Sizwe tried, by all means, to prove that he was innocent he didn't say all those things that Unathi says he did leading Unathi to get fired. People are not happy about the outcome of Unathi and Sizwe's case as they feel that Sizwe was wrong his the one who pushed Unathi to say those things about him, as he had the guts to be rude while late instead of humbling himself and say sorry to Unathi for being late, unlike act like he's the victim, instead he tells Unathi he didn't ask her to stay she should have left.

Opinion: Sizwe was protecting himself because if there was no recording Sizwe would have been the one who got fired. And if had Sizwe said sorry for being late this thing wouldn't have got where it is today. And the painful part of all this Unathi is the one who helped Sizwe get the job at Khaya Fm. 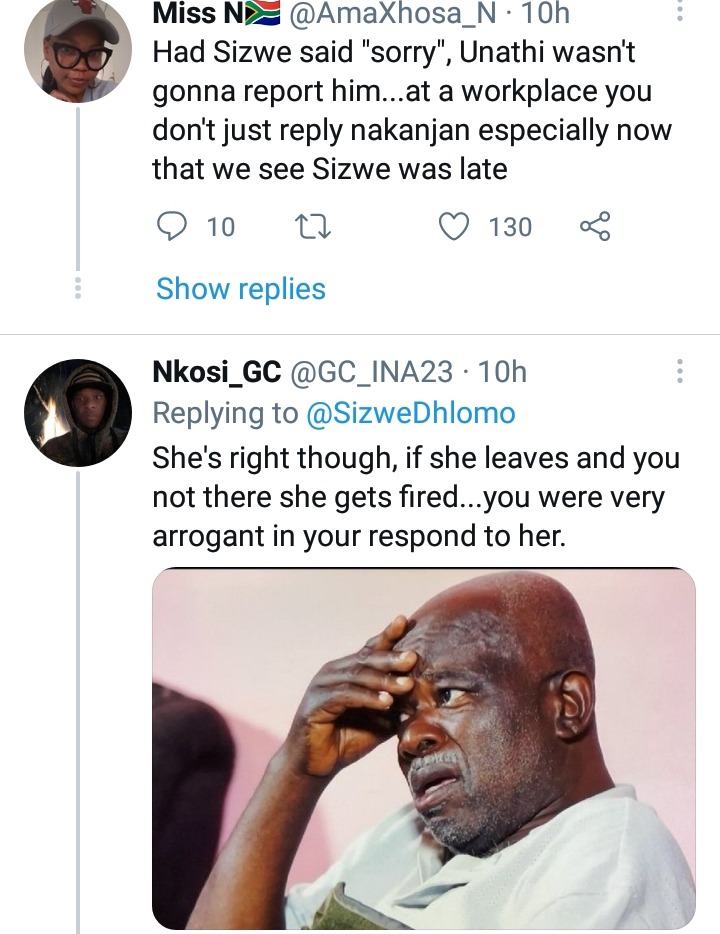 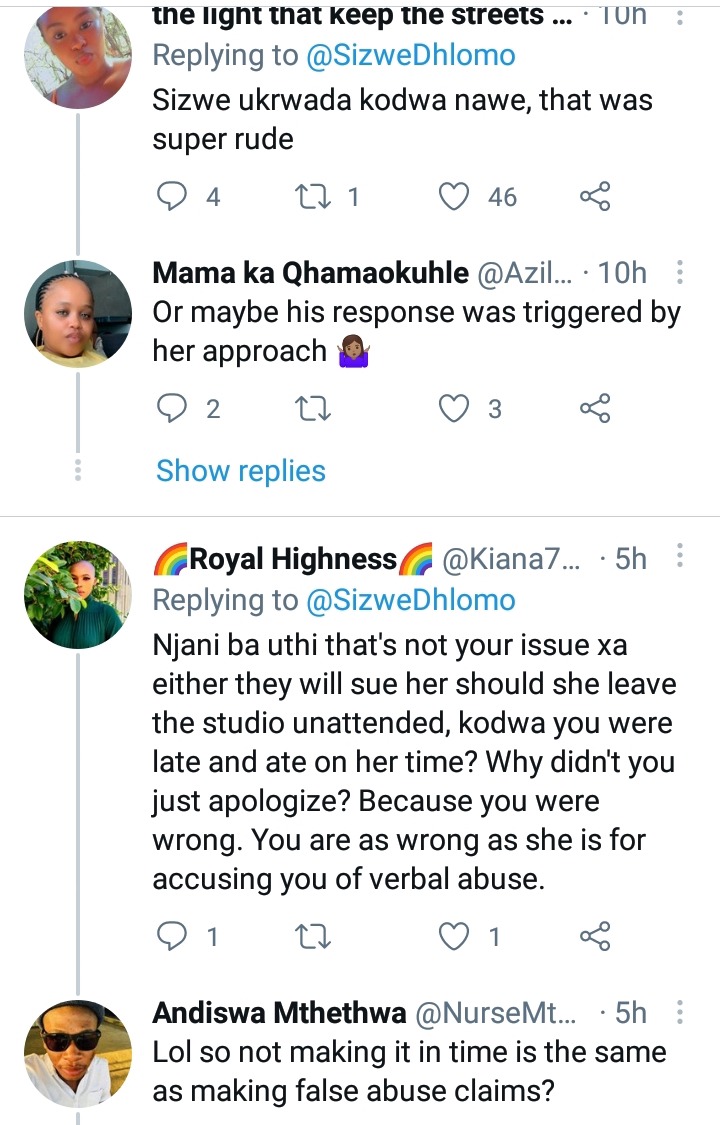 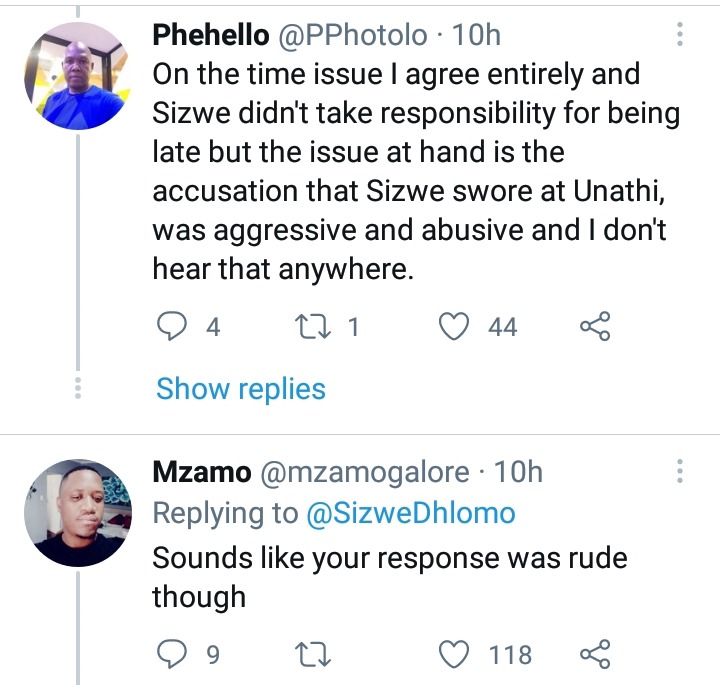