The musician recently caused alarm among his fans when he took to social media to show off his new hairstyle to his 8.8 million followers. 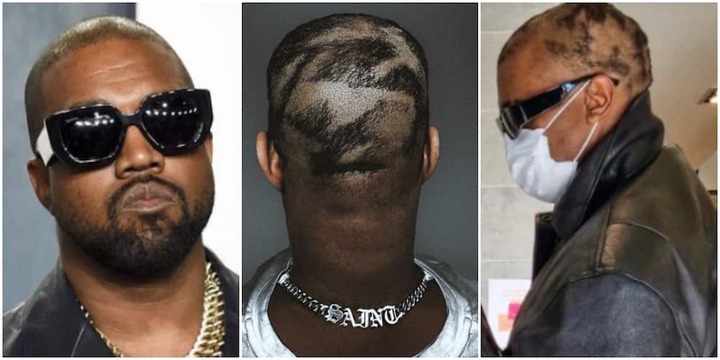 Fans' hopes and aspirations of "Kimye" rekindling their love and resolving their marital difficulties were dashed once more when news surfaced that Kim Kardashian-West and Kanye West are continuing their divorce proceedings.

Kanye West is recognized for his quirky originality, crazy fashion choices, and great on-stage performances, which have previously caused his followers to doubt his mental and emotional well-being.

Kanye's hairstyle is an odd one, with most of his head covered in hair and other sections of his head fully shaved and bald.

After a judge purportedly signed off on the star's petition in a Los Angeles court, according to TMZ, the 44-year-old producer has officially changed his name from Kanye West to "Ye."

The star has been requesting a name change since 2018, when he posted on Twitter: "The being formally known as Kanye West. "My name is YE."

In an interview, the father of four revealed that he prefers to be called "Ye" because it is an abbreviated version of his name and also a term that appears throughout the Bible.

Here is what fans had to say about Ye’s new hairdo:

Kanye is rumored to be having a nervous breakdown.— pls (@pschulte83)

Kanye is in his 3rd mid life crisis— плавать (@imnotfloating)

I believe Kim is the reason Kanye likes her since he hasn't been normal since smh.— beezieMary-jane. (@pureChocolate__)

So Kanye o jele ke magotlo, and he wants the rest of the world to see it?./— Morwampuru (@katles25)

Here is what fans had to say about Ye’s new hairdo:

According to TMZ, court documents filed last Tuesday show that the separating couple is in the process of splitting their estate, with Kardashian-West receiving the $60 million (R888 million) home that she and the rapper shared and that Kim has been living in with their four children since filing for divorce last year.