Blue Mbombo whose full name is Blue Thandi Mbombo, is a young successful South African model, reality TV star and actress, born in 1990. Blue was named the Sexiest Female Celebrity in Mzansi 2016. Her work and dedication to her profession has earned her lots of accolades and among some of her exploits, Blue Mbombo is also a former Big Brother star and starred in Diski Divas, the controversial reality show by Mzansi Magic 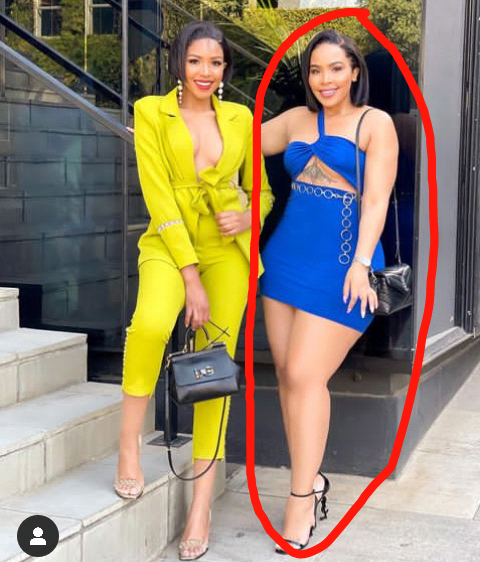 Due to her fame and achievements, Blue Mbombo commands a large instagram fan base. Her sense of fashion being one of the major reasons why she is followed by many ladies, has always caused frenzy online. This time around, she caused commotion with her fashion but she was not alone.

Meet Brown Mbombo, the lady circled in the photo above. Brown Mbombo is a South African model and influencer and the twin of Blue Mbombo, a woman from the same office and profession though Blue Mbombo is more famous than her sister, Brown Mbombo.

As daughters of a mixed-race father, Brown and her sister Blue didn't get off to the perfect start as they allegedly grew up in a cabin. But then their father had a bright future perfectly laid out for them. 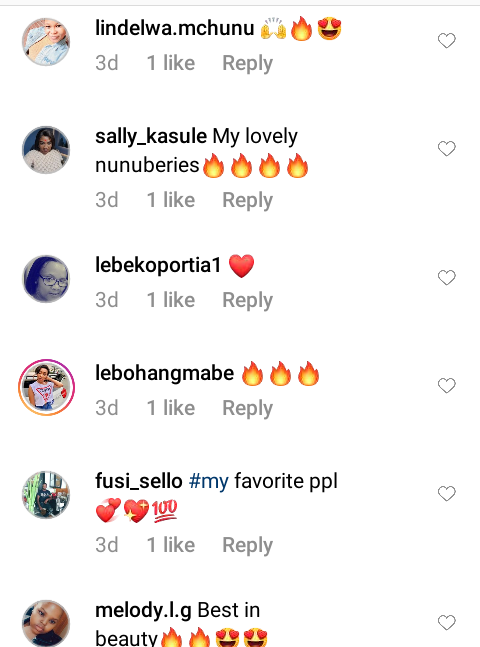 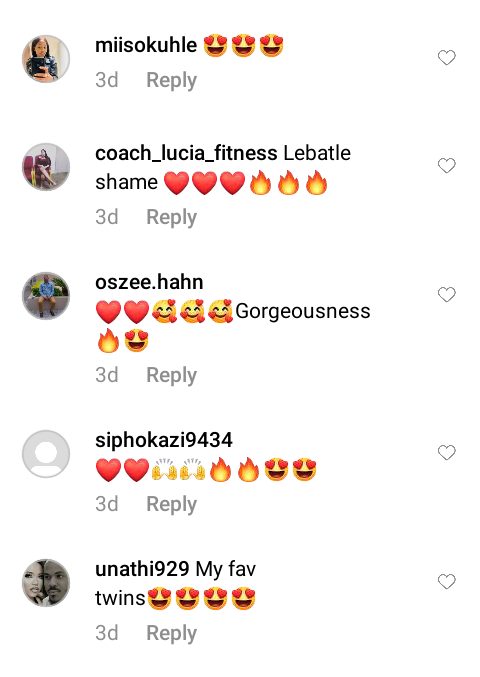 Realizing that a lack of knowledge of English would be detrimental, he urged his daughters to learn English if they wanted to reach the top of society. Brown and blue listened to their father and plunged into the world of English - a decision they still don't regret to this day.

The two sisters are successful and own a large fan base to which they use to their advantage as influencers. Even though Blue is more successful than brown, I think Brown Mbombo is more beautiful than her sister. It's like God spent some extra minutes creating Brown Mbombo. 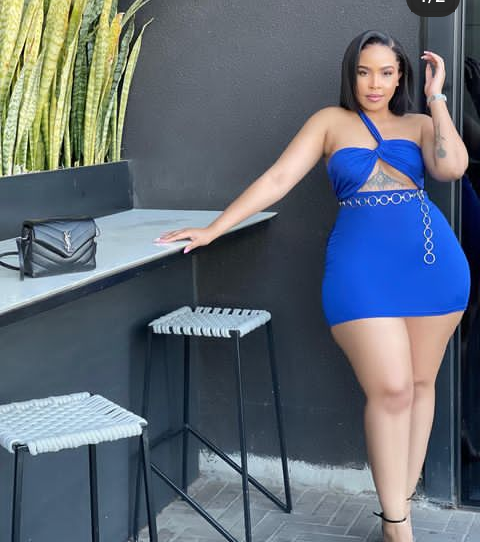 Meanwhile among the two sisters, who do you think is more beautiful and a better model?