Famous Maskandi artist Khuzani Mpungose has been honoured while he's still alive at the 16th South African Achievement Awards (Satma) which was held in Mbombela, Mpumalanga. 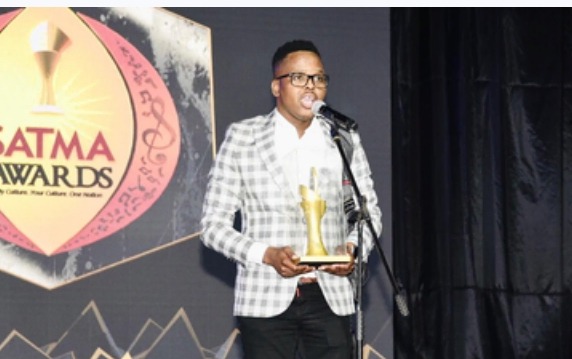 Goba said he decided to celebrate Khuzani with a Lifetime Achievement Award for the major role he has played in the industry at a very young age.

Khuzani has not only made himself successful but he has also helped many other upcoming artists. Comenting on this Khuba said he is very humbled to be respected at a major event that is internationally recognized.

'I am thankful for seeing the great work that i have managed to do at a young age.' Stated Khuba

He mentioned that he was happy to find out that SABC is one of the sponsors of this event as he also works together with SABC 1on his show called Khuzani Bo!. This super talented artist revealed that this is his 19th Award.

Khuzani has broken some major records as he has also managed to fill up Mabhida Stadium in Durban and he had recently represented maskandi music at an event that was held in Dubai.