By Noluthando (self media writer) | 1 month ago

Amapiano is a style of house music that emerged in South Africa in 2012. It is distinguished by high pitched piano melodies, kwaito basslines, low tempo 90s South African house rhythms and percussions from another local subgenre of house known as Bacardi. Eventually, Kabza De Small also played same music. The genre used to be called 'number'. But MFR Souls came up with the name 'amapiano' and popularised it. The are the ones who started it. According to Busiswa, Maphorosa is often thought of as pushing Amapiano into the mainstream, but he has following the path lit by pioneers like DJ Stokie, Junior Taurus, MFR Souls, Mr JazziQ, Josiah De Disciple, and Kabza De Small. Amapiano is also African. Fresh off being nominated for South African Music Awards record of the year for Amanikiniki, a collaboration between them, MFR Souls, Bontle Smith, and Kamo Mphela on MFR Souls latest album Musical Kings, Major League Djs had advice for producers making Amapiano. Amapiano is a continuum of these influences and sits alongside the Afro-house sound popularised in the past 10 years by renowned DJs like Black Coffee. Amapiano is relatevely new genre of South African Music. Initially, when the genre started gaining popularity in 2017, amapiano was also known for its fanciful "often minutes long piano solos". MFR Souls caught the entire South African society by storm when they released their first hit single 'Love You Tonight'. This incredible duo has captivated the music scene with unique Amapiano sound. This group got their lucky break in 2019. Their hard work, however began back in 2013. It took time for them to make it, but they have released continuous music that tops the charts once they did. They are the South African dynamic duo that we are all in love with. MFR Souls real names are Tumelo Maero Nedondwe and Tumelo Force Mabe. The two famous DJ's grew up in East Rand together. They were terrific friends and went from this close friendship to consider each other as brothers through their shared love for similar music. They are both Tumelo from MFR Souls. Their career has come a long way, proving that working hard in what you love with eventually reap benefits. It may seem that this talented duo came out of nowhere with record-setting hits and an amazing unique sound. In the early years of finding their sound, the two would bounce ideas off each other in an attempt to find a unique sound that would keep them ahead in the competitive music scene. They experimented with the piano, which proved to be perfect for the duo, this was in 2013. It became challenging to get their distinctive sound out there, and not many people were keen on it. However, they kept at it. Fast forward to 2019, the band made headlines with their hit song Love You Tonight featuring big names DJ Maphorisa, Sha Sha and Kabza De Small. The two young DJs who were known in their hometown for their unique Amapiano sound had now made it big, and it was their time to shine. 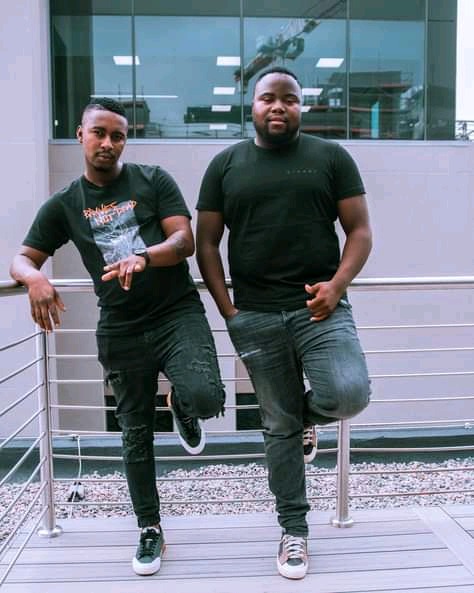 Content created and supplied by: Noluthando (via Opera News )

Big Brother Mzansi is back.If you want to join.Then this is information is for you.