By Kaziimtshali_ (self media writer) | 3 months ago 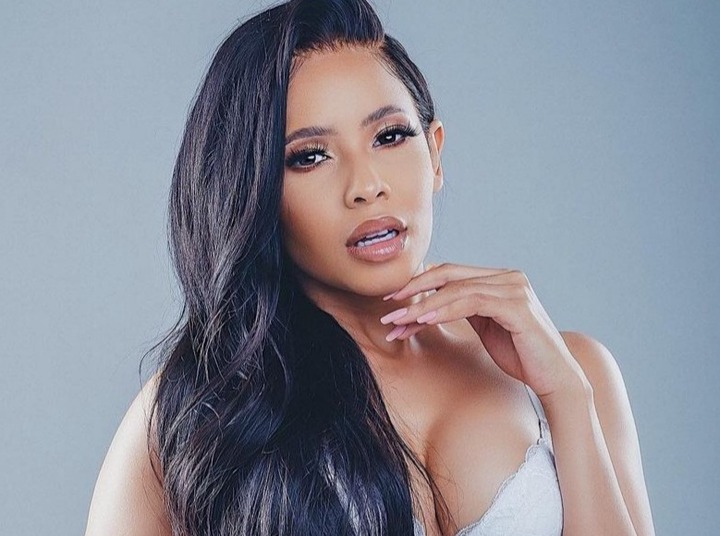 When a video of Actress, Businesswoman and Club Dj Thulisile Phongolo affectionately holding on to Dj Maphorisa circulated on social media, rumors of them being in a relationship started spreading like wildfire. The pair according to the video appeared to be about exit the nightclub together.

Phongolo has since taken to her twitter account to dismiss the rumors as can be seen a series of her tweets below: 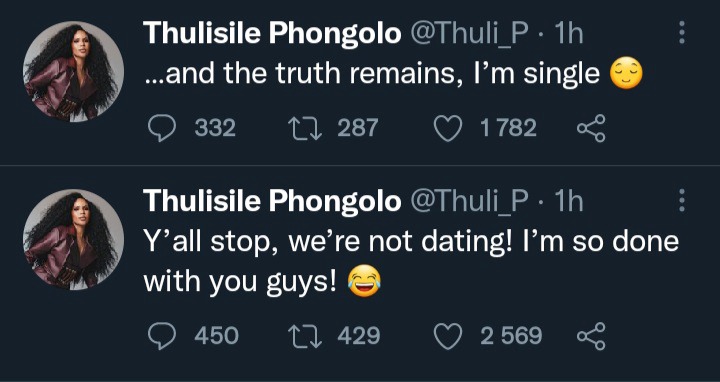 This didn't do much to combat the spread of the rumor as the group of Twitter users who are infamously known as the "Twitter FBIs" were already on her case investigating the possibilities of the it beng true. Two separate photographs of the pair that indicate that at some point they were on a same or very similar location (well seemingly a bedroom to be more precise) were uncovered. In these photographs the "Twitter FBIs" started spotting the similarities in the background; from the frame of the mirror to a hanging electric wire on the ceiling.

This is not the first time that the former Generations - The Legacy actress has been rumored to be in a relationship with someone. In August this year she was rumored to be dating the 'Jerusalema' hitmaker, MasterKG. Before that she was alleged to be seeing the son of the former President of South Africa, Duduzane Zuma. Rumors which she denied respectively.

Content created and supplied by: Kaziimtshali_ (via Opera News )

‘Mr Fix’ has not fixed anything yet, Is Fikile Mbalula the most overrated cabinet minister ?

Julius Malema Finally revealed something About the Suspected Parliament Arsonist.