It Has Revealed That Ukhozi FM Find It Very Difficult To Replace Former Programmes Manager Zandile. 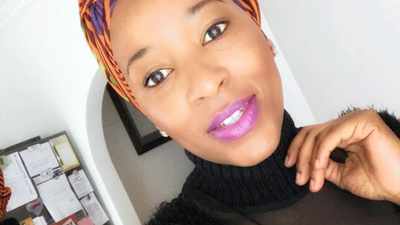 UKHOZI FM has once again stepped up its search for a replacement for a program manager Zandile Tembe, who left the station last year after her contract was not renewed.

A reporter on Sunday found that the space had been re-advertised and posted on the SABC website. It turns out that the vacancy was advertised on Tuesday, and it closes today Monday with the start of the interview process.

The space has been advertised before but it was clear that Mabuyaze's leg had come out. The SABC reportedly spoke to Ntsoaki Shoeshoe Qhu, trying to hire her and she turned down shortly after joining the radio station but did not sign the contract for unknown reasons.

It has been reported that since Zandile's departure, Mandla Mdletshe, who had been broadcasting the jazz show for a long time, had been promoted to stand in.

The ad stipulates that the employee will be offered a five-year contract, which holds the position and must have the appropriate qualifications. It also turns out that you need someone who has experience in broadcasting and who has worked as a manager. It also appears that they should be a Zulu-speaking person, at a satisfactory level.

SABC spokeswoman Gugu Ntuli confirmed that they were looking for a replacement for Ukhozi adding that they did not want to go further.

"The recruitment process for Ukhozi FM is ongoing, which is why we do not want to comment too much on it but what we can say is that we would like to hire the right person for every job we are currently in," said Ms Ntuli.

The station who are obsessed with high audience numbers, have recently made changes to broadcasters as the new broadcasting year begins in April. It took over the broadcasters and re-announced Khozi TV, presented by Siya Mhlongo, who was removed from broadcasting and presented another program on Metro FM