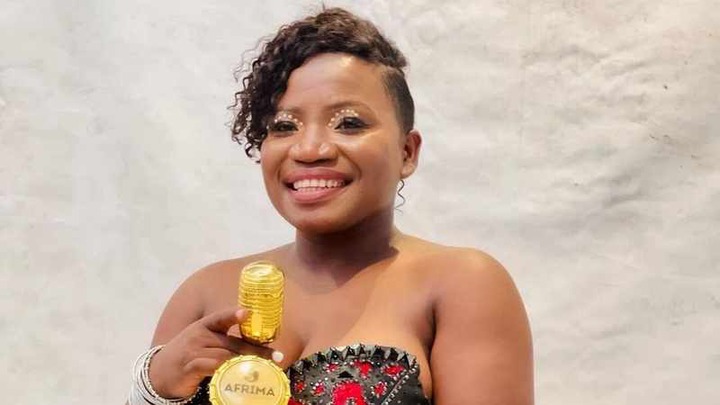 The inspiration for singer Makhadzi's upcoming single Change Magiya is allegedly stolen. Scrafoc, a Malawian artist, is making a charge against her. He claims that Makhadzi used the lyrics from his song "Ma Gear." His composition is already available on streaming platforms with a music video.

Makhadzi has unveiled a teaser for her new song, Change Magiya. She used a dance competition on TikTik to present the teaser. Many people rode the wave after her debut. Fans were dancing to her music all throughout Southern African nations.

People pleading with her to remove the music filled her comment section. Some assured her they would keep playing the song until it was certified platinum.

Similarities between the two songs

For a variety of reasons, Twitter users are not pleased with Makhadzi's charges. The phrase "changing the gears" has been used in South Africa as slang for many years. Tweeps claim that the beats aren't even similar.

Makhadzi is not accused of stealing anything, according to his supporters and admirers of Mzansi pop culture. They claimed that her song brought a dated phrase back to life in the nation. Many claim that there are absolutely no similarities.

Some Twitter users claim that Scrafoc is exploiting Makhadzi to gain influence because Makhadzi is well-known internationally. Some people have even claimed that Mzansi's Virgo Deep house and amapiano sounds were stolen by Malawian musicians.

Khadzi Nation up in arms for their African Queen

Makhadzi's fan following is called Khadzi Nation. By disparaging Makhadzi, you do not tempt them. They serve as her virtual defense team. They all claim that the claims are false and very venomous. 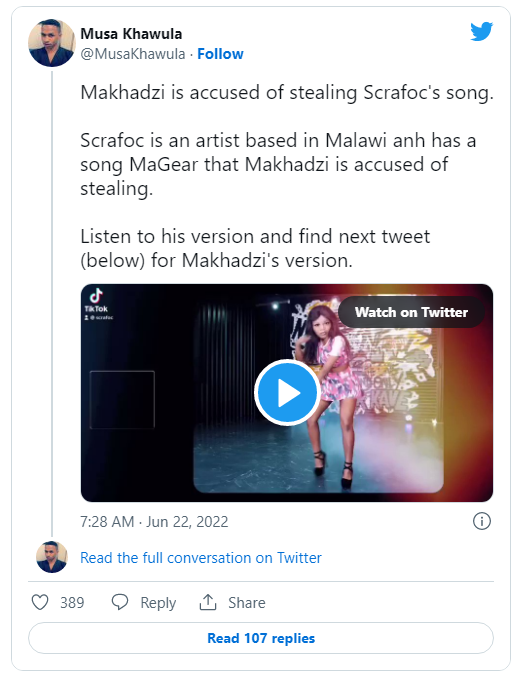 Master KG Offers An Apology For Letting Makhadzi Down