Somizi Mhlongo clears the air on his relationship status

Somizi Mhlongo shut down another rumours that he is dating. 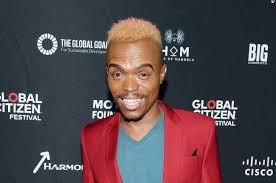 Johannesburg- Socialmedia has been awaken at the news that the former Idols SA judge, Somizi Mhlongo has moved on, found a new boyfriend. 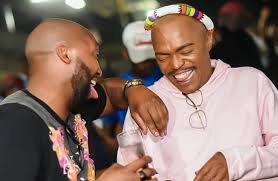 It is the same thing now that has happened to Somizi as social media detectives have discovered that Somizi couldhave found a new love. We know that Somizi and Mohale announced that they are going for divorce, afterthe news of Mohale's confession broke to public.

It was when the recording of Mohale leaked to public that his estrangedhusband, Somizi waa abusing him and attempted to kill him.

Somgaga lost lot of his endorsement as he was released from Metro fm (SABC) and Idols SA ( MNet). He even confirmed that he is unemployed as he was on a shopping spree.

Somizi has decided to set the record straight on the allegations that he is seeing this guy as people had assumed.

Taking to Instagram, he denied to be dating him and made a clarity on the matter. 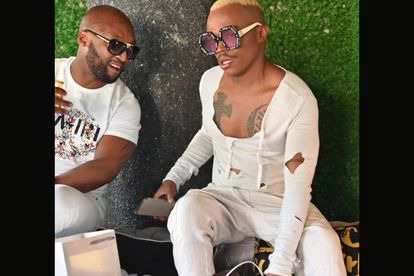 As I checked his post, it was clear that Somizi Mhlongo is definitely not taken. It is just how he cleared the air on yet another suspected bae — DJ Bongani Mfihlo. He shared a screenshot of what seems to be a Facebook post. “Love is in the air again, Somizi’s new found love, know more about his partner, he knew him since his childhood but never though…,” read the caption of the Facebook post in question.

So if you want to make a move on Somgaga, the time now, SomG is still not taken,you better hurry up because we do not know how long he will remain single.

It will be remember that he also shut down some rumours that he is dating his best friend, Vusi Nova.