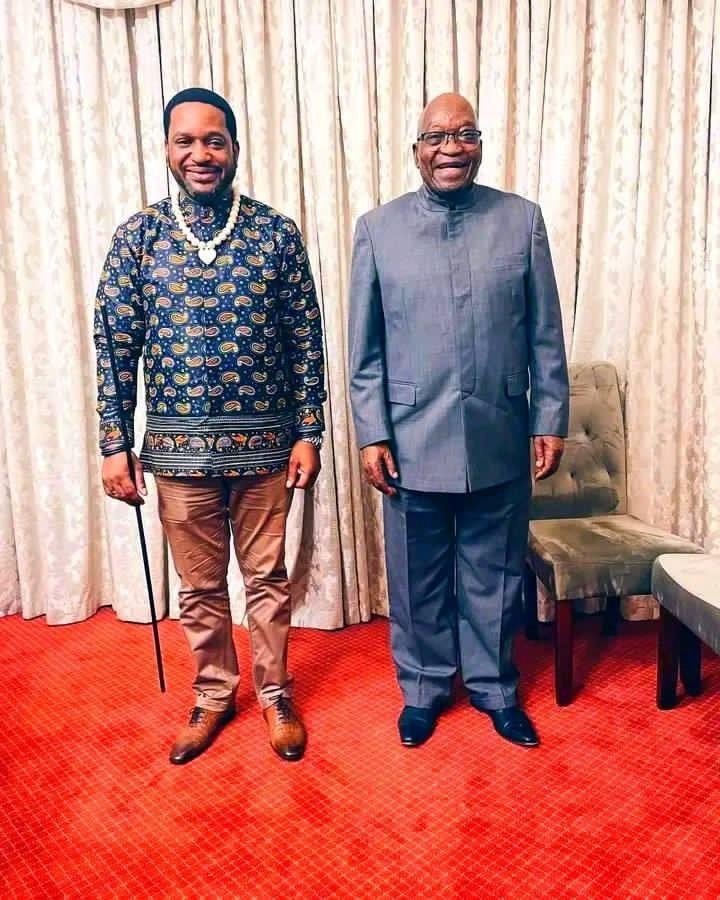 According to Prince Thulani Zulu, spokesperson for Monarch Misuzulu, it was a courtesy visit by Zuma to demonstrate his support to his king. This information was shared with the Daily Sun.

"The former President of South Africa, Jacob Zuma, is of Zulu descent, and his lineage can be traced back to the Zulu monarch Misuzulu. It is well within his purview to pay a visit to his king at any moment he so chooses.

Prince Thulani did not provide the time or location of the meeting between King Misuzulu and President Zuma, but he did say that the event did not warrant coverage in the media.

He was close to the late king Zwelithini, and he used to attend numerous parties hosted by the Zulu royal family. During these occasions, Zuma would dress in the traditional garb of the Zulu royal house.

After many members of Amabutho dressed in Zulu attire went to Nkandla to support Zuma, the Zulu royal house issued a statement claiming that they were not authorised. Subsequently, their leader Mgilija was fired when he defended himself by saying that they supported Zuma because he is an Amabutho member.

It seems like Zuma has moved on from the incident, and he is demonstrating his commitment to his monarch by treating his queen with respect, just as he did with King Zwelithini.