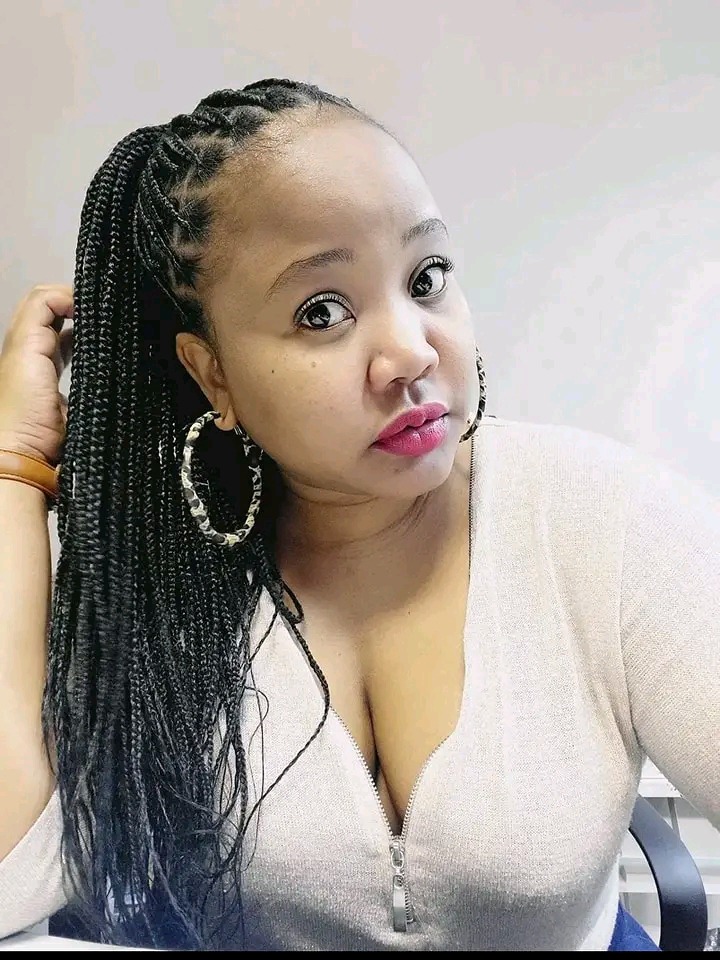 Gogo Maweni Reveals That Hlehle's Soul Needs To Cross Over

As Namhla Mtwa trends on all social media platforms, there seems to be more action to be taken for her soul. The young woman was shot in April nine times by an unknown killer, Hlehle's sister Sanga used social media to expose her abuser of a boyfriend. The matter has been shared by celebrities as they demand justice for Hlehle and help for the case to gain media coverage. 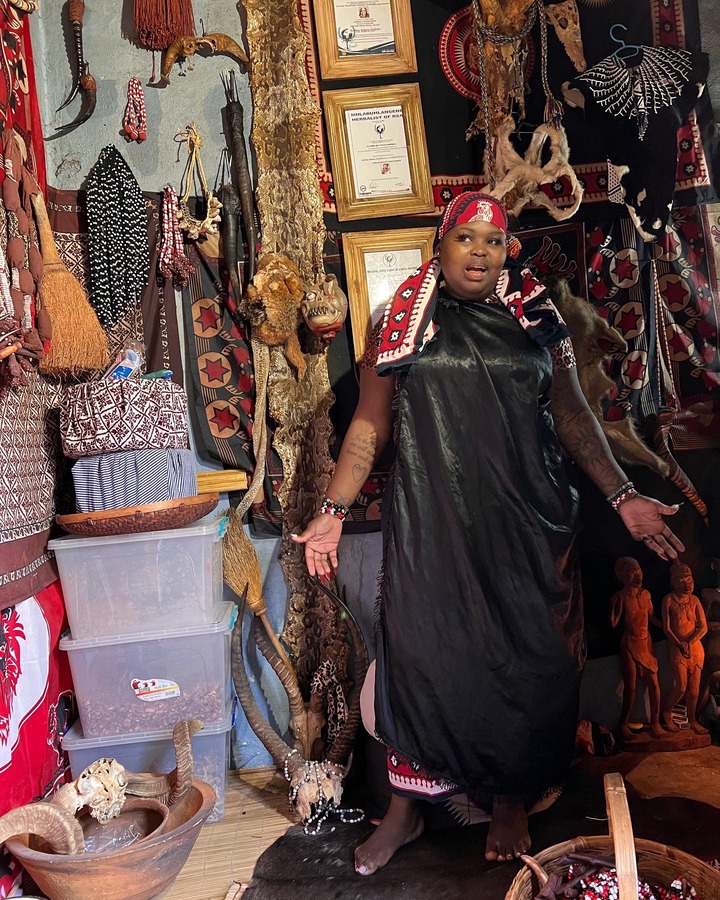 Well known Sangoma Gogo Maweni revealed that Namhla's soul visited her, according to the Sangoma Namhla stated that her boyfriend Major is obsessed with the idea of revenge and added that he owns her. Maweni told her followers on Twitter to help light a white candle so they can help her cross over.

"Wow the chills…lastnight I had a visitor 💔 Namhla hiding behind a smile,she said “he is obsessed with the idea of revenge,he owns me…”Please let us help her crossover light a white candle in short prayer🕯 may she not suffer even after her death 😭😭😭" https://t.co/OQzb9hEuz0 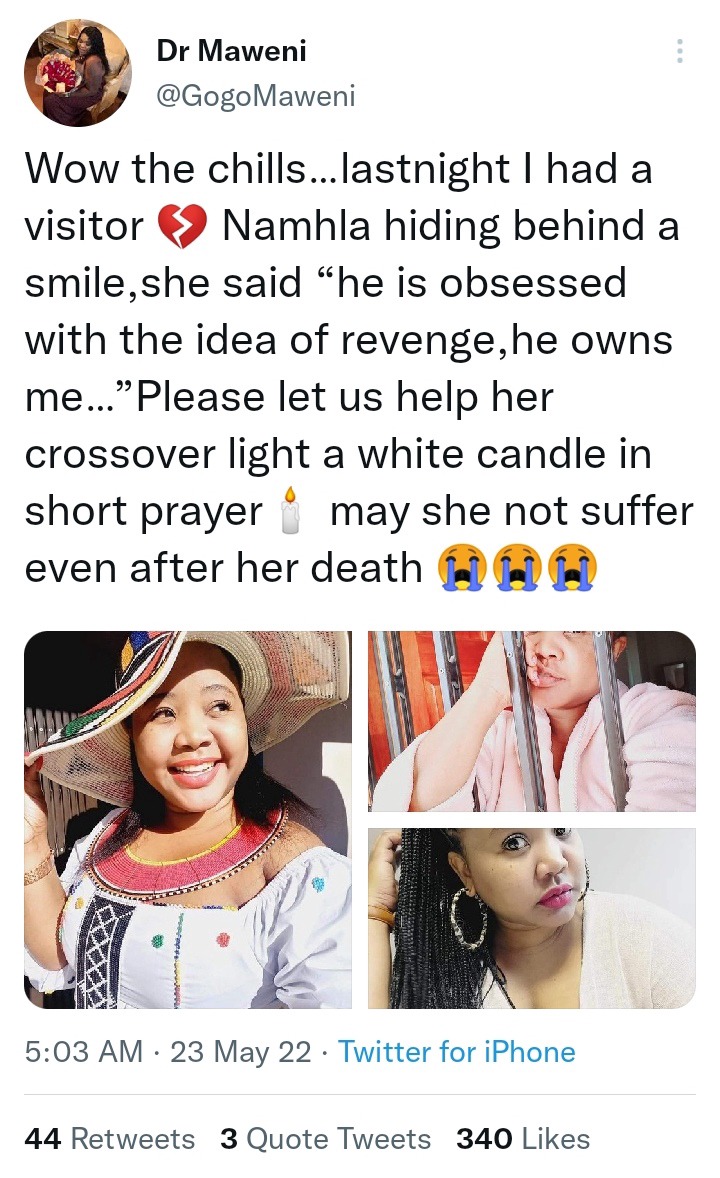 A twitter user by @LebzqdaNailTech asked Maweni to help Hlehle's family, Maweni replied to her tweet assuring her that she will contact the sister of the deceased. 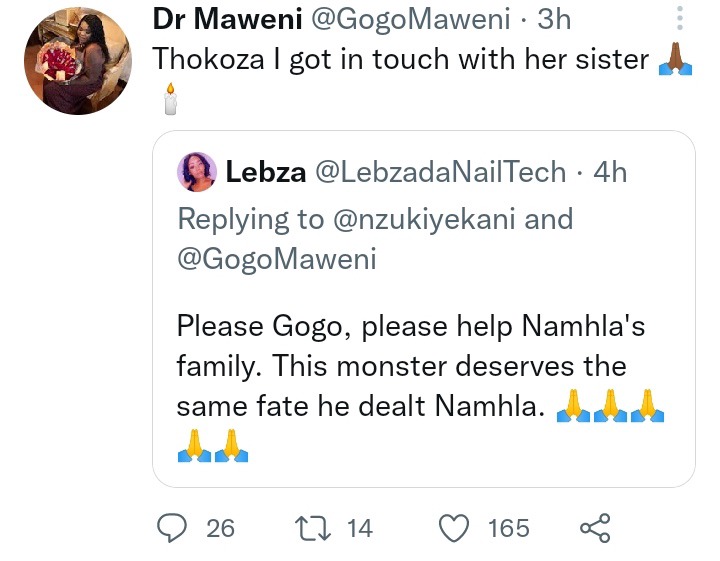 A number of people have been touched by the abuse the lady went through the past 17 years in the hands of Major. Many want justice for Hlehle including her sister who is very vocal online. 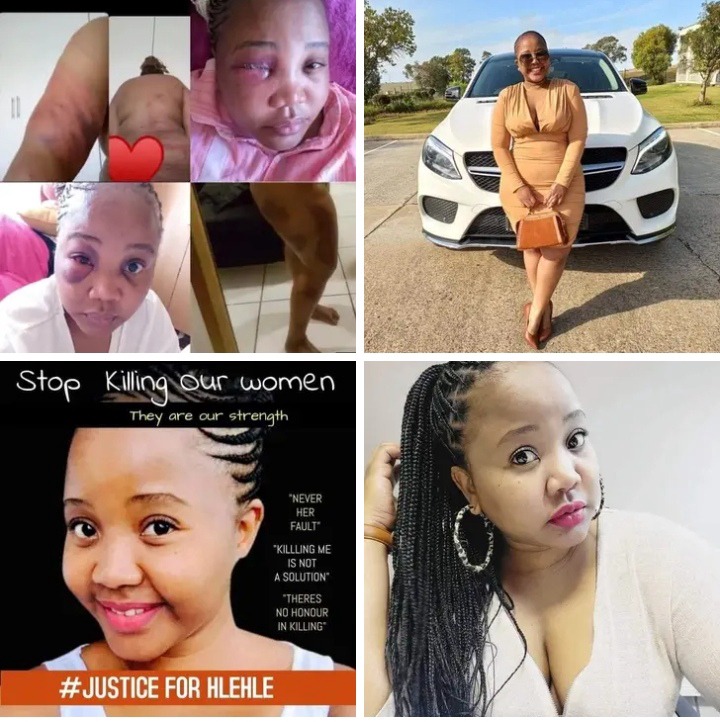