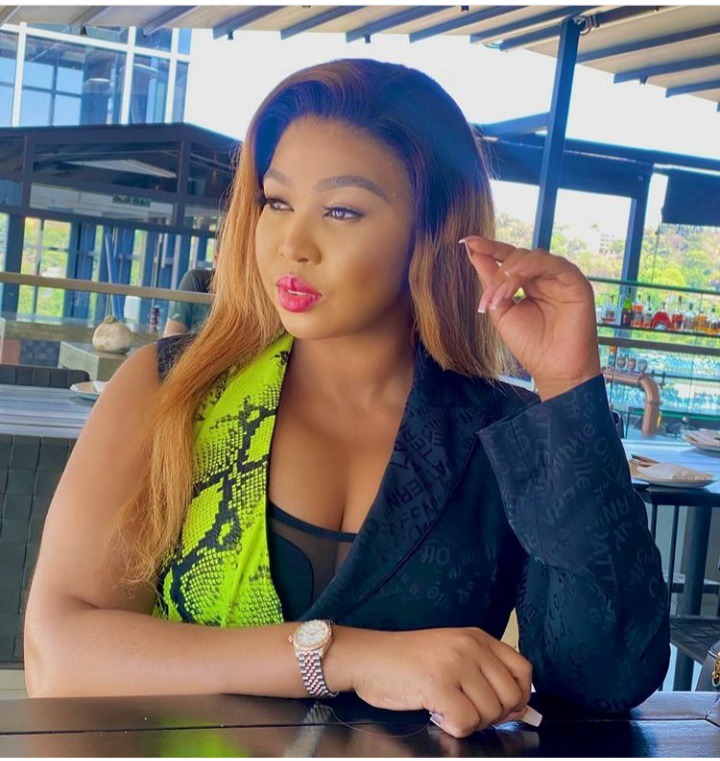 Ayanda is known as the wife of the late gospel musician Sfiso Ncwane. The couple got married in the year 2002, and they had been together since the age of 18. The couple together had two children (boys). The couple built their empire together and opened Ncwane Communications and Ayanda became his manager.

Sfiso had released hit singles from their record label, songs such as Kulungile Baba, Bayede and Phakama among many other songs that have touched the souls of many South Africans. He has won numerous awards and has given thanks to his wife and his fans. 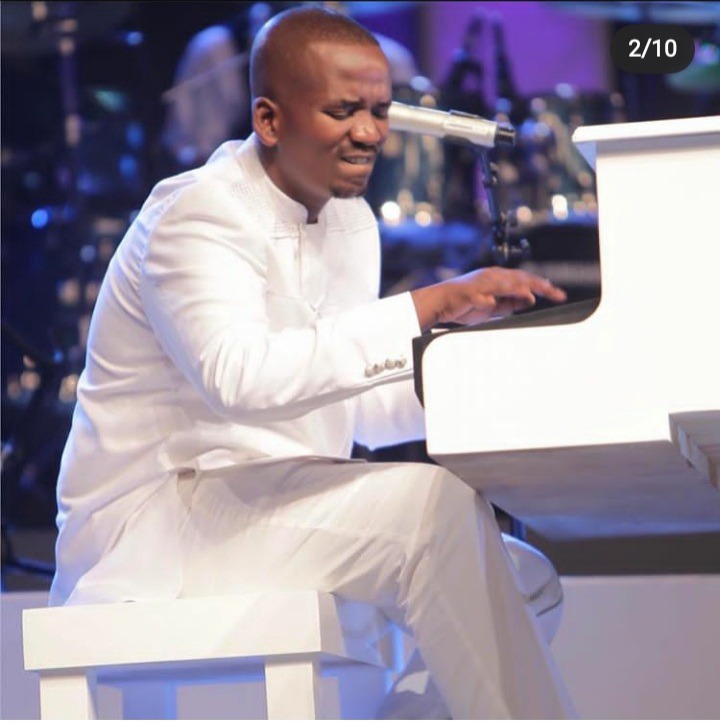 It was unfortunate that on the 5th of December 2016, Sfiso died because of complications of his kidneys disease. It was shortly after his death that his two other children were revealed and they were taking Ayanda Ncwane to court in the events of wanting have a share on the estate of their father and also receive their inheritance. It was alleged that she wanted to take everything for herself.

Ayanda did not let the unfortunate death of her husband bring her down she managed to continue with the business they built together and sign a musical group called Abathandwa that released their hot single that got every South African dancing called uMoya wami uyavuma. They musical group has received lots of love and lots of awards under the guidance of Ayanda.

She recently joined the The Real Housewives of Durban reality show which took a plot twist when she found one of Sfiso's babymama on the show. It was later revealed after the season came to an end that Ayanda has left the show because it was alleged that she felt her late husband was being belittled there.

Ayanda took to Instagram earlier yesterday to write her husband a letter and reveal that she today is not grieving but celebrating the life of her late husband since it makes it 5 years since the departure of his husband.

She also mentioned that she has not remarried because Sfiso has set the bar so high and she knows how great and enjoyable life should be. She mentions if the tables were turned Sfiso would have taken a second wife by now. 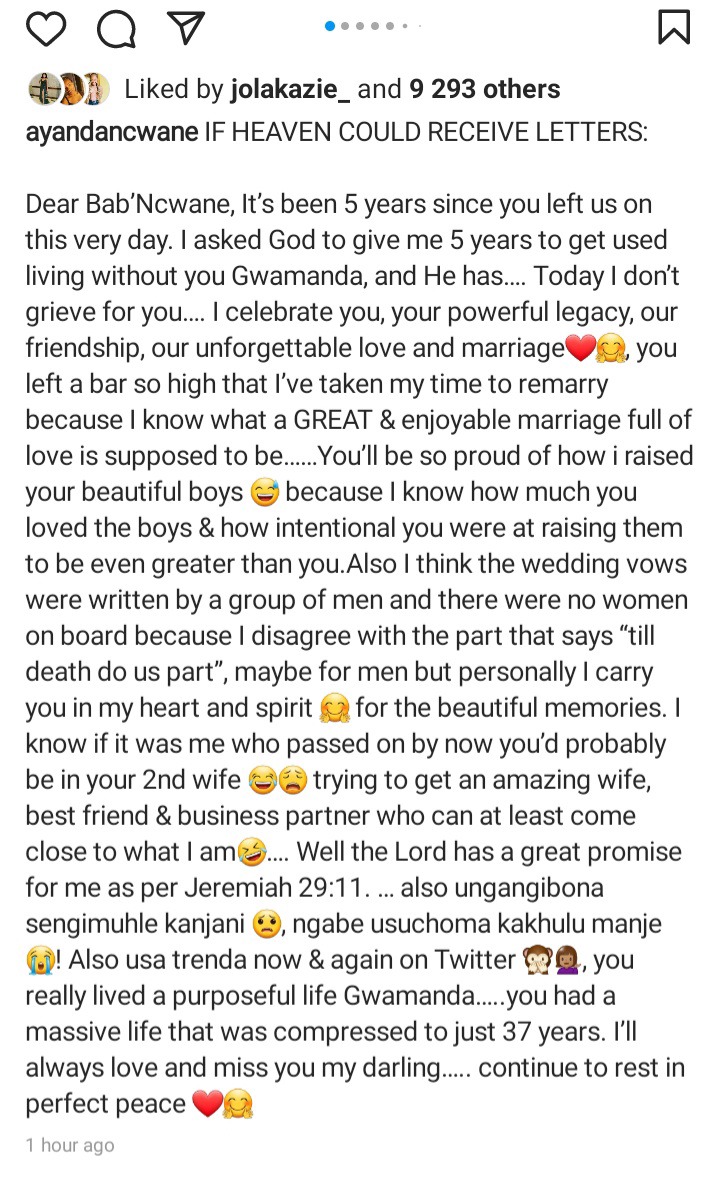