Pictures: 30 South African Television Stars And The Roles That Made Them Famous

Over the years, South Africans have enjoyed exceptional television entertainment in the form of dramas and spies. The list includes but is not limited to Generations, Isibaya as well as 7de Laan. Here is a list of actors and actresses who brought those stories and our screens to life. 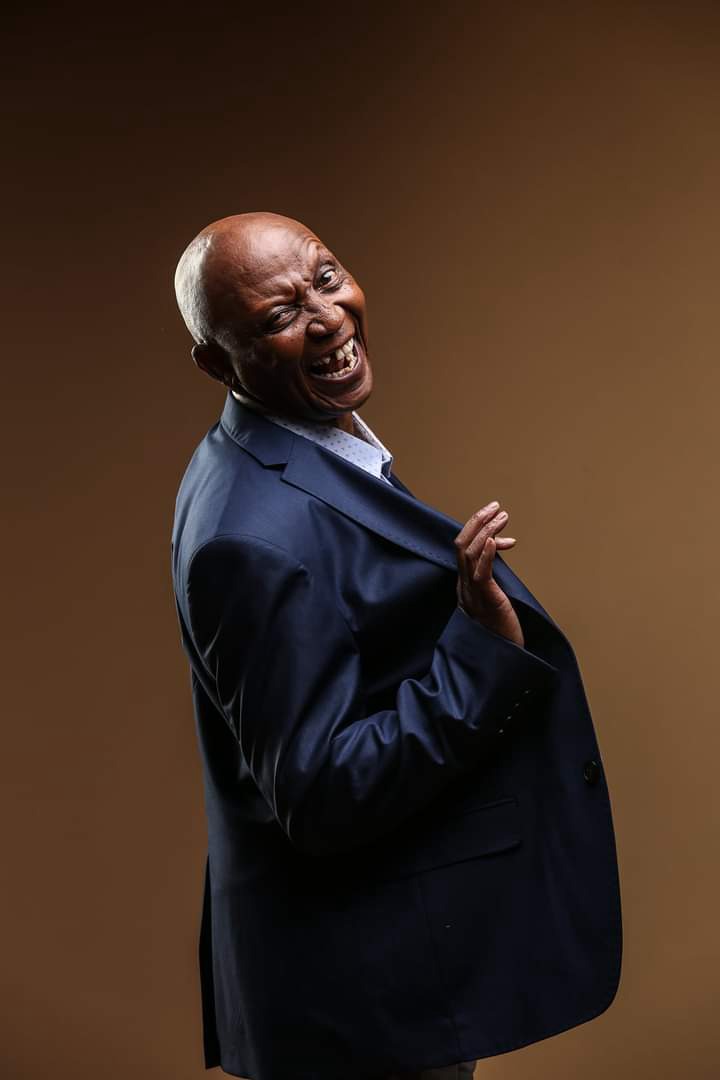 Born in July of 1956 is funny man Jerry Phele. He was made famous playing the role of Mofokeng in Emzini Wezinsizwa. 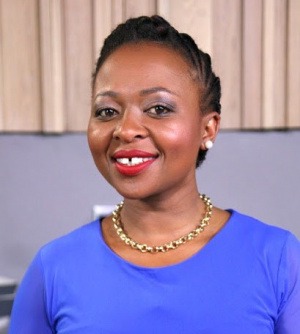 41 year old actress Manaka Ranaka who hails from Soweto is most popularly known for her role as Lucy Diale on Generations - The Legacy. She however rose to fame playing Lerato Khumalo in SABC2's comedy Stokvel. 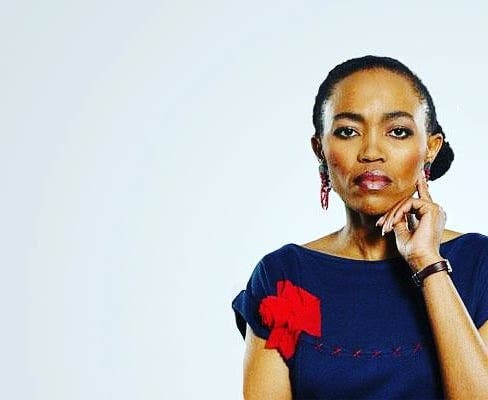 Although her most recent role is playing Malefu on The River, actress Moshidi Motshegwa first appeared on our screens in 1997 playing Nelson Mandela's daughter in the made for television movie: Mandela and De Klerk. 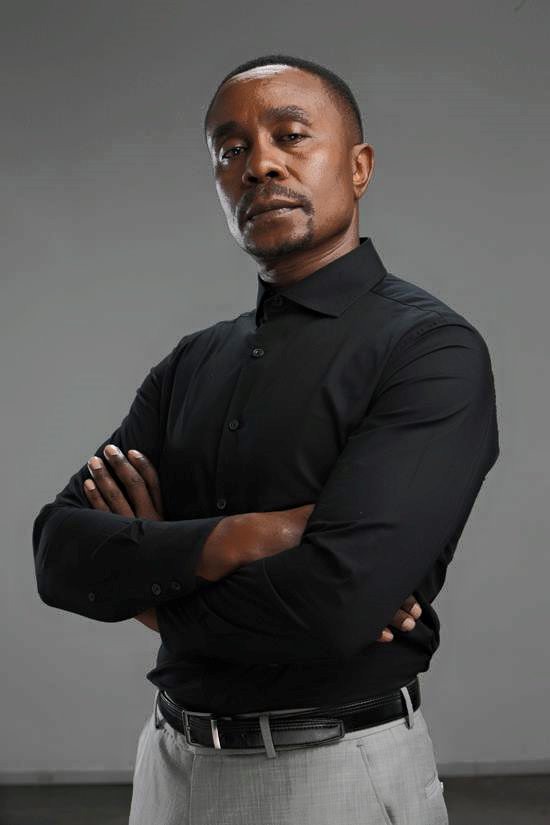 Who can forget the character that actor, 54 year old Vusi Kunene brought to life playing Jack Mabaso on Generations and Generations - The Legacy? He has also appeared in roles on Isidingo and Soul City. 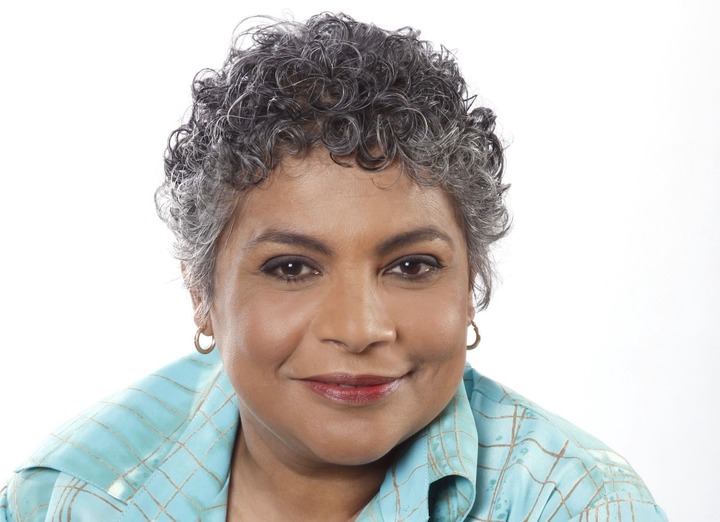 Many people do not know that Vinette Ebrahim is a playwright. She is however famous for playing Charmaine Meintjies, owner of Oppikoffie on 7de Laan. 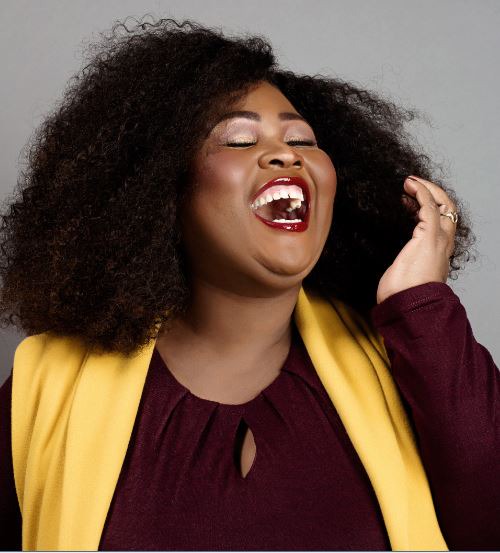 Thembsie Matu, a woman with a contagious laugh who was born in Katlehong is loved for her Rhythm City character Sis Bee and Petronella on The Queen. However, it was her role as Woman 3 on SABC drama Gaz'lam that made her star shine. 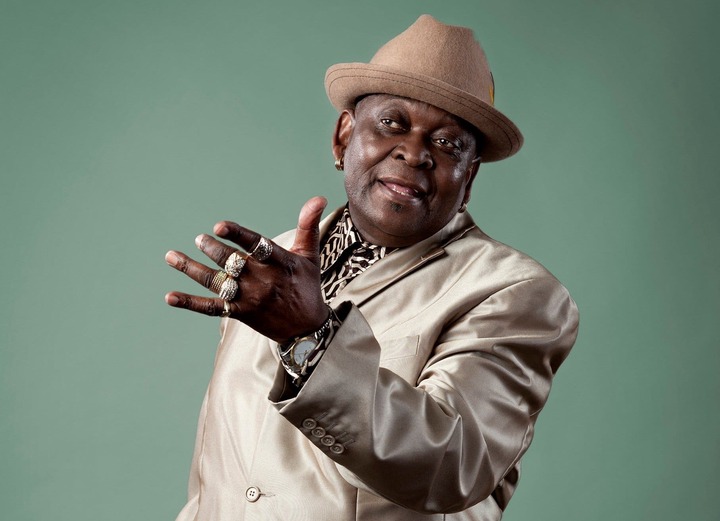 Darlington Michaels has an impressive list of movies he has appeared in including Tsotsi, Strike Force as well as Cry, The Beloved Country. He is however most famous for his character Papa G in SABC 3's Isidingo. 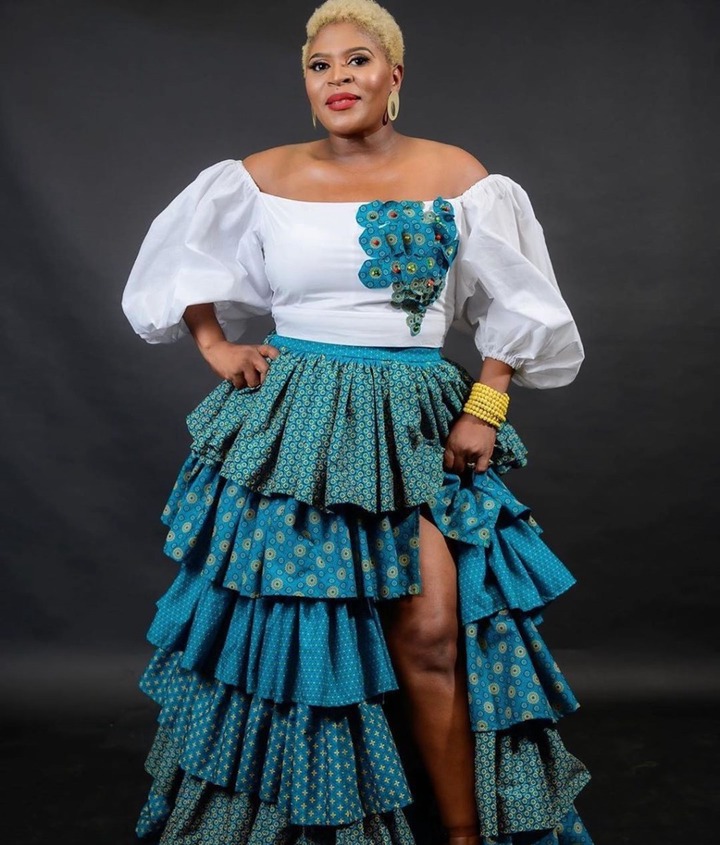 Born in Umlazi, KZN, actress Baby Cele Maloka plays Gabisile Mdletshe in telenovela Uzalo. Over the years she has starred in Zabalaza, Isidingo and Inkaba but the role that made South African fans first fall in love with her was the character Katlego Rathebe, who she played for eight years on eTV's Backstage. 74 year old cancer survivor Lillian Dube has graced both small and big screens over the years, working with big industry names like Mary Twala and Joe Mafela. Her TV roles include Gogo Helen in comedy Skwizas and Masebobe on Generations. Her most popular role is arguably Sister Bettina from Soul City. 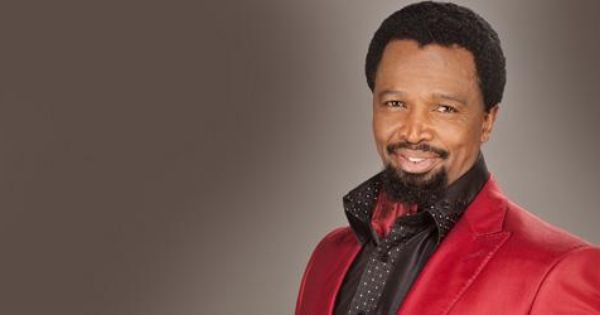 Hailing from Orlando in Soweto, Sello Maake ka-Ncube has performed all over the world including Canada and the USA. He has appeared in several television productions such as The Queen and Scandal but his most popular role was Archie Moroka on Generations. 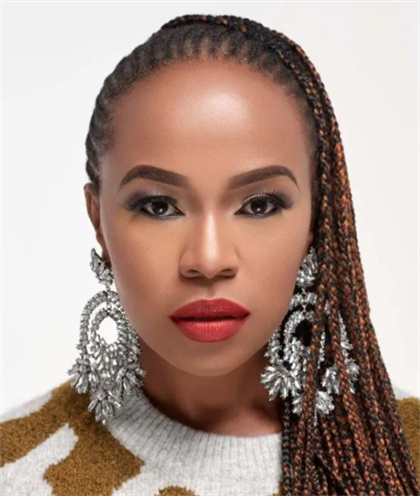 Sindi Dlathu is most famous for her role as Thandaza on SABC 2's Muvhango, which she played for 21 years. The 46 year old now plays the lead role of Lindiwe Dlamini-Dikana on The River. 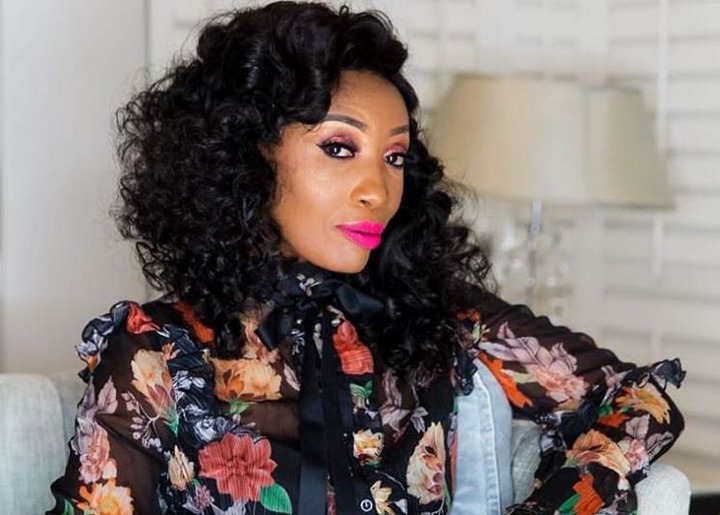 Sophie Lichaba best known as Sophie Ndaba is best known for her role as Queen Moroka in SABC 1's Generations. She has also made appearances on Soul City and Yizo Yizo. 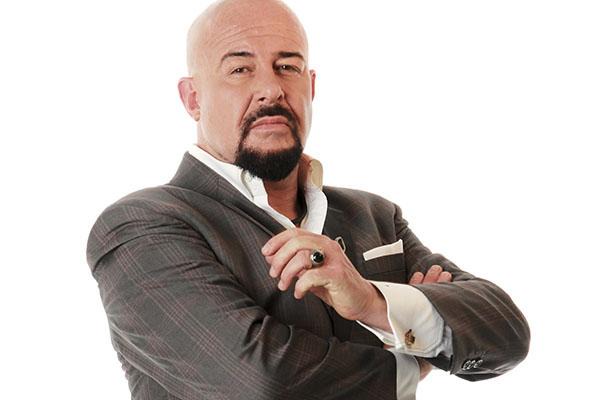 Rumoured to be one of the highest paid actors in South Africa, Jamie Bartlett's most famous character is undeniably puppet master David Genaro on Rhythm City. It is important to note that his character Mike O'Riley was the first to speak in scene one of episode one when Isidingo first aired. 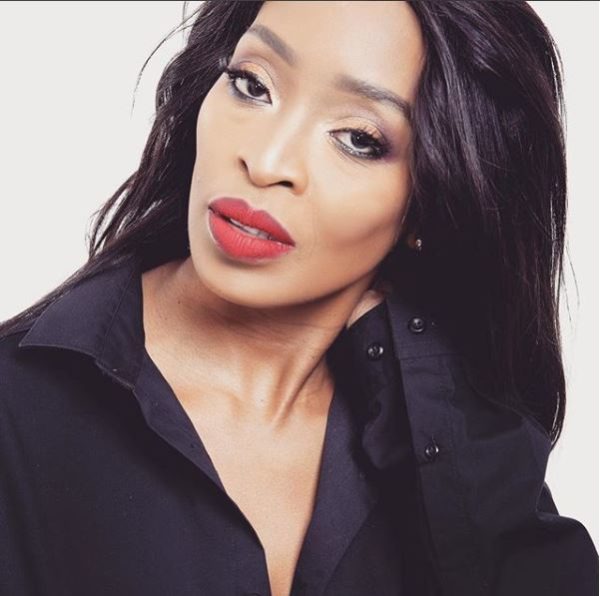 Businesswoman, dancer, choreographer, fitness coach, singer and actress Khabonina Qubeka plays Nina Zamdela on Isidingo. The role that made her prominent was Doobsie on Muvhango back in 2007. 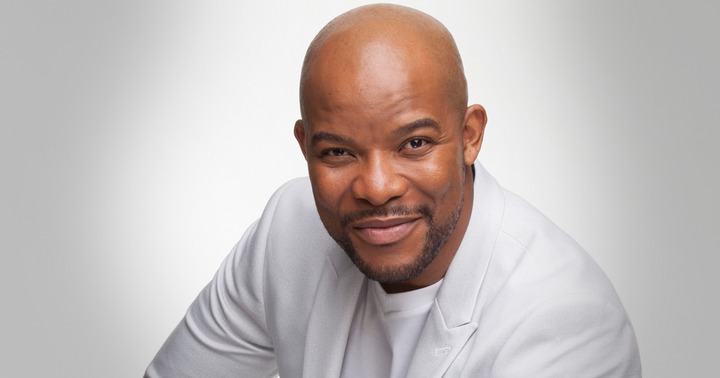 Hlomla Dandala used to draw large audiences back when he hosted All You Need Is Love. The actor who currently stars in The River has also appeared in Jacob's Cross but is most popular for his role as Derek Nyathi on Isidingo. 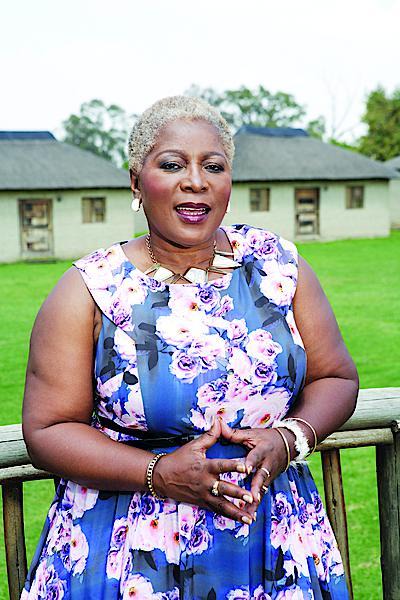 One of South Africa's most prolific actresses is Thembi Nyandeni. Most famous for her role as Mkabaying Zungu on Isibaya, she has also appeared on 90 Plein Street, Isidingo, Zone 14 and Jacob's Cross. 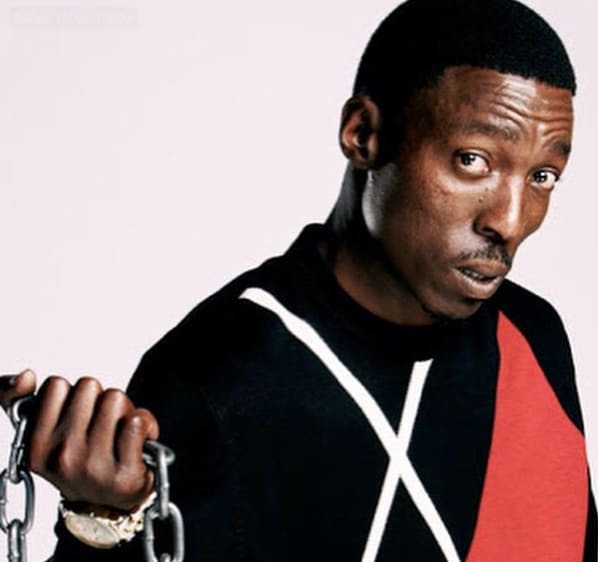 Ronnie Nyakale, who currently plays Cosmo on Generations - The Legacy is most remembered for his award-winning role as Papa Action in SABC 1's drama Yizo Yizo. He has also appeared in Rhythm City. 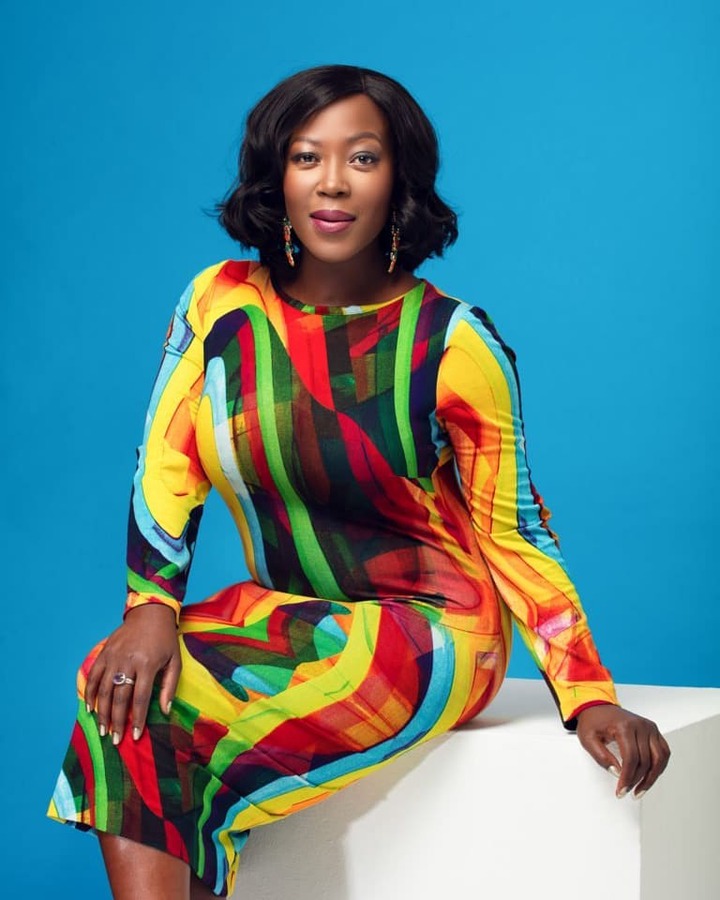 Rami Chuene has been acting for 25 years and most recently played Gracious Mabuza on The Queen. She was also adored in the role of Khomotjo Mojalefa on Muvhango but her most popular footprint would be when she played Thato on Scandal!. 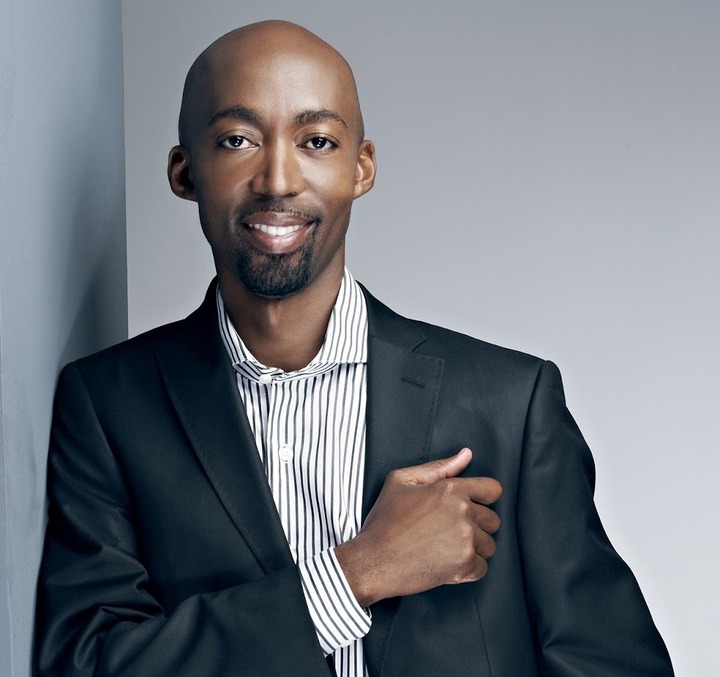 Best known for his role as James Motsamai on Muvhango, Dingaan Mokebe has also taken up presenting and does well as a voice over artist. 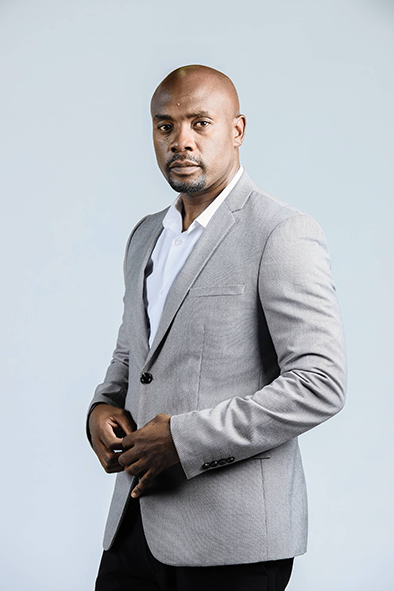 Although being well known for his role as Mpiyakhe Zungu on Isibaya, Siyabonga Thwala has extensive acting experience. The star recently joined the cast of Legacy as Msizi Zulu but has acted in Scandal!, Isidingo and Generations. 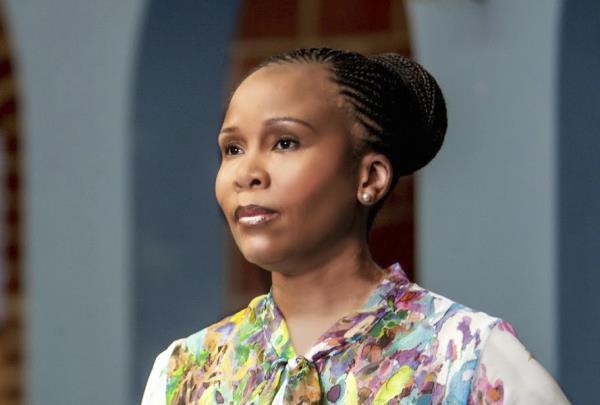 Leleti Khumalo has starred in historic movies such as Sarafina, Hotel Rwanda and Invictus but has a made appearances in big television roles as well. She played Busisiwe Dlomo on Generations and Zandile Mdletshe on Uzalo. She currently stars as Mazulu on Imbewu. 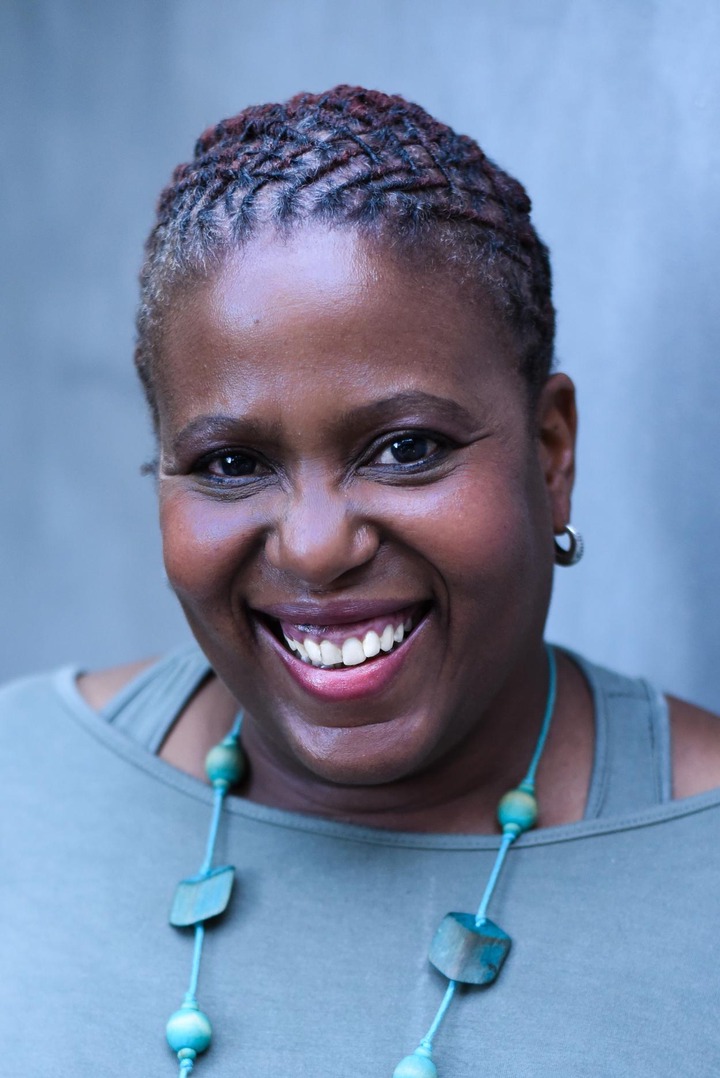 Although no longer appearing on our small screens, Pamela Nomvete is worth a mention for her role as villain Ntsiki Lukhele on Generations. 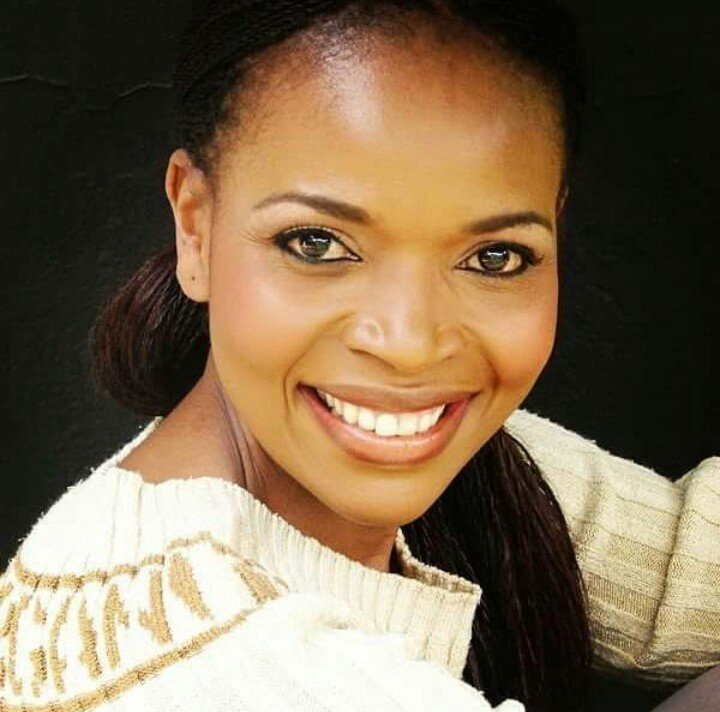 The actress who was shot 41 times and survived has played Precious Thito on Scandal!, Sis Noni on Soul City, Refiloe Morapedi on 7de Laan and Thembi on Generations. She is most renowned however for her award-winning role as Humbulani on Muvhango. Recipient of two SAFTAs is Seputla Sebogodi who has starred in multiple television productions such as Rhythm City, Scandal! and Bophelo ke Semphekgo. Although loved for his role as Kenneth Mashaba on Generations, he first rose to fame as Nkwesheng in 90s sitcom Suburban Bliss. 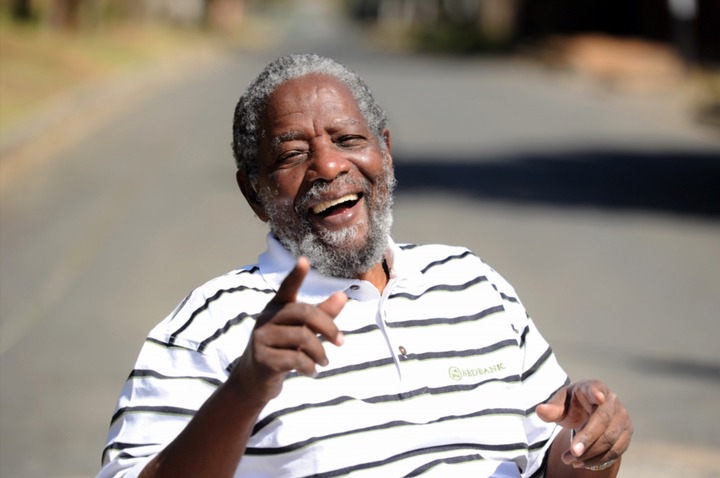 Although he began acting in 1964, the late Joe Mafela's televison career only took flight in the 1980s when he played the popular Sdumo in Sgudi 'Snaysi. He also starred in Going Up, Madam and Eve and Generations. 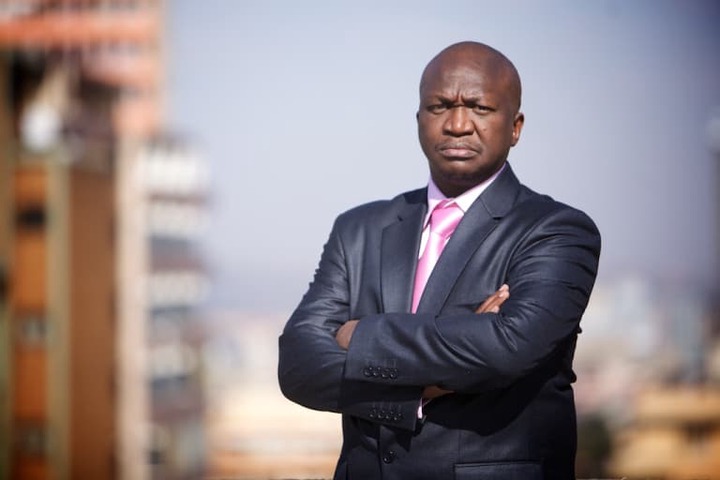 Although the actor has turned politician, Fana Mokoena has made a meaningful contribution to South African television. He has starred in Yizo Yizo and The Lab but his most popular role was Dr. Mandla Sithole on Generations. 48 year old actress Sthandiwe Kgoroge currently plays Thandeka Hlongwane on SABC 2's Lithapo but was made famous by her twin role of Zinzi and Zoleka Mudau on Generations. She has also made appearances on Yizo Yizo and Shuga. 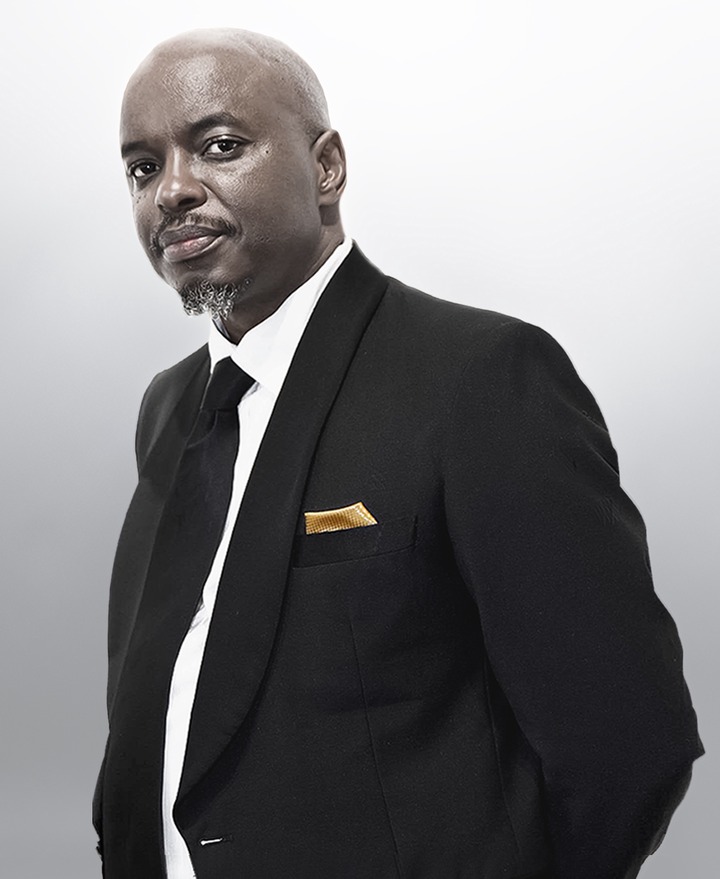 Themba Ndaba's acting debut was on Soul City but has appeared on Generations, The Road, Zone 14 and Hopeville. He currently stars as Brutus Khoza on The Queen and is worth mentioning that he is one of the original creators of Isidingo. 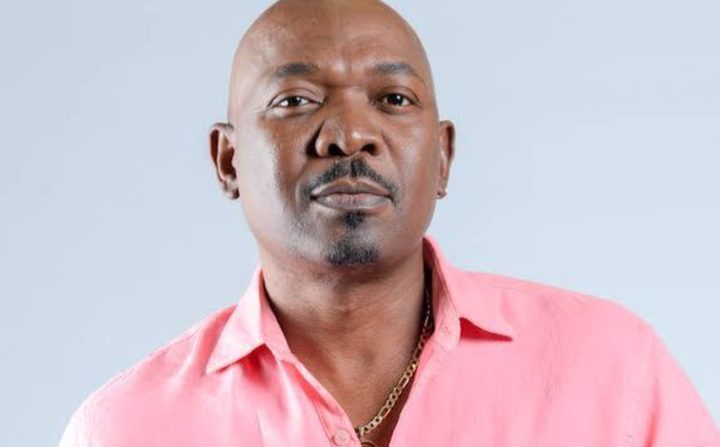 Best known for his role as Sibusiso Dlomo on Generations, actor Menzi Ngubane has made appearances on Heist, Yizo Yizo, Ashes to Ashes and Gold Diggers. 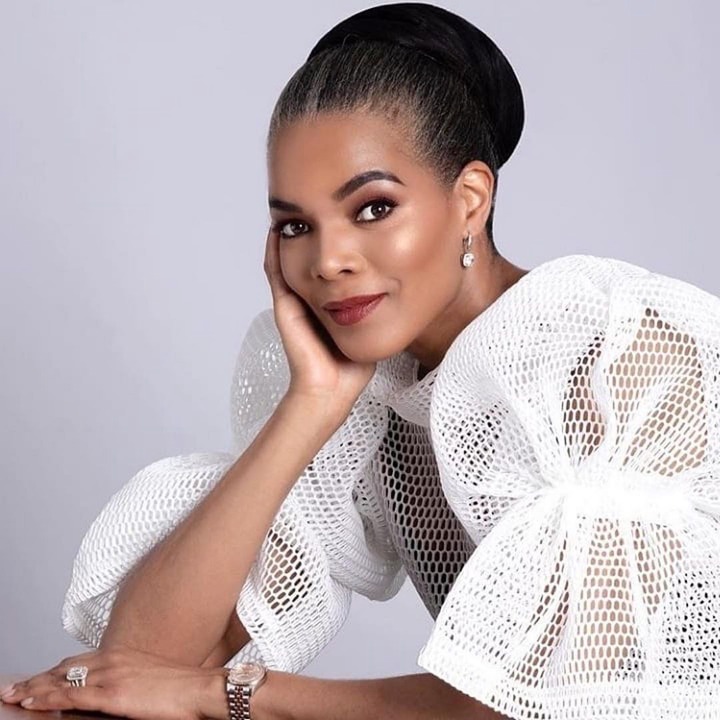 Powerhouse Connie Ferguson was made popular by her role of Karabo Moroka, whom she played for 16 years. She then went on to star in The Wild alongside husband, Shona. She now plays Harriet Khoza in The Queen.