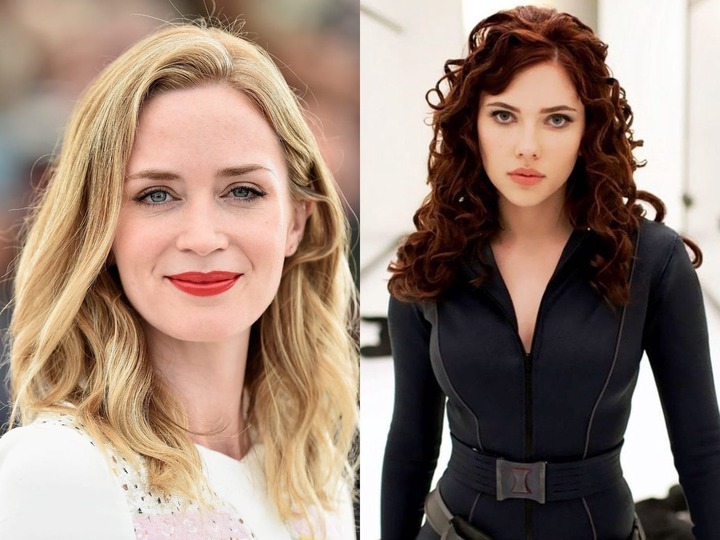 According to Den of Geek, Blunt was director Jon Favreau's first option for Natasha Romanoff, but owing to a Fox deal, she was forced to drop out to shoot "Gulliver's Travels," which is how we got up with Johansson.

Blunt, for one, has no remorse about passing up the opportunity to join the MCU.

In the aftermath of the success of "A Quiet Place," she told Indiewire in 2018, "I don't think I would have been able to undertake a lot of projects that I've loved doing." "You can't foresee what's going to happen, what's going to catch fire and what's not, so I think it's an interesting prospect if I make the decision for myself rather than because I'm contracted."

Daniel Craig turned down the role of Thor to concentrate on playing James Bond. 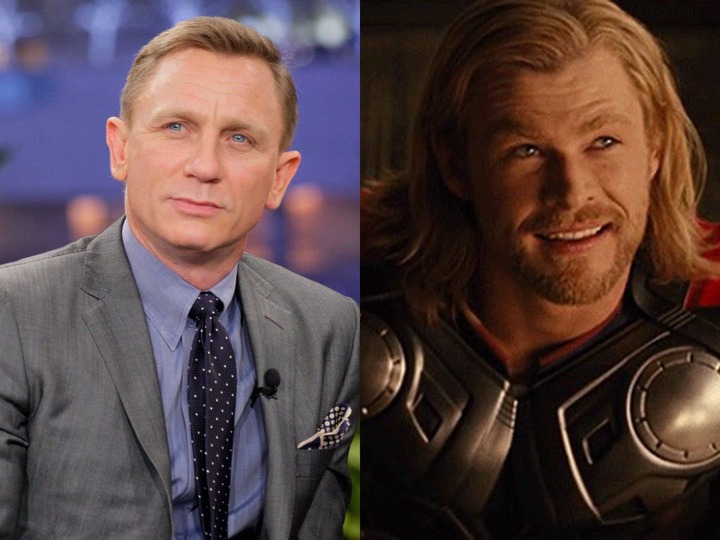 According to Screen Rant, Craig stated in 2008 that Marvel had approached him about playing the God of Thunder in the 2011 picture, but he declined because he felt that playing 007 was enough for one guy.

"Grey's Anatomy" star Kevin McKidd was also reportedly in the running for Thor. 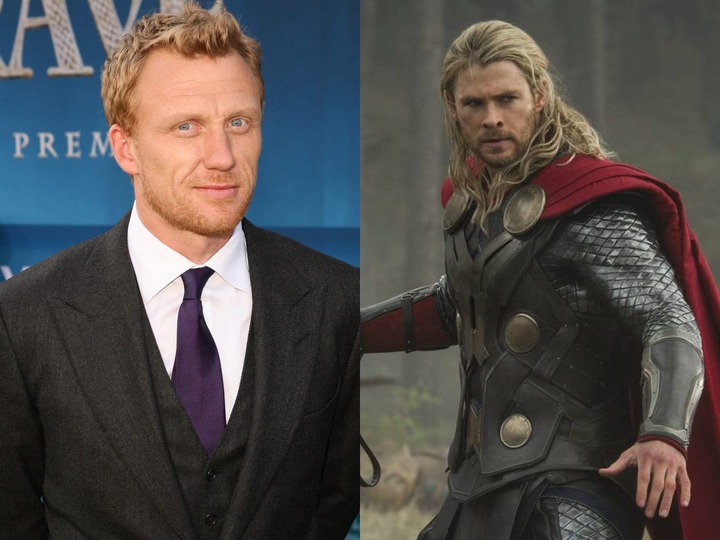 McKidd, who is most known for his role on "Grey's Anatomy" as Dr. Owen Hunt, was also rumored to be in talks to play Thor.

Early concept art of the hero was leaked on social media in 2020, revealing a Thor that looks closely like McKidd — and the artist claimed that McKidd was his model in a now-deleted post. 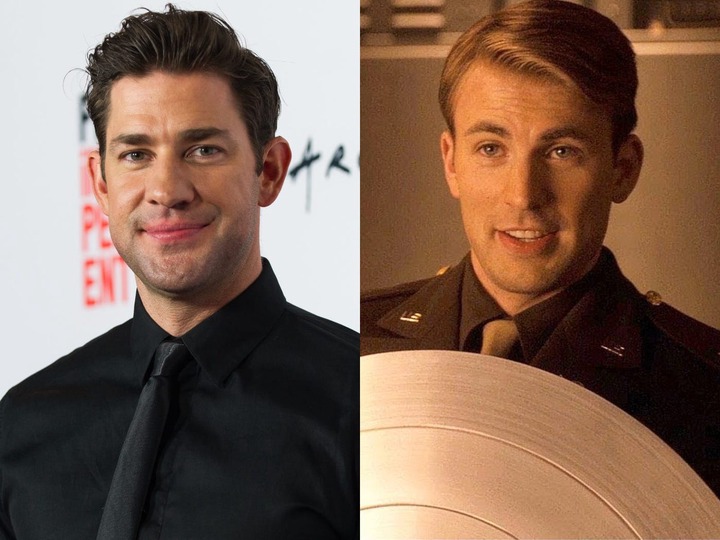 In 2018, Krasinski told Indiewire, "I love Chris, I've been a friend of his for a long time." "I tell him I'm first in line to see his new movies because they're so much fun and I enjoy watching them. It's that zen idea of letting life take you where it will, and if I had received 'Captain America,' I would not have been here."

Fans are now clamoring for Krasinski and his wife, Emily Blunt, to play Mr. Incredible and Invisible Woman, respectively, in the Fantastic Four.

Ryan Phillippe is another actor who was up for the part of Captain America. Phillippe acknowledged his interest in playing the Star-Spangled Man at a panel in 2010.

An old draft of "The Avengers" revealed that Zooey Deschanel was almost cast as the Wasp. Evangeline Lilly was introduced as the Wasp in "Ant-Man" three years later. 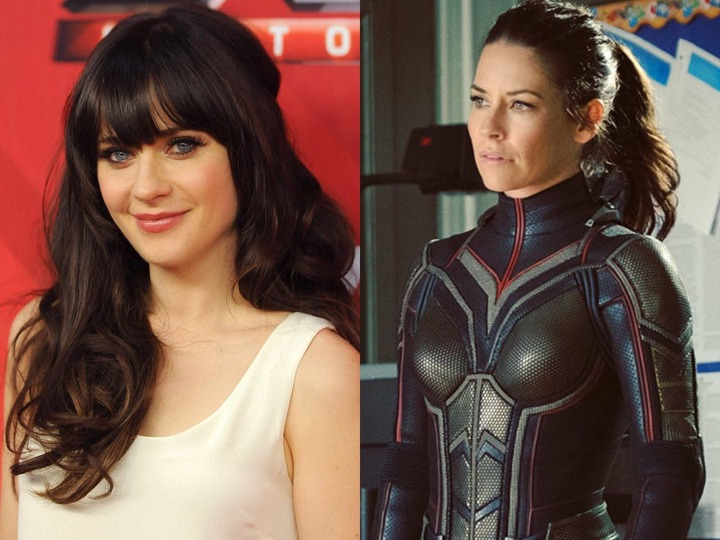 "The Story of Marvel Studios: The Making of the Marvel Cinematic Universe," by Tara Bennett and Paul Terry, is a new book about the development of the MCU, and it reveals that "Avengers" writer and director Joss Whedon wrote a script that brought the Wasp to the MCU.

According to producer Jeremy Latcham, Whedon had one actress in mind: "New Girl" star Zooey Deschanel. "The Wasp was the center of attention. Zooey Deschanel was the actress he wanted to cast. [Wasp] was the most amusing and well-written character in the entire film "he stated

Whedon revealed that he added the legendary superhero because it was unclear whether Scarlett Johansson, aka Black Widow, would be available, and the crew required a new female character as a result. However, Johansson was allowed to participate in the film, and three years later, fans were introduced to Lilly's Wasp

Jessica Chastain almost had parts in "Iron Man 3" and "Doctor Strange," but she is holding out for something bigger in the MCU. 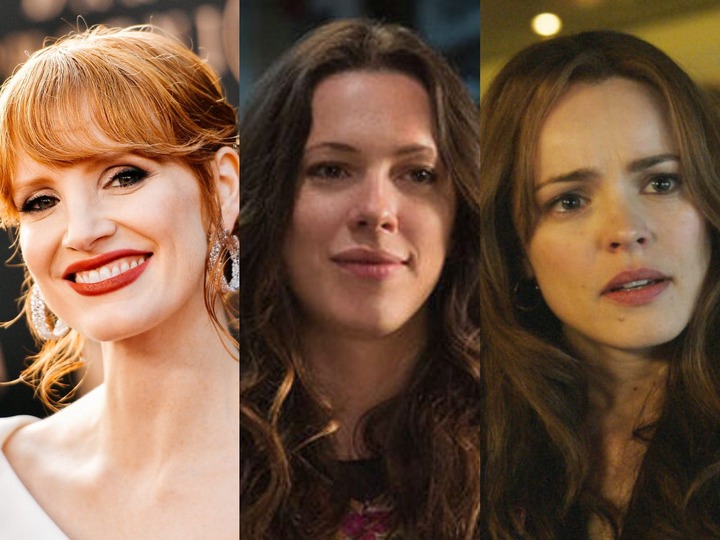 Chastain has been considered for two different roles in the MCU. Initially, she was considered for the role of Maya Hansen, a scientist who has a romantic relationship with Tony Stark. She did, however, state on her Facebook page in 2012 that she was too preoccupied.

"Unfortunately, 'Iron Man 3' will not be a success. My schedule is already overflowing, and I won't be able to squeeze anything extra in. My prospective attachment was disclosed way too soon by the press. I know many of you expected me to participate, and I apologize for disappointing you. Hopefully, I'll be able to see another Marvel picture in the near future "she penned.Rebecca Hall was eventually cast in the role.

Chastain was believed to be joining "Doctor Strange" as physician Christine Palmer, an ex-colleague of Stephen Strange, a few years later. It didn't work out yet again, this time Jessica Chastain turned down the part. Chastain expressed her desire to enter the MCU as a superhero, not a sidekick, on a podcast in 2020.

"'Hey, look, this idea seems wonderful, and I'd love to do it,' she says. But I'm only going to get one chance to be in a Marvel movie and play a Marvel character, and I trained in ballet and have always wanted to wear a cape,' she says." C. Robert Cargill stated the following.

Rachel McAdams was cast in the role.

Jason Momoa almost played Drax in "Guardians of the Galaxy," but he passed. 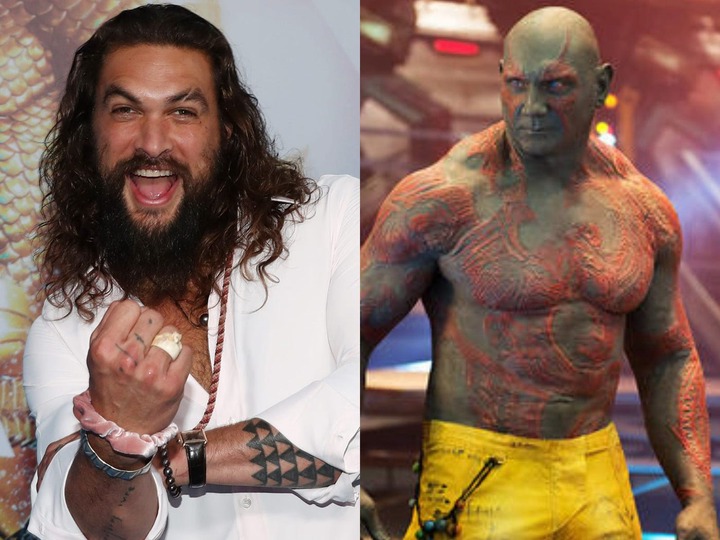 Of course, Momoa would go on to play Arthur Curry, aka Aquaman, in the Justice League, but before that, he was supposed to be cast as Drax in the Guardians of the Galaxy, but he turned it down.

"I want my kids to see their father enjoying himself. It wasn't that the part wasn't good; it just wasn't the proper fit. For four years, I played Ronon, an alien who didn't say much and grunted, on 'Stargate: Atlantis.' Whether or not people have seen it, I've been there and done it. You'd like to stretch, right? "According to IGN, Momoa said in 2014.

Drax would be played by Dave Bautista, which Momoa backed.

"It's excellently cast, in my opinion. Dave is ideal for the part of Drax "he stated