Mamazala: "You are not our daughter in law" spits widow's mother-in-law following court wars

Mamazala: "You are not our daughter in law" spits widow's mother-in-law following court wars

When we se people on our perfect wedding or on wedding days in general, we would never assume that their relationships with their in-laws can be so bad that they don't even want to see each other.

On tonight's episode of Mamazala, Susan called the crew to help her confront her mother-in-law to ask for her husband's ID after the said Mamazala took the ID while the husband was alive and did not return it to her daughter in law when it was requested. According to the widow's narrative, she and her husband were meant to start their own family outside of his family house but his family kept sabotaging him because they did not want to see him being independent; all the wile ill treating him. 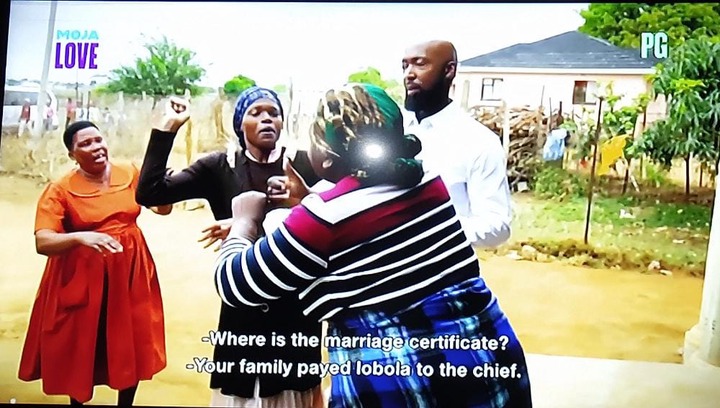 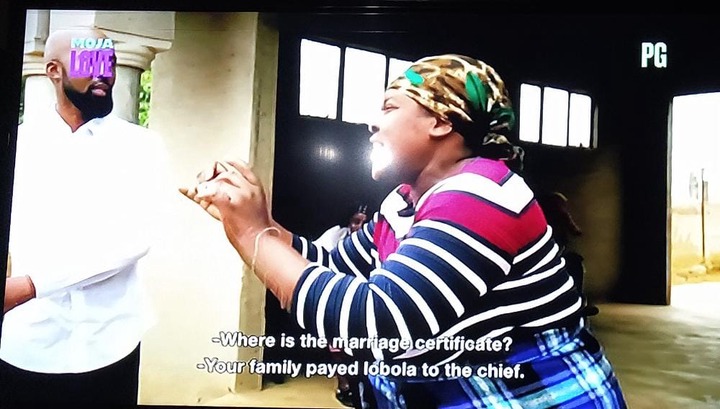 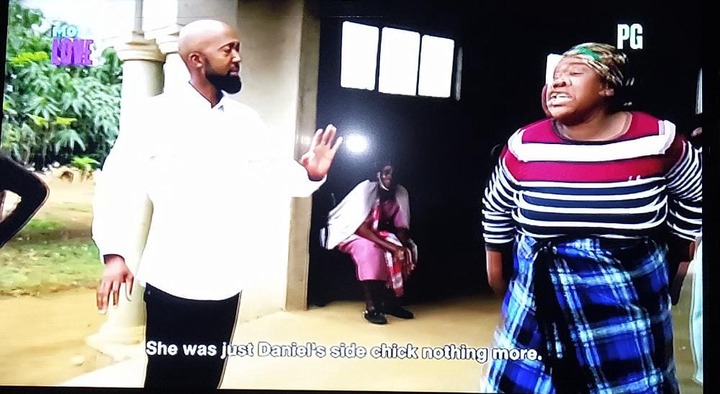 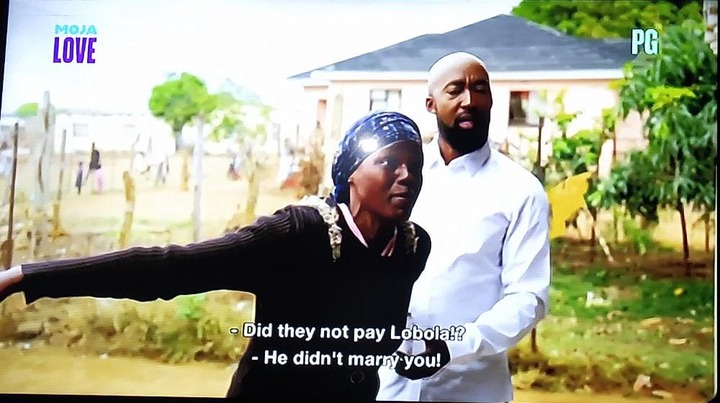 According to the Mamazala's account though, the lady was just a mistress and was not married to her son. This confused the widow and her family because according to a few rituals done by the deceased man's family, she was welcomed into the family and had known herself to be their daughter-in-law. The mother-in-law and the family members who delegated the negotiations all refuted allegations of asking for the lady's hand in marriage and said that they would only meet in court where the continued war for the deceased's estate would be fought for by his wife against his family who believes that they are more entitled to it. 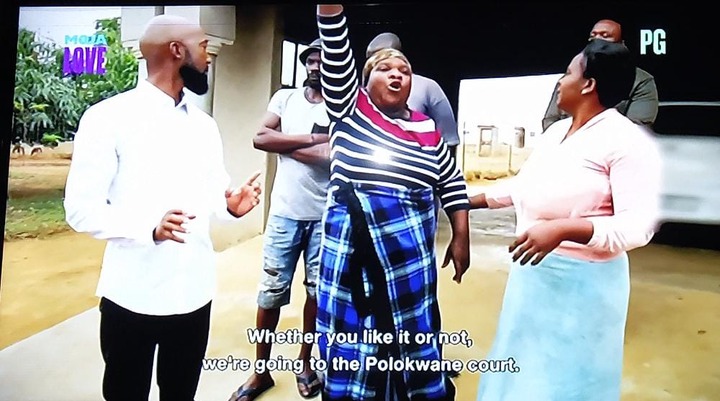 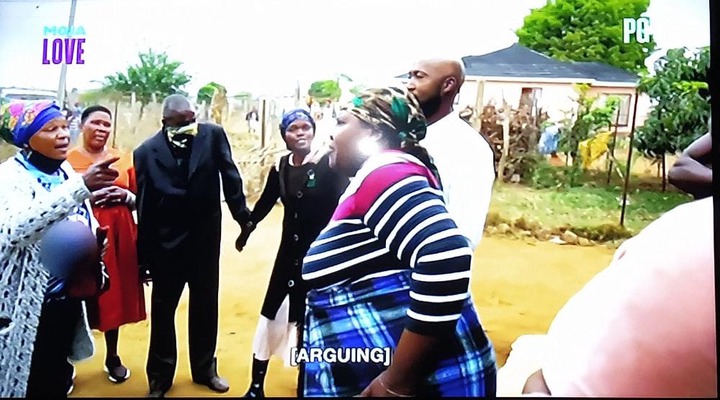 I find that women are subjected to abuse when they lose their husbands because they usually need to fight for estate from the man's family; even when it is known that the said women have children with the deceased man. On top of that, his family also accused him of being the one to kill him, even though she took care of him until he died.

#Mamazala mother in-law is just to selfish! I mean there's is kids involved in this situation! https://t.co/XBsnljo5cn

The Husband's family is greedy. Now I believe they are the ones responsible for the man's death. The wife used speiti to help him, that's why the family is furious coz they were rather exposed #Mamazala https://twitter.com/GontseKhumo_TK/status/1459581930685583362?t=yr4yhIOwmg7oMhxU0iV33Q&s=19

#mamazala just imagine the mother in law saying her son never got married cause she want the money. She is so selfish https://t.co/yPba7PW7Ro

#Mamazala this show is real life. This one today is very personal. All I can say guys make sure there is a will no matter what. Your kids will suffer because money is evil. https://t.co/KFb4YfrSF4 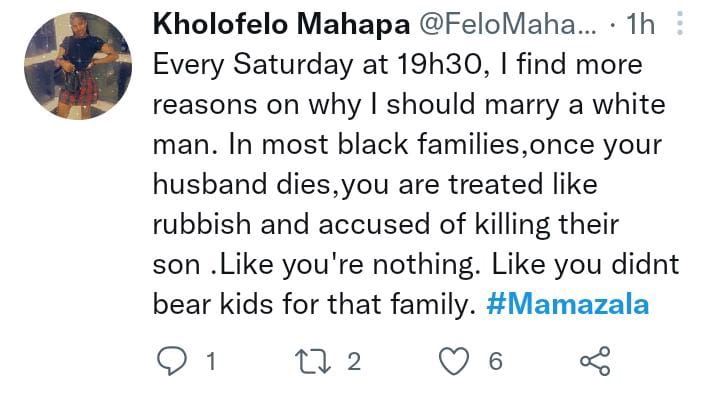 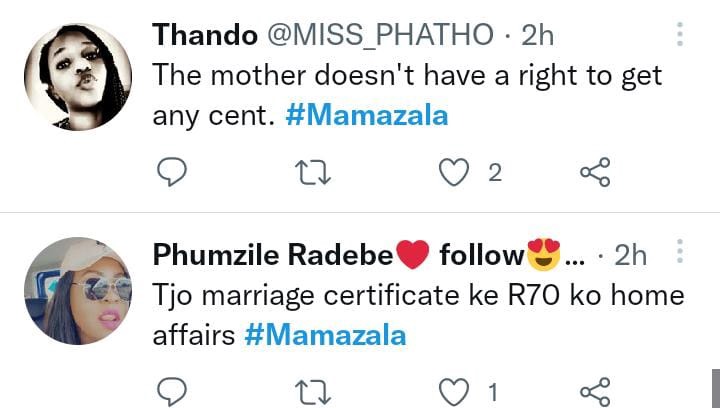 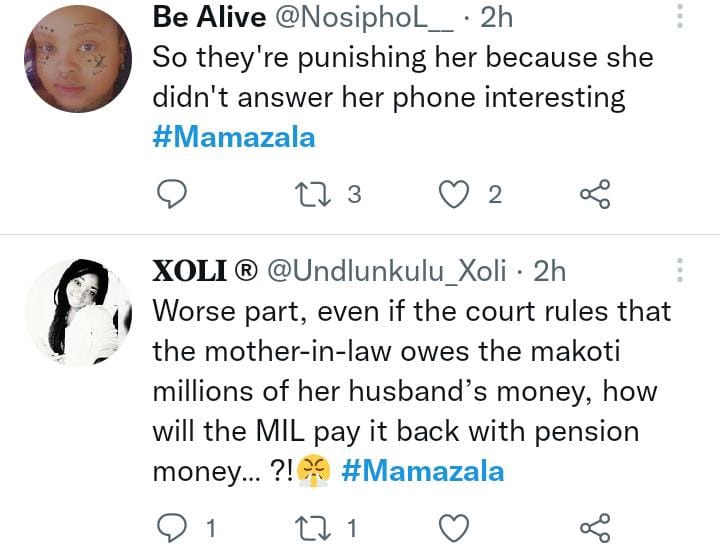 Thoughts? Thanks for reading!