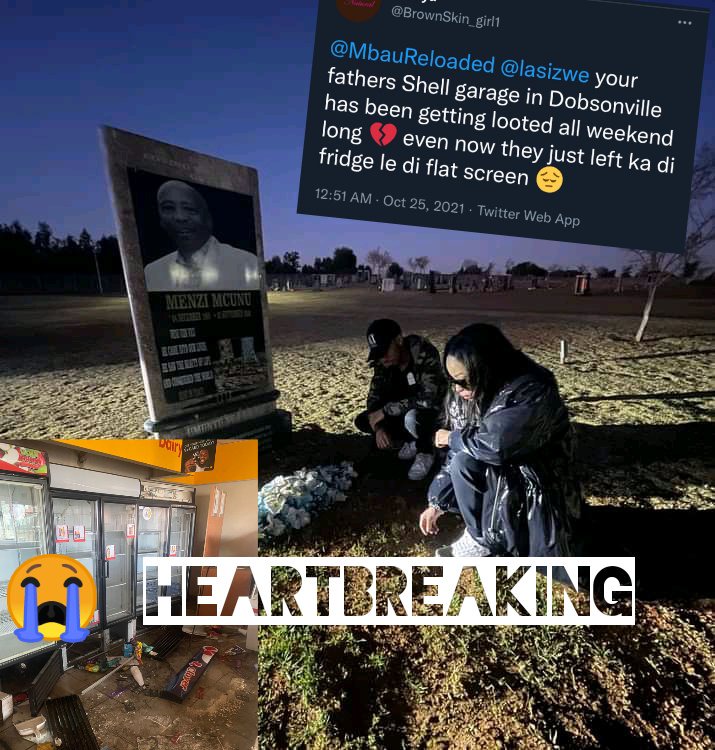 A good day turned into a bad one for famous social media socialist Lasizwe Dambuza. He received bad news about what happened relating to his late father, Menzi Mcunu's business. It looked like a bunch of hooligans went on a looting spree at the Shell garage in Dobsonville, Soweto. The multimillion-rand petrol station was by the late Menzi Mcunu for both his children, Lasizwe Dambuza and Khanyi Mbau. 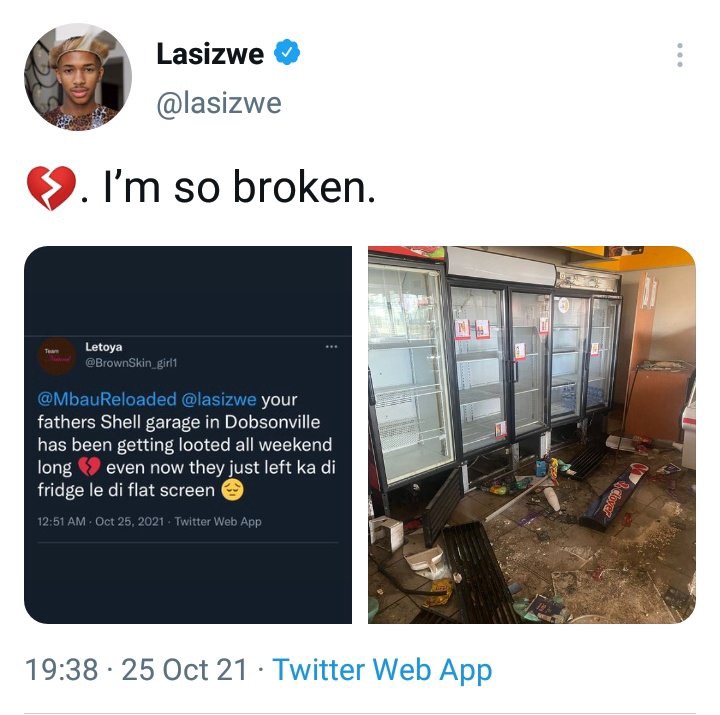 They took everything from the stock supplies to the electronic equipment, such as the fridges and a set of flat-screen TVs. The disturbing images and video footage showed that the bunch of hooligans looted the whole place and they are busing stripping out the electric lights and scrap metal to sell at the scrapyard or junkyard. Lasizwe received heartbreaking information from one of his friends that makes temporary visits in Dobsonville and she tagged him and his sister, Khanyi Mbau. 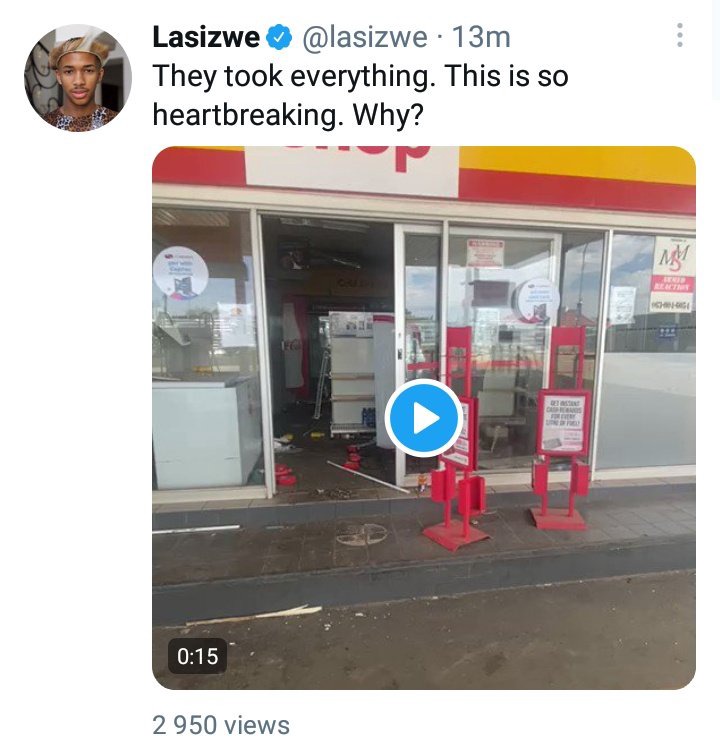 One of Lasizwe's friends voiced a heartbreaking message on Twitter, he said, "This is really sad, you would think and wish that another man's success is to inspire you to do better, but this here just shows that people would rather bring you down instead of developing themselves, why have we lost our humanity, Lasizwe you'll be okay". He shared a message that can put anyone into tears and make them realise the bad things that can bring another black child back to poverty. 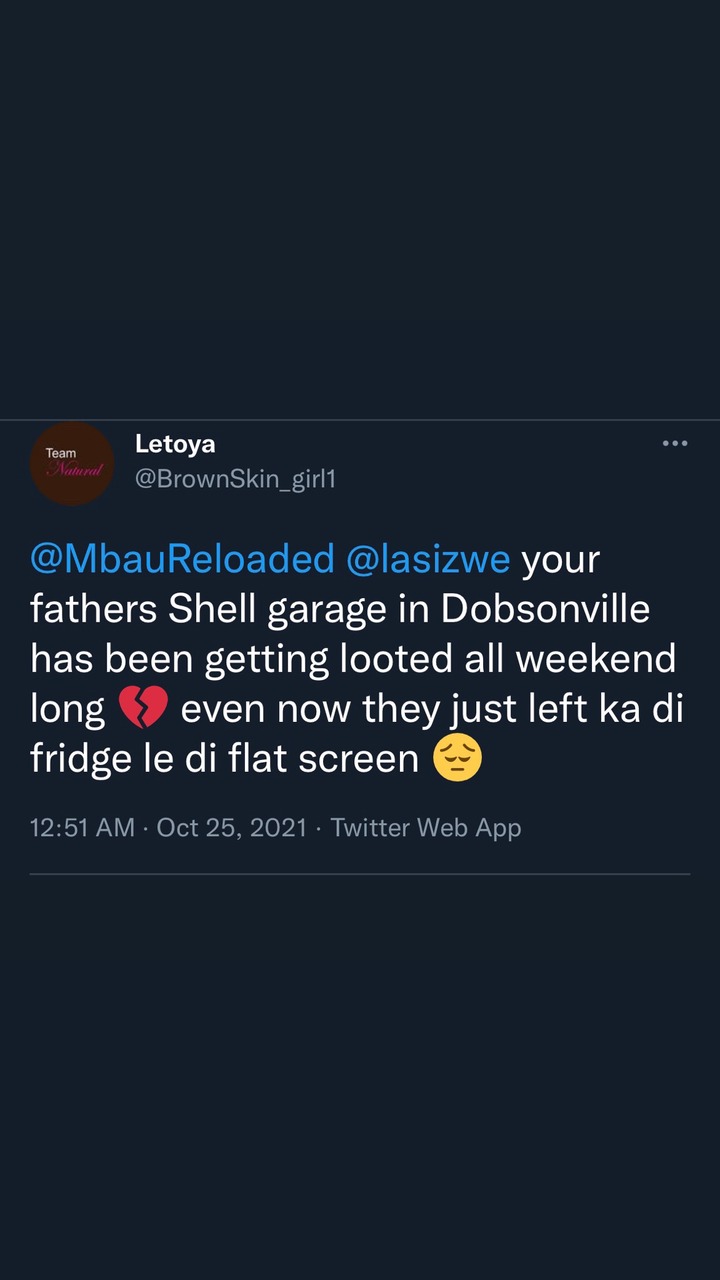 Lasizwe is now in tears on what transpired on his father's business and no one can blame him for feeling too emotional. Menzi Mcunu might be rolling in his grave at this moment and bad luck follows people who do bad things to dead people's inheritance. This is a catastrophic event that happened to Lasizwe and her sister, Khanyi Mbau. It showed that poverty has left a permanent scar in our hearts and lives. South Africans haven't learned anything from the previous looting spree that almost left the country into a huge debt and recession. Inflation missed them by a few inches, because of their foolish behaviour. 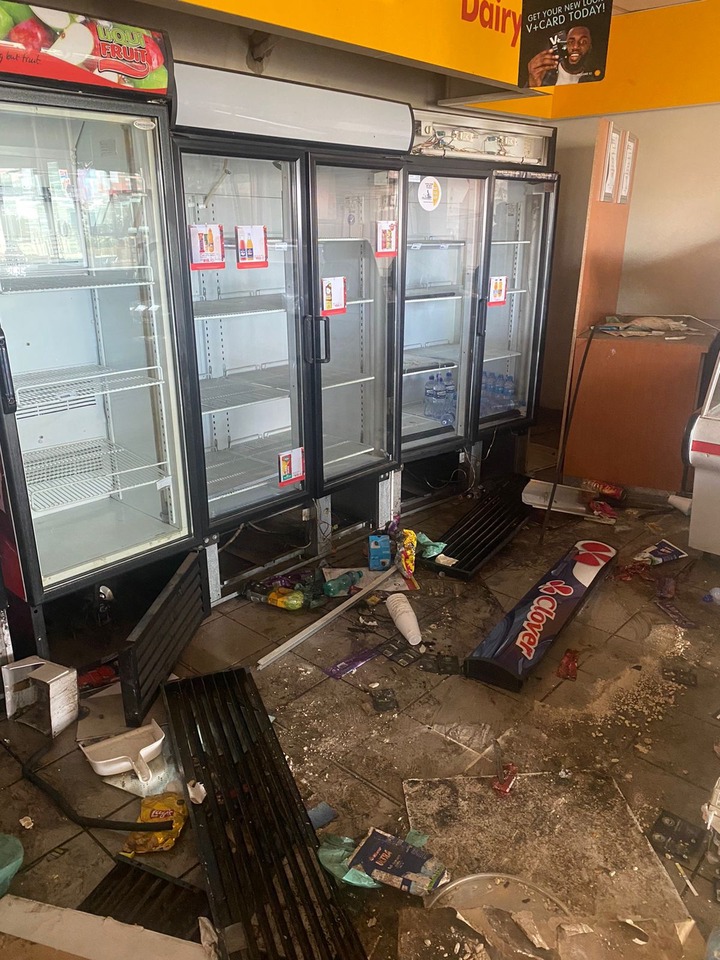