By SweetAndSour (self media writer) | 4 months ago

Rapper and TV presenter Molemo “Jub Jub” Maarohanye and artist Kelly Khumalo started dating in the late 2000s, Khumalo fell pregnant and unfortunately miscarried their baby in 2008 and again fell pregnant and gave birth to their son Christian in 2010. The pair broke up in 2012 and Jub Jub was later sentenced to 25 years in prison for murder and attempted murder following an incident where the rapper and his friend hit and killed four children while drag racing under the influence of drugs. Maarohanye and Khumalo had already ended their on-and-off relationship when Jub Jub was sentenced. Kelly Khumalo later accused Jub Jub of physically abusing her in 2016 in an interview with MTV Base and pictures of a bruised Khumalo trended on social media. 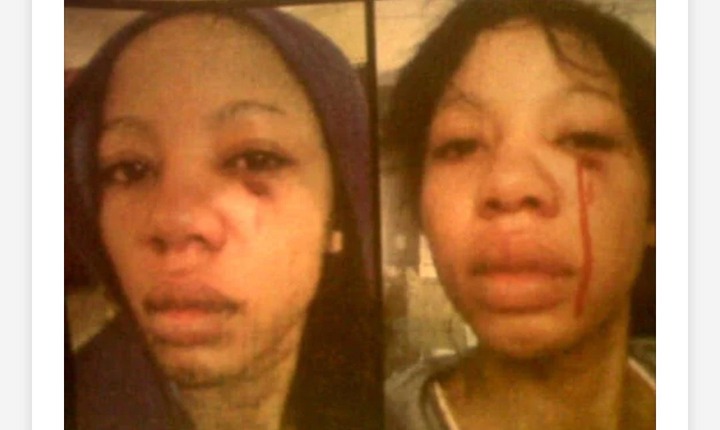 In 2014 Jub Jub’s murder conviction was overturned to culpable homicide and his sentence was reduced from 25 years to 10 years. After 4 years of serving his sentence, the rapper was released on parole in 2017. The relationship between the two has not been peachy since their break up, with Jub Jub claiming that Kelly would not let him see his son. Kelly has full custody of their son. 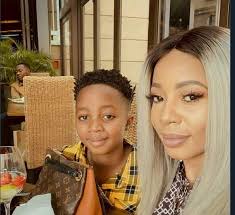 The ‘uyajola 9/9’ host made allegations that the ‘impini’ hitmaker uses muti to trap men in an interview with MacG on his show, ‘Podcast and Chill With MacG’. The rapper claimed that Kelly used muti to get him to leave actress, Amanda Du Pont.

“It’s not news that she (Kelly Khumalo) uses muti”, he said to MacG. He then added, “Everybody knows she uses muti and I guess she used that for me to stay with her”. These allegations left a lot of people in shock and Jub Jub got himself in trouble for it. The host was suspended from his position at Moja Love.

On Sunday 7 February, Sunday World reported that the CEO of Moja Love, Aubrey Tau has ordered the TV host to apologise to Kelly and three anti gender based violence organisations or he would lose his job.

Jub Jub took to social media on Thursday 10 February to post a written statement addressed to Khumalo. In the statement, he starts off by apologising to “the mother of his son”. He proceeds by saying that he did not mean for things to go there between the two of them. He says his comments were taken out of context and he’s not apologising because of the article that states that he was ordered to apologise by his boss. He also asks if he could make amends with his son and have a relationship with him. He ends the apology by asking for forgiveness from South African women and stating that he would be undergoing sensitivity classes for his use of language. See his statement below: 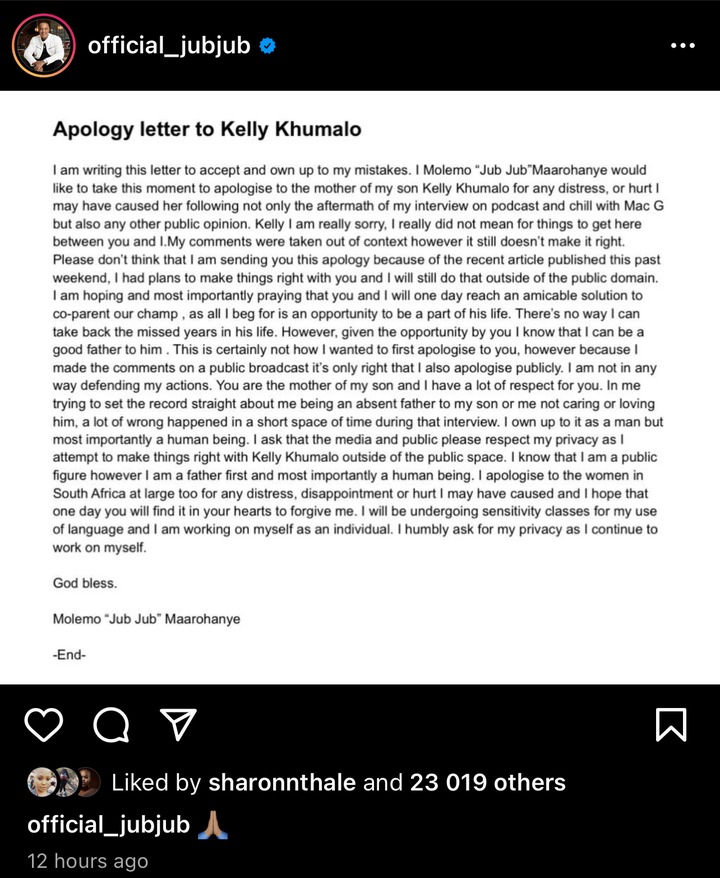 Content created and supplied by: SweetAndSour (via Opera News )