By TheAnomaly (self media writer) | 1 year ago 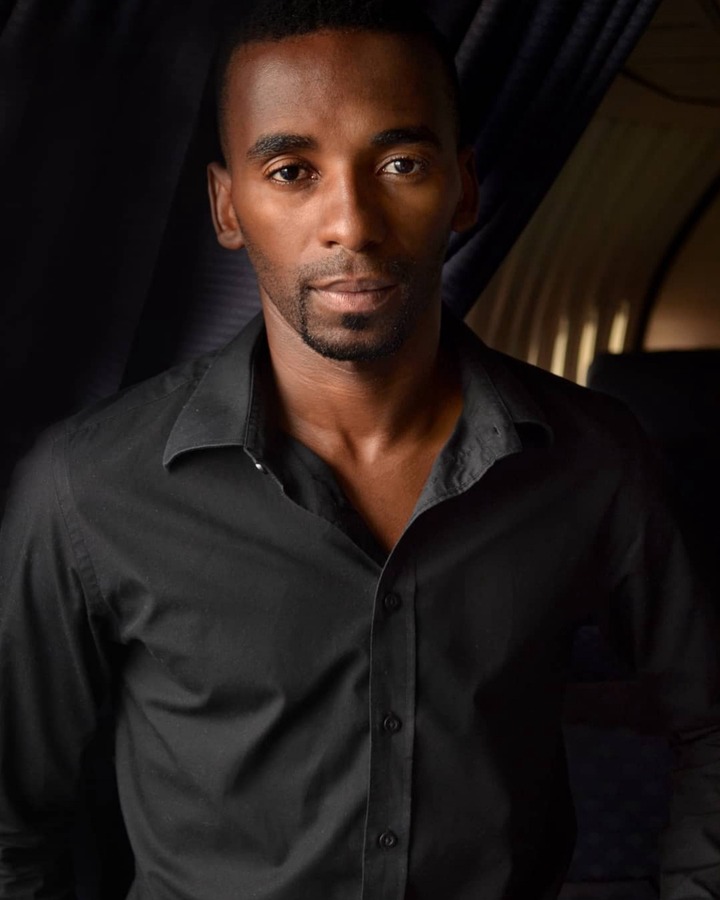 South Africa's Film industry was gutted when news of Luzuko's passing was announced on Monday evening. It was confirmed on Tuesday by his sister Nomsa Nteleko,who took to social media to share the news of his death. The cause of his death is yet to be revealed. 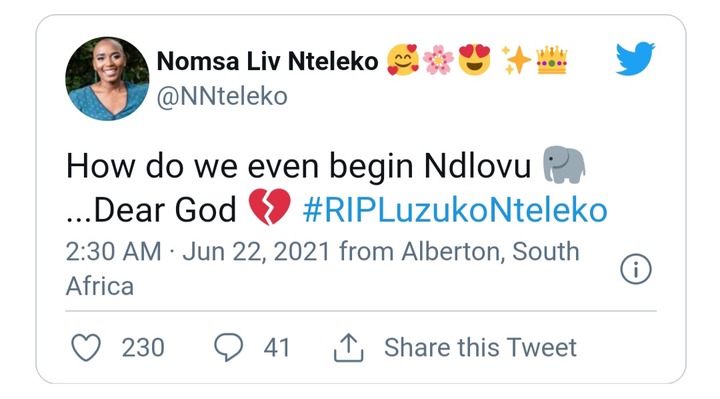 The 36-year-old had been battling cancer in the last two years or so. Although it was tough he remained positive. On a social media post he published in early 2020,he showed gratitude to his sister who had supported him in this journey. Renowned celebrity Kgopolo Mphela also shared screenshots of his text exchange with Nteleko where he credited Nomsa for his recovery. 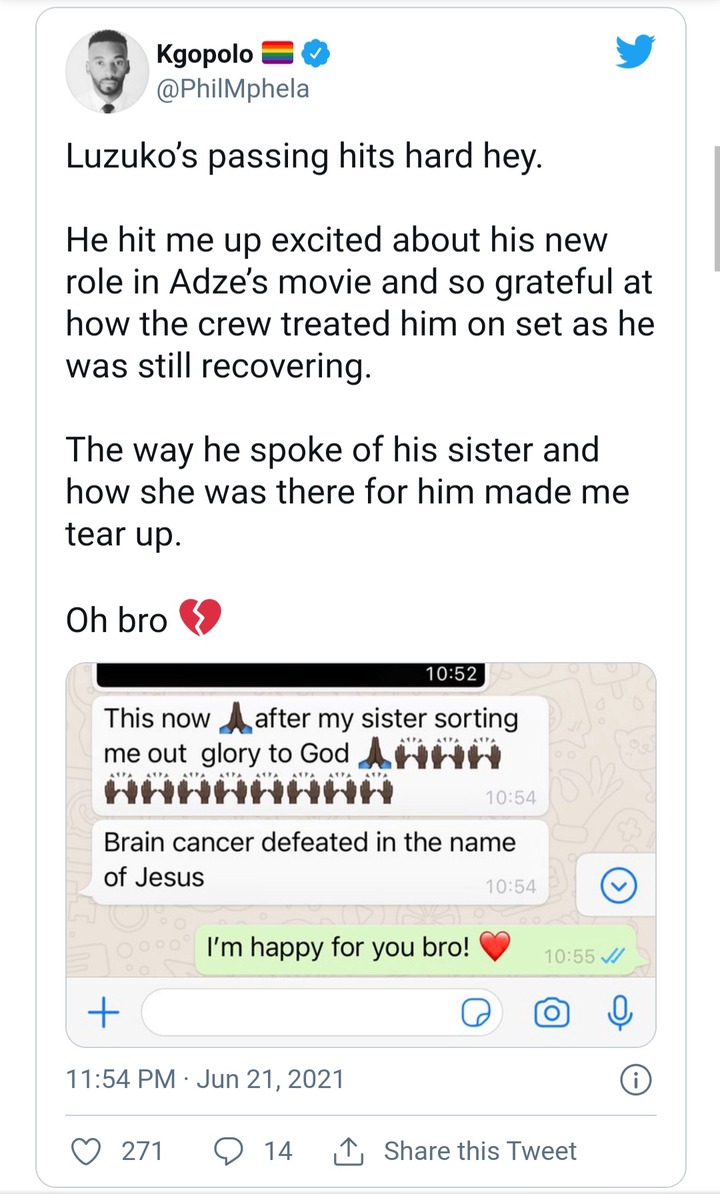 South Africans will remember Luzuko for his acclaimed roles in a number of big local productions such as Mamello,where he had a role of a high school teacher,Mr Tsotetsi.

He also had a stint in Isidingo, Zone-14 and Ring of Lies.

Actress Thembisa Mdoda-Nxumalo was the one of the first people who shared the news on social media on Twitter.

"Each day we lose one. Each day. He has taken a special part of the art with him. Only a few will understand. Go well mtase," the actress tweeted.

Tributes from his fans and friends in the industry have since been flooding social media: 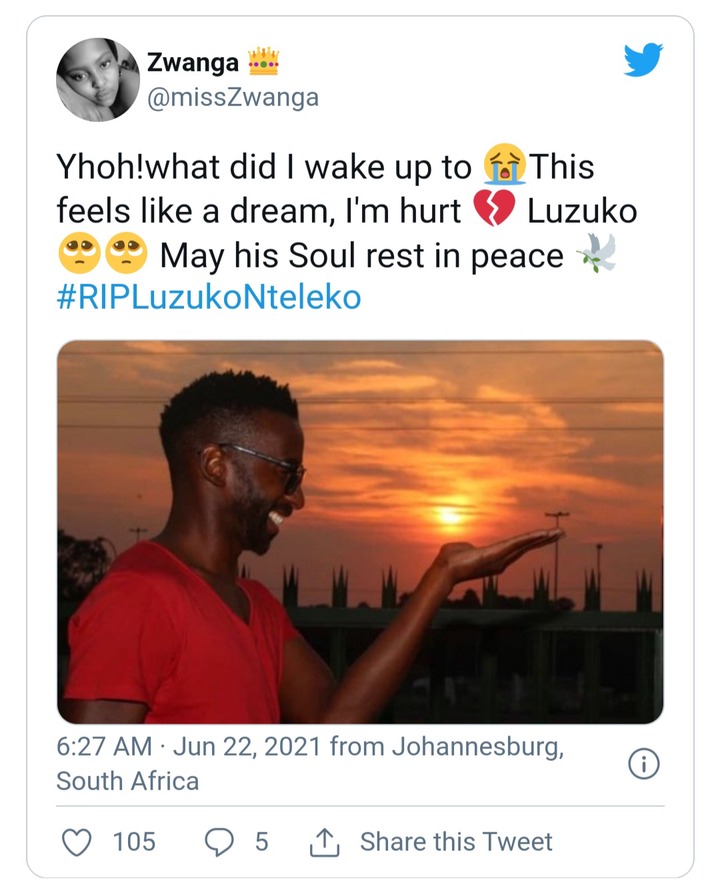 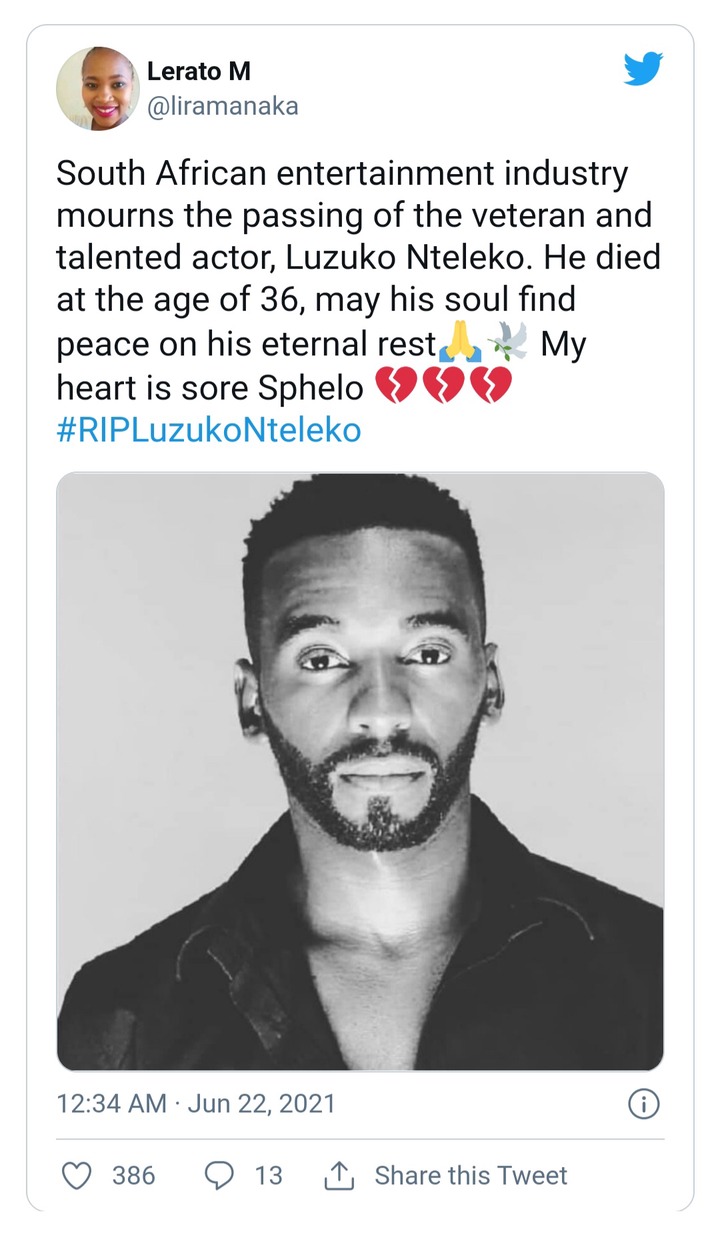 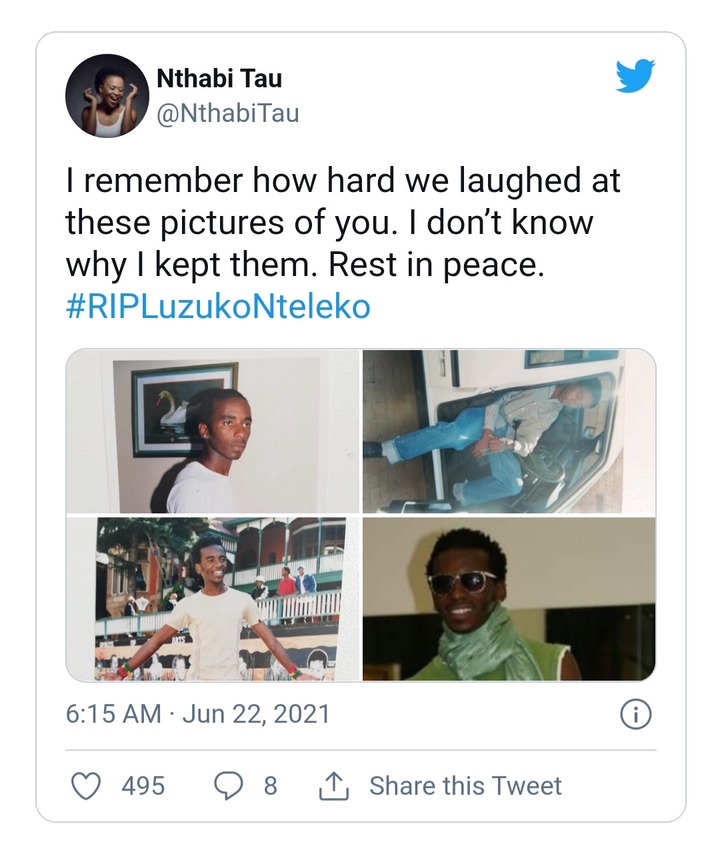 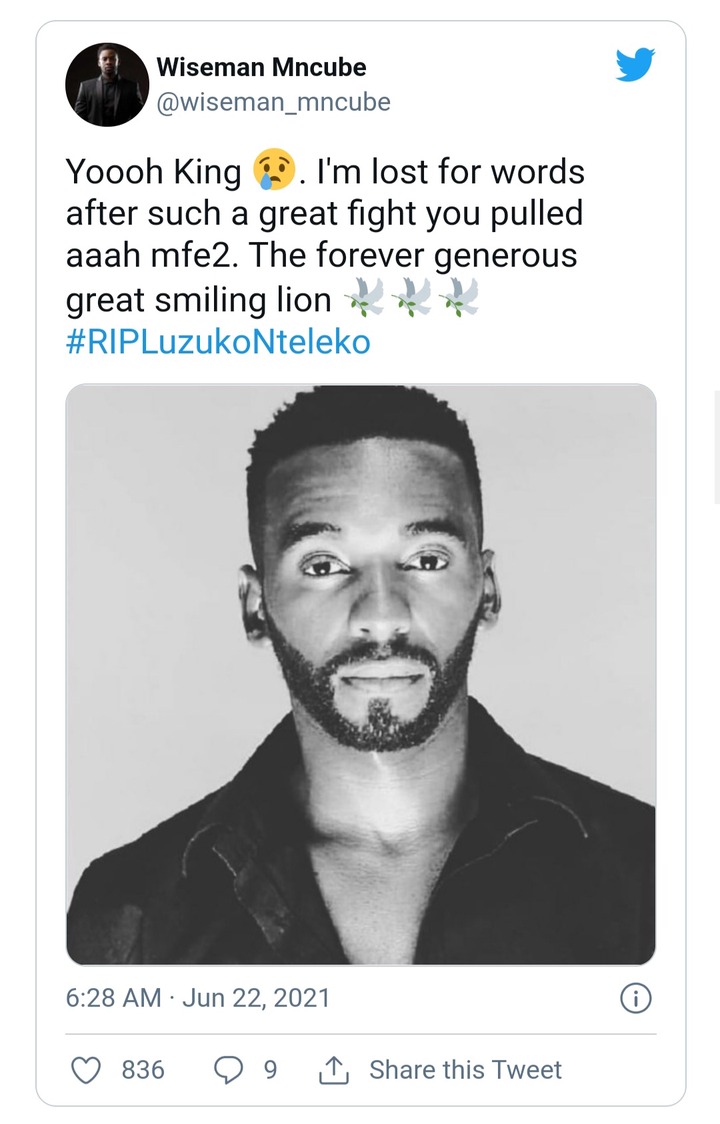 Luzuko will be remembered for his vibrant personality,humor and his multilingualism that often left his fans impressed.

Content created and supplied by: TheAnomaly (via Opera News )

Former Generation's actress has allegedly lost her house, see who it is