By Beautyk.Entertainment (self media writer) | 6 months ago 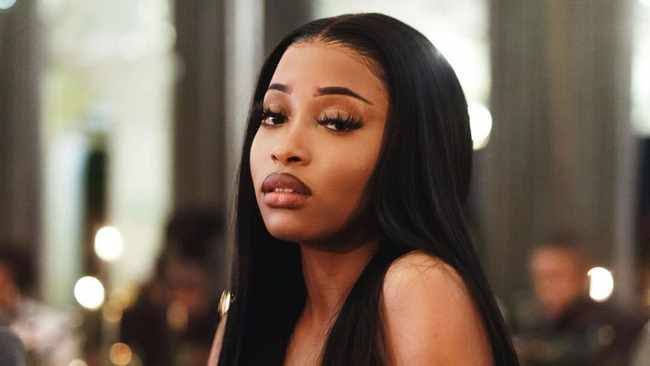 Uncle waffles took the DJ'ing world by storm when she became a hit. People felt like she was only booked for gigs because of her looks. Every time Uncle Waffles is performing she always performs Young Stunna's Adiwele. She performed the song so much that every time people heard the song it was associated with her and not with the creator of the song. 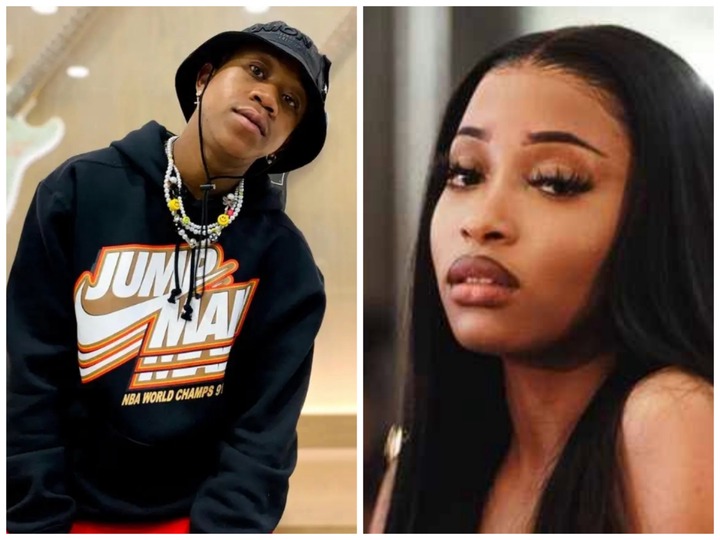 People said that how is Young Stunna going to perform his song now that Uncle Waffles basically made it her own. They said they hype that uncle waffles receives is supposed to go to young Stunna. A fan even said he should get a stop order because she is becoming famous with his song. 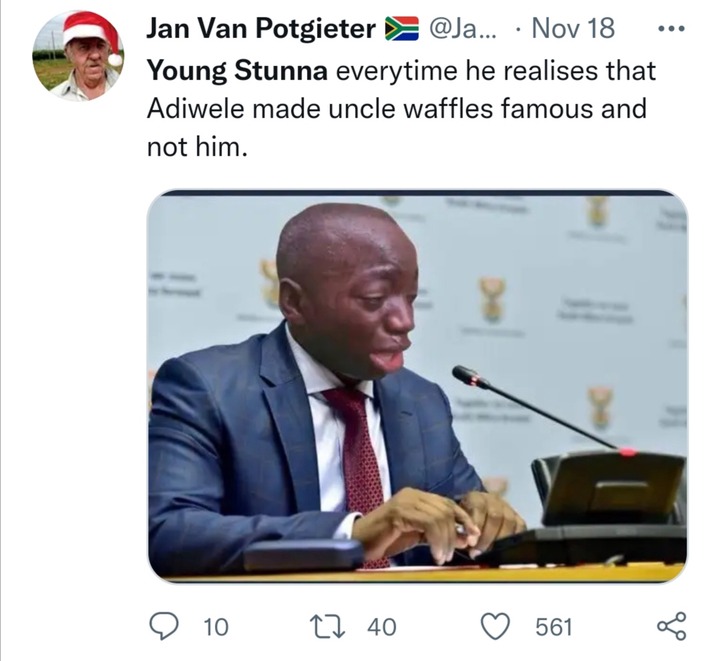 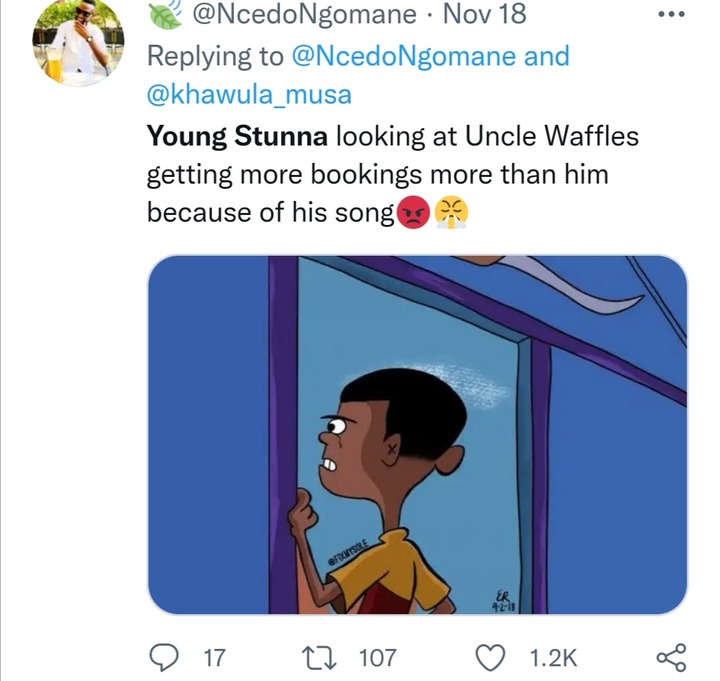 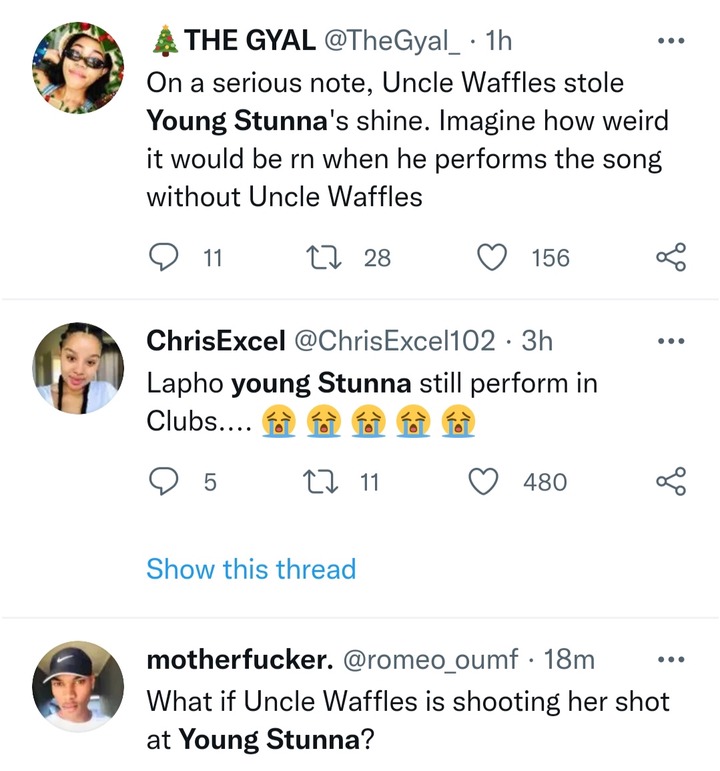 But some said that uncle waffles is only temporarily hyping the song and that the royalties of the song will still go to its creator. 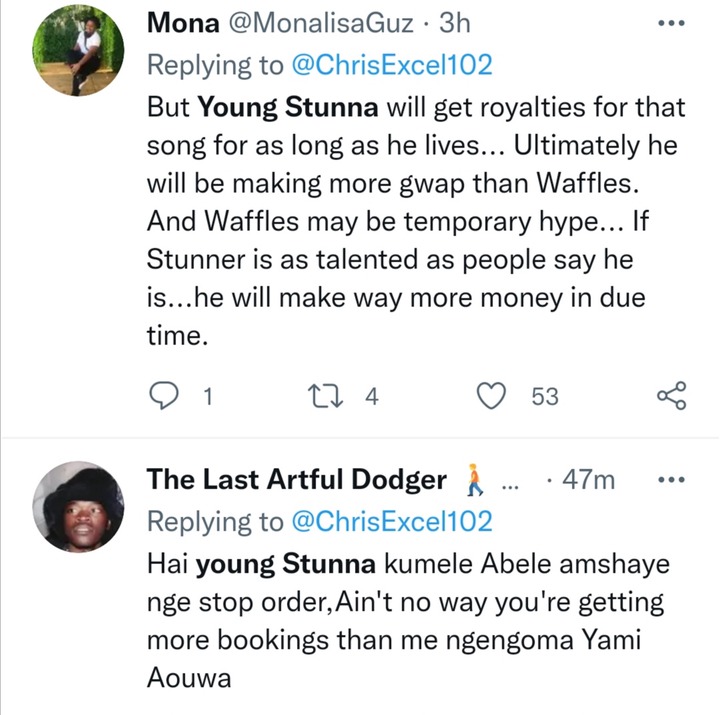 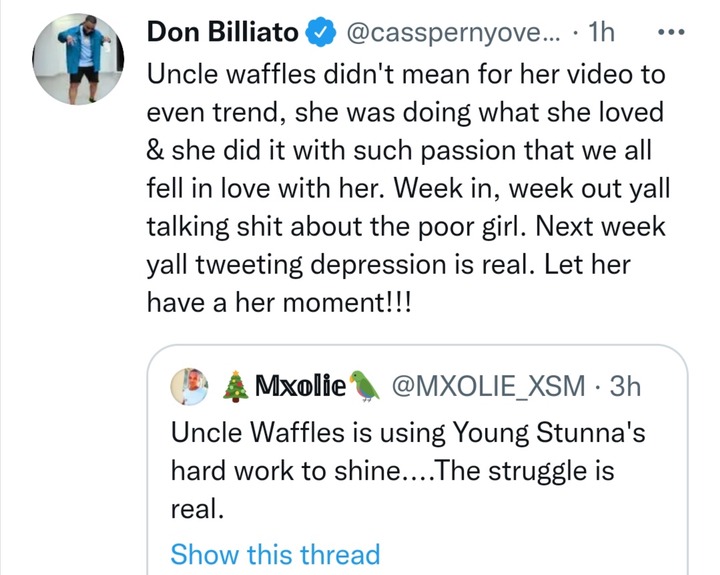