Again its Cassper Nyovest Versus AKA over a TV show.

The Braai Show with AKA/Cassper Nyovest is a celebration of what it means to be young and free in Mzansi and will provide viewers a unique opportunity to take a glance into the lives of Mzansi’s most intriguing personalities as they were hosted by the award-winning rapper Kiernan Jarryd Forbes, professionally known as AKA and now it's Casper Nyovest. 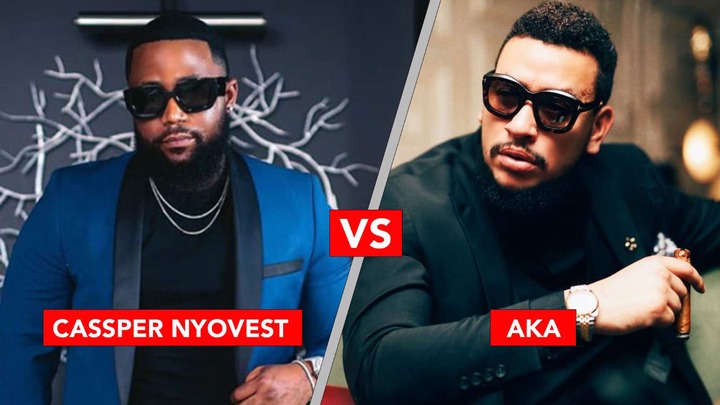 These two are well known artists on the same genre of music but it has been reported that the two don't get along and maybe the cause might be who's is the boss in the industry.

This show called the Braai show on South African Broadcasting Commission (SABC) has fueled the hatred and fight between the two celebrities.

This show decided to replace AKA by his enemy Cassper Nyovest to be the new show.

Entertainment commentator Mr Kgopolo Mphela, tweeted The Braai Show views statistics, comparing South African rappers AKA and Cassper Nyovest and it has been reported that the show is now loosing viewers due to the hosting of Casper Nyovest.

Cassper’s debut drew in over 2,2 million views while AKA’s season (in November 2020) pulled 2,88 million views. Which then simple means viewers prefers AKA over Casper Nyovest.